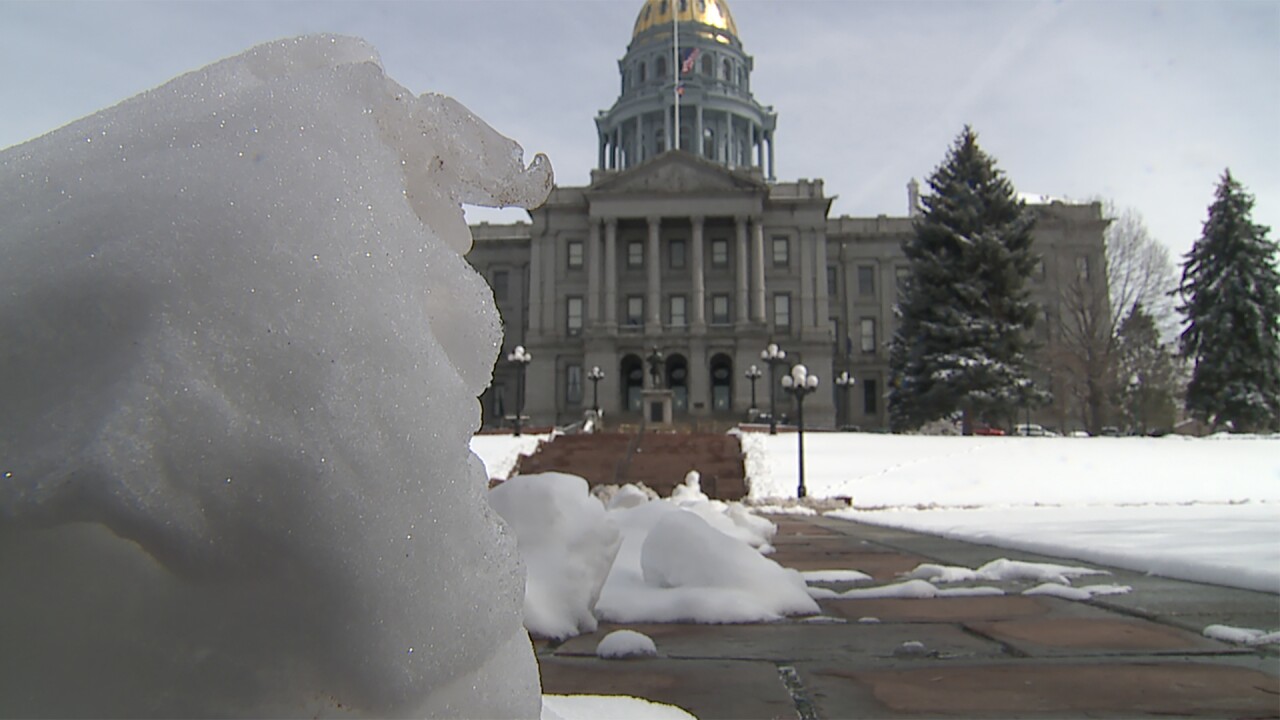 Copyright 2019 Scripps Media, Inc. All rights reserved. This material may not be published, broadcast, rewritten, or redistributed.
Denver7
As most of Colorado hunkered down for a blizzard that hit Denver in the mid-morning hours Wednesday, the Colorado Senate was busy working. 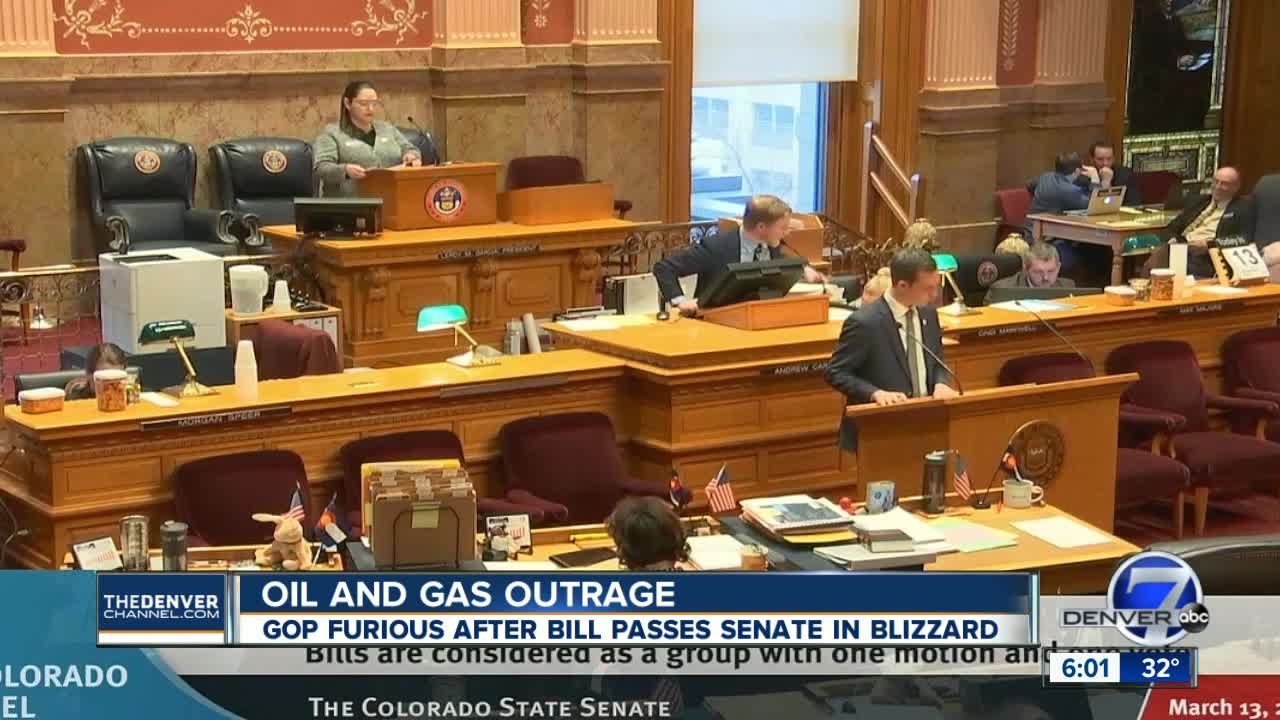 DENVER – As most of Colorado hunkered down for a blizzard that hit Denver in the mid-morning hours Wednesday, the Colorado Senate was busy working.

Senate Democrats passed the controversial local control oil and gas measure, SB19-181, out of the Senate on a 19-15 vote and over to the state House. Another major Democratic priority, the FAMLI Family Medical Leave Insurance Program bill (SB19-188), passed out of the Senate Business, Labor, and Technology Committee.

In passing the two measures at the onset of and in the midst of the blizzard, Democrats drew the ire of some Republicans and those in the oil and gas industry. Many claimed that discussing the measures at times when few people could make it to the Capitol for public comment and to witness floor debate skirted the democratic process.

“When, tragically, a trooper died in the storm, we said, ‘Politicians are more important than our constituents,’” said Sen. Owen Hill, R-El Paso County. “We said, ‘If you want to speak into this important bill, you have to drive through this storm.”

Senate Majority Leader Steve Fenberg, D-Boulder, who is the bill’s sponsor, said he saw the criticism as sour grapes.

“We felt like we’ve got a lot of work to do. We have less than half the session left,” he told Denver7 Thursday. “We don’t have the luxury to slow things down just because of snow.”

But the oil and gas industry slammed the bill’s passage and vowed to continue to fight the measure in the House.

“We will continue to work with any lawmakers who are willing to listen to the truth about Senate Bill 181. Our state deserves better than what we have witnessed in the Senate in recent days,” said Colorado Oil and Gas Association President Dan Haley and Colorado Petroleum Council spokesman Ben Marter in a joint statement.

The spat between Democrats and Republicans Wednesday over the actions during the blizzard is carrying over from earlier this week, when Republicans brought a 2,000-page bill to the floor to be read in full – a delay Democrats cut down by using five computers to speed read the measure. Fenberg said those delays were “unnecessary,” he said.

And he pushed back against the industry’s vehement opposition to the bill.

Fenberg said he and other lawmakers have made amendments to the bill and clarifications regarding technical review panels that could review conflicts between local governments and oil and gas companies and defended what he said has been 30 hours of debate on the measure ahead of passage.

“This bill has been debated, amended, discussed I think more than any other bill this session,” Fenberg said. “We had a full body in the Senate yesterday when this passed third reading, so clearly senators were able to be there.”