This is why Super Tuesday matters 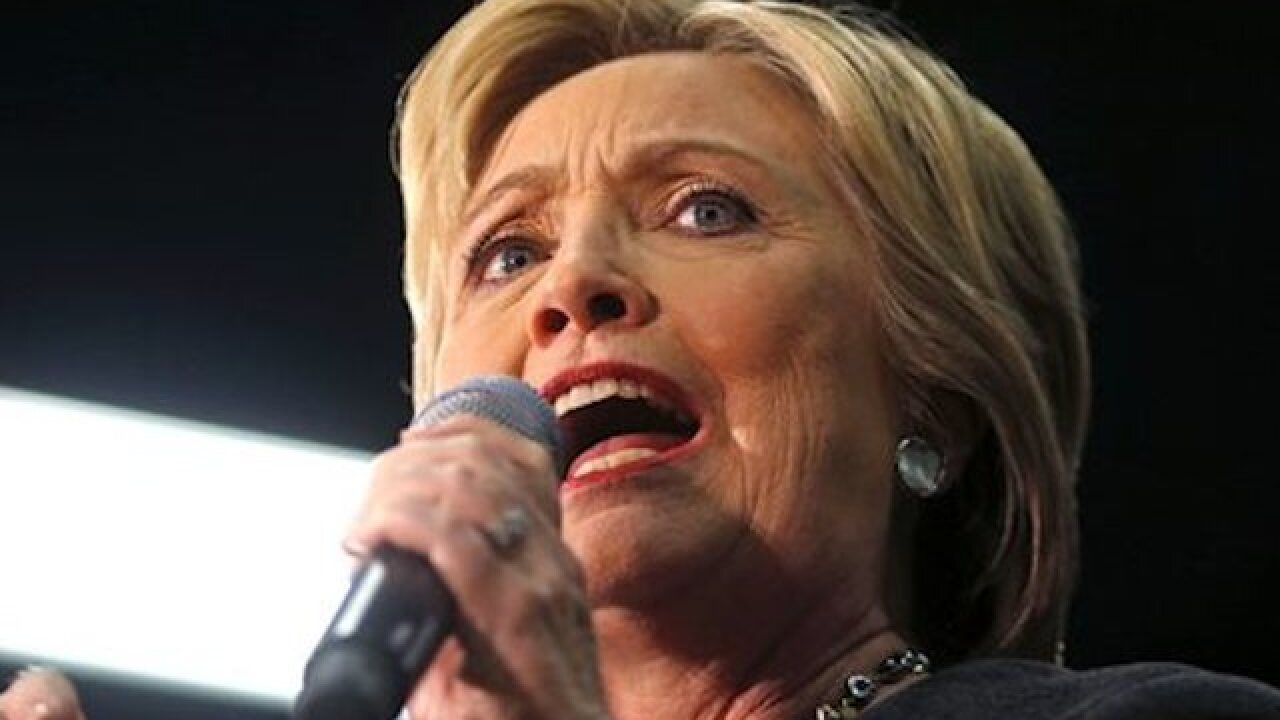 Super Tuesday is the big gulp moment for any presidential candidate who makes it that far. It's the biggest day of competition in American democracy except for Election Day itself, with a quarter of the country getting its say in the presidential race, all in one day. It's super nail-bitey, super expensive and often super-clarifying - the killer and maker of dreams.

The two front-runners, Democrat Hillary Clinton and Republican Donald Trump, hope Super Tuesday is definitive for them - signaling the inevitability of their march toward the party nominations.

Clinton challenger Bernie Sanders and Trump rivals Marco Rubio and Ted Cruz are desperate to drag out the drama a little longer.

So will it set everything straight in the chaotic presidential race?

Maybe. Quite possibly not.

Five Republicans are still mixing it up, but all the bellowing is either by or about GOP front-runner Donald Trump. The New Yorker is driving toward the Republican nomination and his rivals are trying to splatter him with everything they have.

Tuesday will answer whether Marco Rubio's debate-night transformation from bland RubioBot to Marco Rambo can begin to take down the months-long leader in preference polls and now delegates.

The fight that the Republican establishment long wanted has been engaged. Whether it's too late to stop the outsider capitalist-populist is the question.

And it's not all high-minded rhetoric by any means. Trump made fun of Rubio's ears; Rubio cracked that Trump may have wet his pants during the debate.

Hillary Clinton, the establishment pick, scored a weekend blowout in South Carolina on Saturday, looks strong in many Super Tuesday states and would become an overwhelming favorite for the nomination if she performs to expectations.

A surprise could reinvigorate Bernie Sanders, her socialist-populist rival who has tapped deep political passions but needs more actual victories, and soon.

Immigration policy, the swollen U.S. debt, the uneven spread of wealth and hard questions about how to approach the Islamic State, terrorism and civil liberties are all in play for voters.

So is the fate of fundamental social policy as the Supreme Court stands ideologically divided. A vacancy may not be filled until after the next president takes office in January.

Trump's agenda lacks detail on most fronts and often seems improvised. But there's little doubt about his intended approach on several major matters.

He would try to browbeat trading partners and others into doing his will. He would be on the hook for somehow carrying out mass deportations of people in the country illegally, for temporarily banning non-U.S. citizen Muslims from coming into the country and for replacing President Barack Obama's health care law with a system that does not, as he put it, leave people to die on the street.

Democrats have a choice between liberal pragmatism and liberal ambition.

Sanders preaches free college, a transformation of health care to a government-financed "Medicare-for-all" system and a breakup of big banks as part of an agenda centered on shrinking the gap between rich and poor.

That means a far heftier safety net, at the cost of higher taxes and what a lot of economists say would be higher national debt. Clinton says his goals are politically impossible and she would follow an achievable, yet still activist path.

Until now, it was ephemeral. Who's doing better and worse than expected? Who's rising and falling? Who's got, you know, momentum?

It's mainly about the number of delegates now - the inexorable grind of arithmetic.

Until now, voters in four states have picked not much more than a sliver of the delegates who are needed to clinch the party nominations.

That changes overnight, with each party holding contests in 11 states. Democrats also vote in American Samoa.

Republicans will allocate 595 delegates from the results of Super Tuesday, nearly half of the 1,237 needed for the nomination.

Democrats will allocate 865, more than one-third of the necessary 2,383.

In the Democratic race, factoring in the hundreds of superdelegates, or party insiders who can support a candidate of their choice, Clinton leads with 546 delegates, according to AP's count, while Sanders has 87.

As enormous as the prize is on Tuesday, no one candidate can win their party's nomination on the night. The delegate trove is proportional in each party, and delegates will be divvied up according to how well each contender does.

That's an oversimplification of an arcane process, but the bottom line is that a strong second place in a particular state can be worth almost as many delegates as a victory. So the perception of who's making headway still matters. A candidate on the move can attract more money, national attention and voter interest.

At least for a few more weeks.

A series of winner-take-all Republican primaries is coming, none bigger than Florida on March 15, where a cache of 99 delegates is at stake and Rubio will be bidding furiously for a home-state victory against Trump, a part-time resident who got a head start on organizing there.

TEXAS AND THE SOUTH

The South bid for more influence in this campaign by adding states to its Super Tuesday roster, naming this subset the SEC primary in a nod to the Southeastern Conference of college sports. Clinton demonstrated her pull with black voters in South Carolina, suggesting she may do well in other Southern states with significant black populations.

The biggest Super Tuesday state overall is Texas, where Sen. Cruz has a home-state advantage built on prime endorsements from the governor down the political chain and a veritable army of some 27,000 volunteers.

Everything in politics is double-edged, though.

If Trump's rebel yell attracts enough support to make him the winner or even a close second, Cruz will face sharp questions about his viability.

As well, Republicans vote in Alaska and Democrats in Colorado. Democrats also have a contest in American Samoa and for Democrats Abroad.

In the 12 states holding contests, polls close at 7 p.m. EST in three (Virginia, Georgia and Vermont), and at 8 p.m. EST in four more (Oklahoma, Alabama, Tennessee and Massachusetts). The rest, Eastern time: 8:30 p.m. in Arkansas, 9 p.m. in Texas, Colorado and Minnesota; and midnight in Alaska.

© 2016 The Associated Press. All rights reserved. This material may not be published, broadcast, rewritten or redistributed. Learn more about our Privacy Policy and Terms of Use.