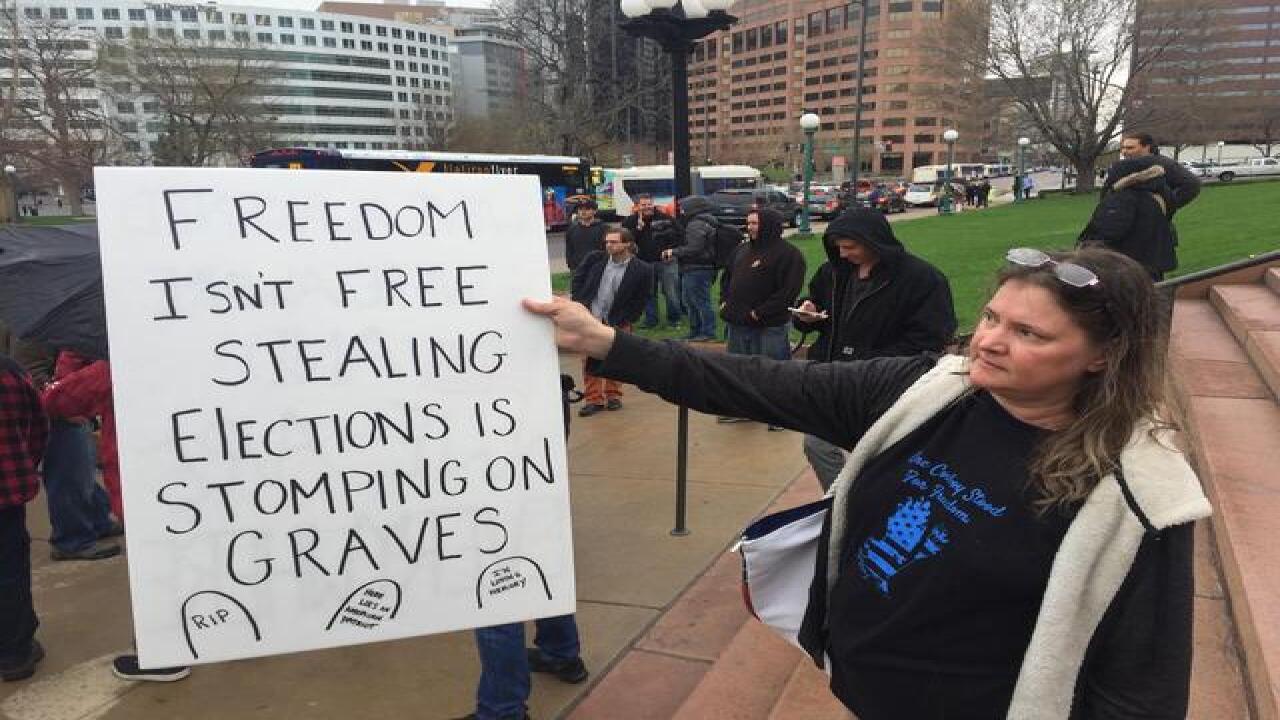 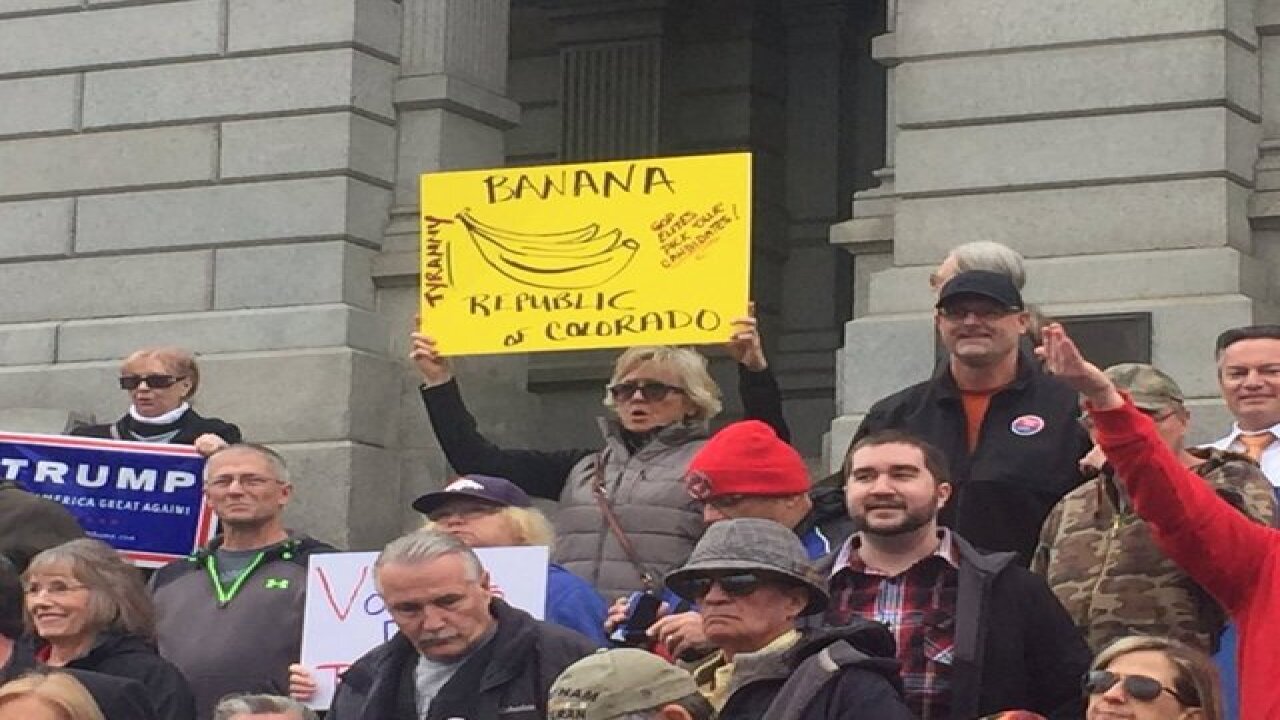 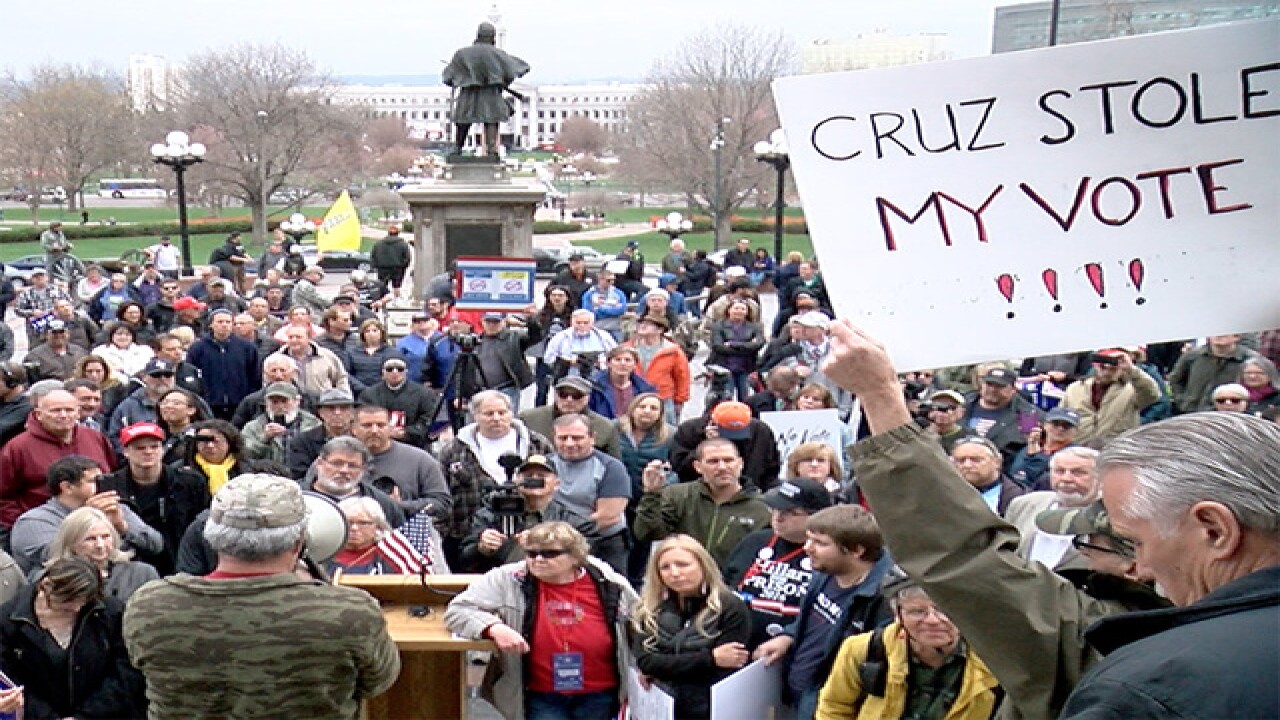 Outside the state Capitol Friday, about 200 anti-GOP protestors, mostly Trump supporters, gathered to protest the results of the Republican state convention in Colorado Springs last week.

"For my entire adult life the Republican Party has failed me," said Erin Behrens, an Arvada mother who supported Trump and organized the protest. "They make me so many promises and they never deliver."

Many in the crowd, chanting "Trump" and "Stop the Steal," said their voices were not heard after Ted Cruz took all 34 of Colorado's delegates.

"I don’t know what to do anymore to be honest with you," said Russell Walker, a Trump supporter. "We're just normal people. We thought that when we had a candidate we wanted to vote for, we’d be able to come vote for them. I didn't get to vote."

Protest organizers demanded the state GOP hold an emergency straw poll to give people a chance to vote.

If not, former Trump staffer Jim Baker said they will take the fight to the Republican National Convention in Cleveland.

"We will demand that every delegate from Colorado be thrown out of the convention because they’re Trojan horse delegates and they don’t belong," said Baker.

The turnout was smaller than anticipated, but Baker said the weather and the 3 p.m. start time kept many from coming to show their support.
PHOTOS: Anti-GOP, Pro-GOP protesters clash in Colorado
Baker said the system set up by "party bosses" did not represent the popular vote.
"Maybe we could have gotten a couple delegates if we had organized better, if you want to say that, but I don’t see that," said Baker. "But the main issues is [sic] we could have organized and organized and organized, but our voters weren’t allowed to vote."
Scripps Only Content 2016