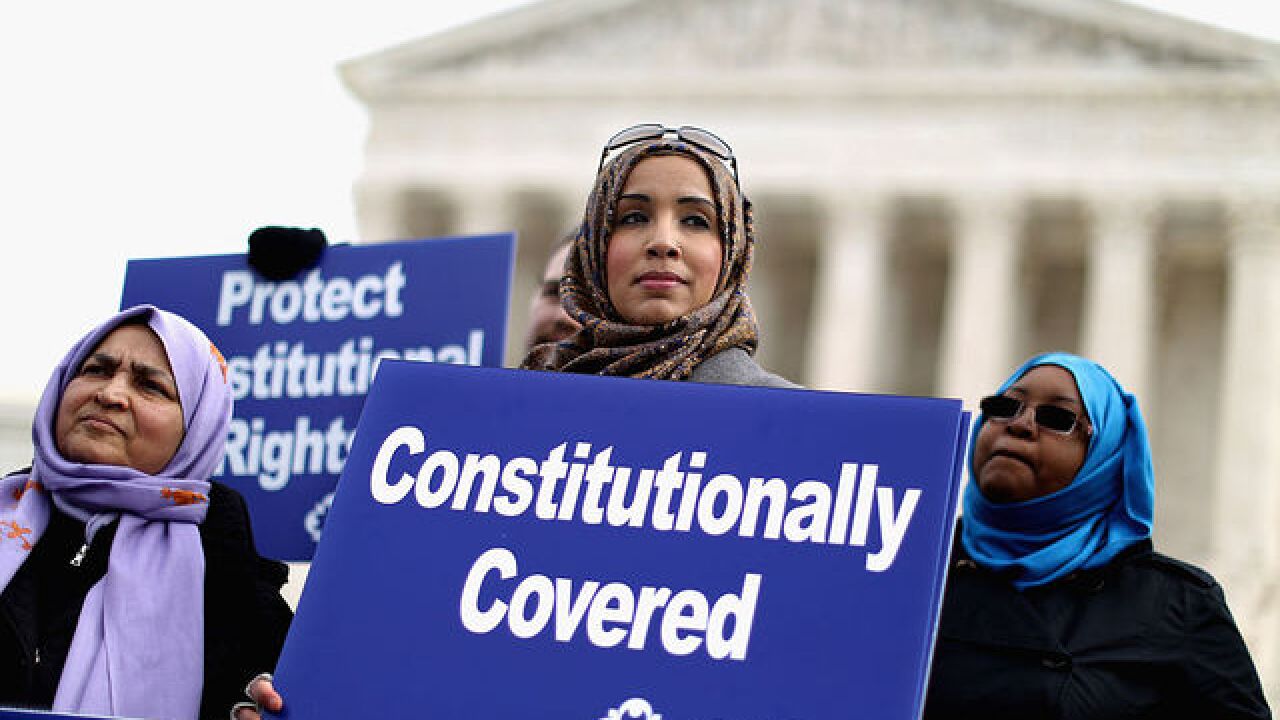 2015 Getty Images
Chip Somodevilla
<p>WASHINGTON, DC - FEBRUARY 25: Zainab Chaudry (C) joins other supporters from The Council on American-Islamic Relations during a news conference outside the U.S. Supreme Court after the court heard oral arguments in EEOC v. Abercrombie & Fitch February 25, 2015 in Washington, DC. Samantha Elauf of Tulsa, Oklahoma, filed a charge of religious discrimination with the Equal Employment Opportunity Commission saying Abercrombie & Fitch violated discrimination laws in 2008 by declining to hire her because she wore a head scarf, a symbol of her Muslim faith. (Photo by Chip Somodevilla/Getty Images)</p>

DENVER – The Council on American-Islamic Relations will open a new chapter in Colorado as it expands its operation nationwide to include more local chapters.

The Colorado chapter is one of three new ones the organization is opening, bringing its total number of regional office to 30. CAIR is the largest Muslim civil rights and advocacy organization in the U.S.

CAIR says its new Colorado chapter will work on civil rights cases, increase community participation within the Muslim community, and build relationships with lawmakers and law enforcement on civil rights.

The chapter will open amid a slew of possible hate crimes against Muslims in Colorado over the past few months.

In January, the FBI joined an investigation into signs left at an Aurora immigrant and refugee center that threatened to “blow up” refugees.

Also in January, a self-proclaimed radicalized Muslim shot and killed a security officer working as an RTD guard at Union Station, though officials have not linked that shooting to being a hate crime.

In early January, an 83-year-old Longmont man was pressured by neighbors and the city to take a sign down that read, “Muslim’s kill Muslim’s [sic] if they don’t agree. Where does that leave you, ‘infidel.’”

On Feb. 7, the FBI was also called in to help El Paso County Sheriff’s Office investigators work to find out whether or not an Indian family in Peyton, Colo. was the victim of a hate crime. Their home was vandalized with eggs, dog feces, bath tissue, and papers scrawled with messages regarding their racial and ethnic background.

In March, CAIR called for a federal and state investigation into a man who was eventually arrested for vandalizing the Islamic Center of Fort Collins, destroying windows with rocks and throwing a Bible through glass doors.

And a lawsuit was filed last month accused three guards at the Sterling Correctional Facility of deliberately letting off a pepper spray bomb into a room a group of Muslims were about to pray in.

The Southern Poverty Law Center has identified 16 “hate groups” in Colorado that were operating in 2015, including several anti-Muslim and neo-Nazi groups. More on those groups can be found here.

"The addition of these new chapters reflects the tremendous support CAIR is receiving from the American Muslim community and from the larger society in the post-election period, and demonstrates the necessity to challenge growing bigotry targeting American Muslims and members of other minority communities," said CAIR National Executive Director Nihad Awad.

It’s unclear at this time exactly where Colorado’s chapter will be based. Requests for clarification have been made to CAIR-Colorado chapter members.