US says it will release, reunite 50 immigrant children 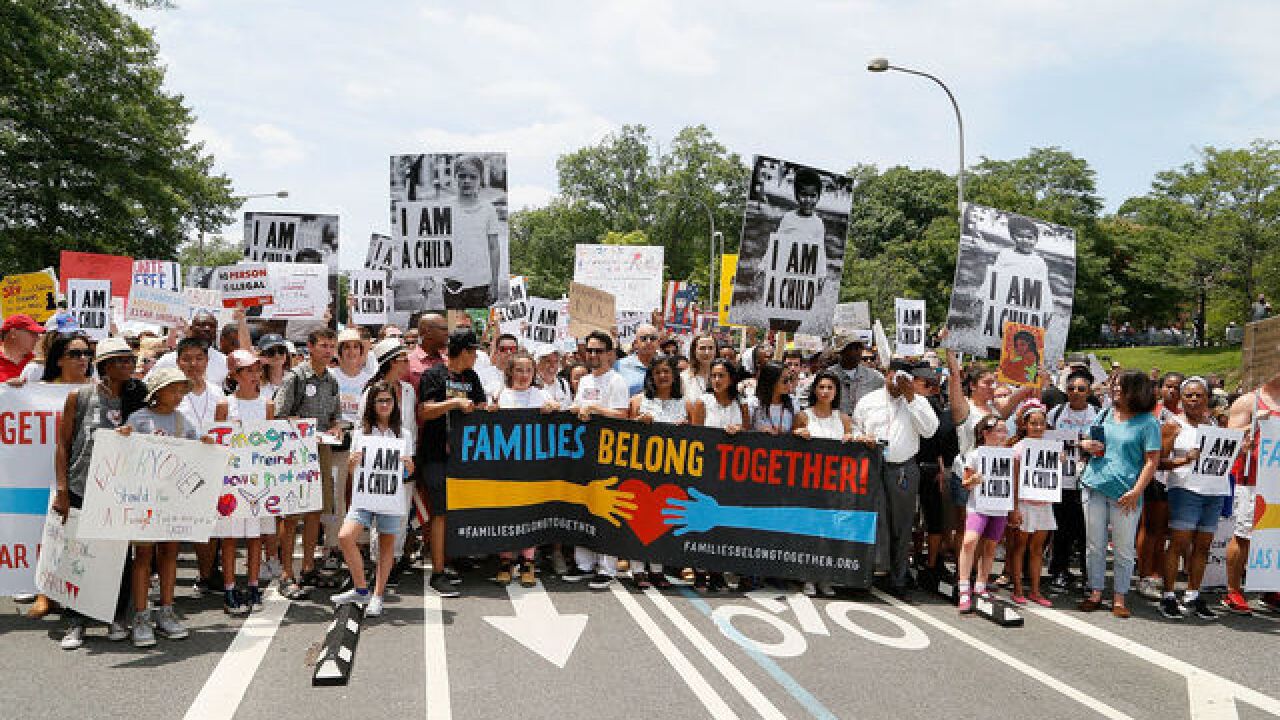 2018 Getty Images
Paul Morigi
<p>WASHINGTON, DC - JUNE 30: Composer Lin-Manuel Miranda (C) joins MoveOn, National Domestic Workers Alliance, and hundreds of allies after a rally at the White House to tell President Donald Trump and his administration to stop separating kids from their parents on June 30, 2018 in Washington, DC.Ê Families belong together, and we need to end this -- now. The group then marched and surrounded the Department of Justice to bring the message to Attorney General Jeff Sessions that zero tolerance must end.  (Photo by Paul Morigi/Getty Images for MoveOn.org)</p>

SAN DIEGO (AP) — At least 50 immigrant children under age 5 will be released with their parents by Tuesday's court-ordered deadline for the Trump administration to reunify families forcibly separated at the border, a government attorney said Monday.

That's only about half of the 100 or so children covered by the court order.

At a court hearing, Justice Department lawyer Sarah Fabian acknowledged the Trump administration won't meet the deadline for all the youngsters.

She said the government was still working to do background checks and confirm the relationships between the adults and children in its custody.

More than 2,000 children in all were separated from their parents by U.S. immigration authorities at the border this spring before President Donald Trump reversed course on June 20 amid an international outcry and said families should remain together.

Late last month, U.S. District Judge Dana Sabraw set deadlines of Tuesday to reunite children under 5 with their parents and July 26 for older children. On Monday, the Justice Department updated the judge on its progress.

Before the court hearing, American Civil Liberties Union attorney Lee Gelernt said that a judge can impose sanctions, usually fines, for failure to meet a deadline but that the organization is not pressing for that at this time.

He said the ACLU instead wanted a detailed explanation of when all families will be reunited.

"At this point what we need is very specific, concrete steps," he said.

Gelernt said the youngsters "have already suffered so much because of this policy, and every extra day apart just adds to that pain."