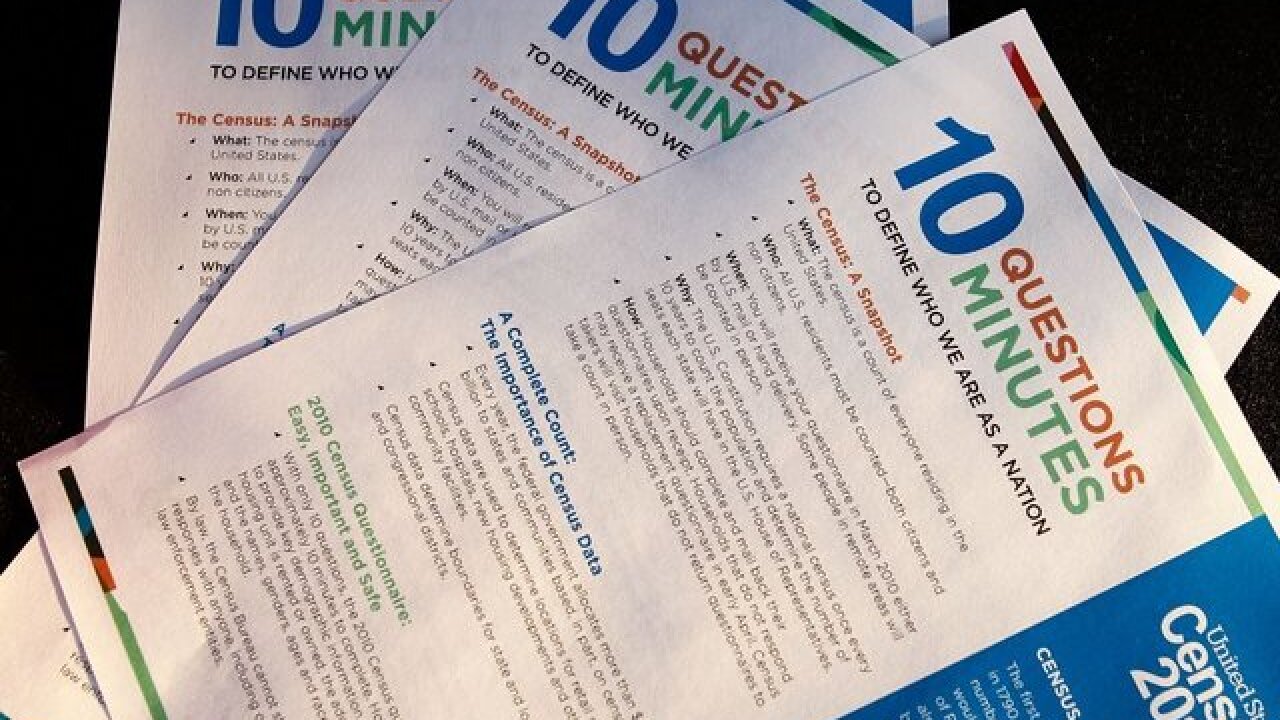 WASHINGTON (AP) — The Commerce Department says the 2020 U.S. Census will include a question about citizenship status, a move that brought a swift response by the California attorney general to oppose it.

But opponents say the question will discourage immigrants from responding to the census. A coalition of state attorneys general urged the Commerce Department last month to not add such a question, saying it could lower participation among immigrants and cause a population undercount.

The decennial census helps determine political representation in Congress, federal funding of programs and other matters.

Commerce says that between 1820 and 1950, almost every decennial census asked a question on citizenship in some form.

California Attorney General Xavier Becerra said the state will sue the Trump Administration over its decision to add a citizenship question to the 2020 Census.

"We're prepared to do what we must to protect California from a deficient Census," he said. "Including a citizenship question on the 2020 census is not just a bad idea — it is illegal."