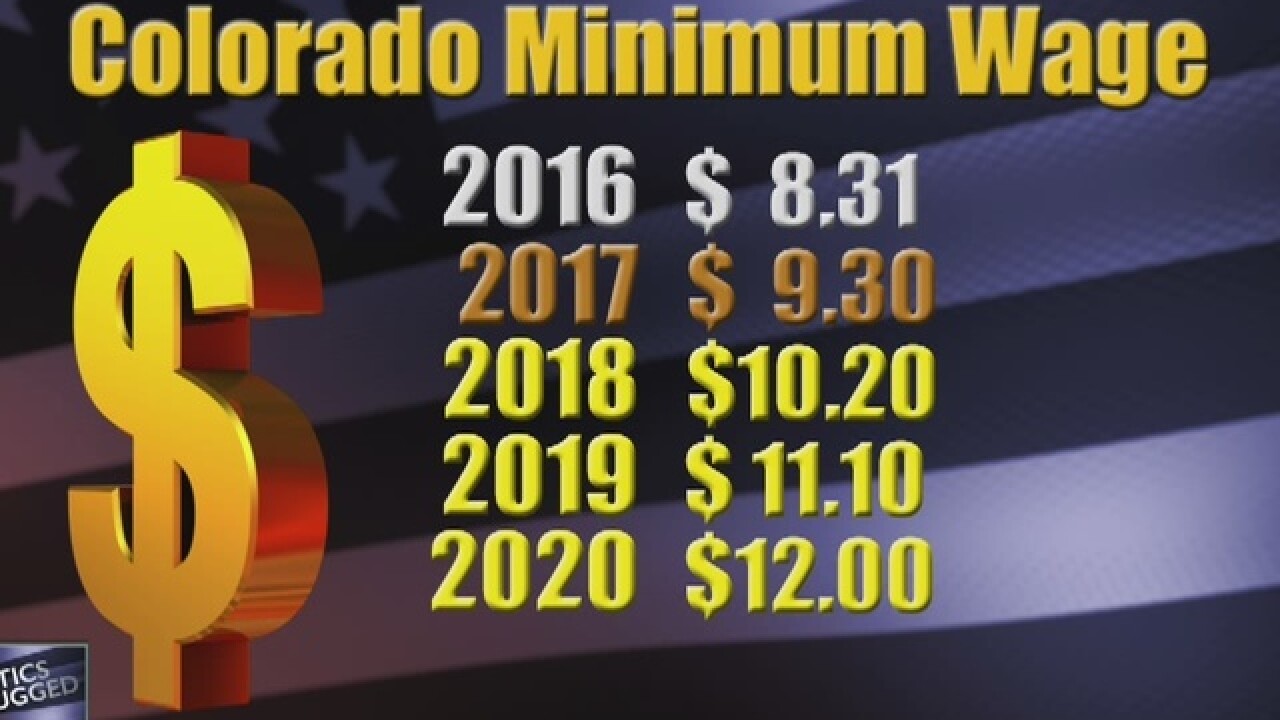 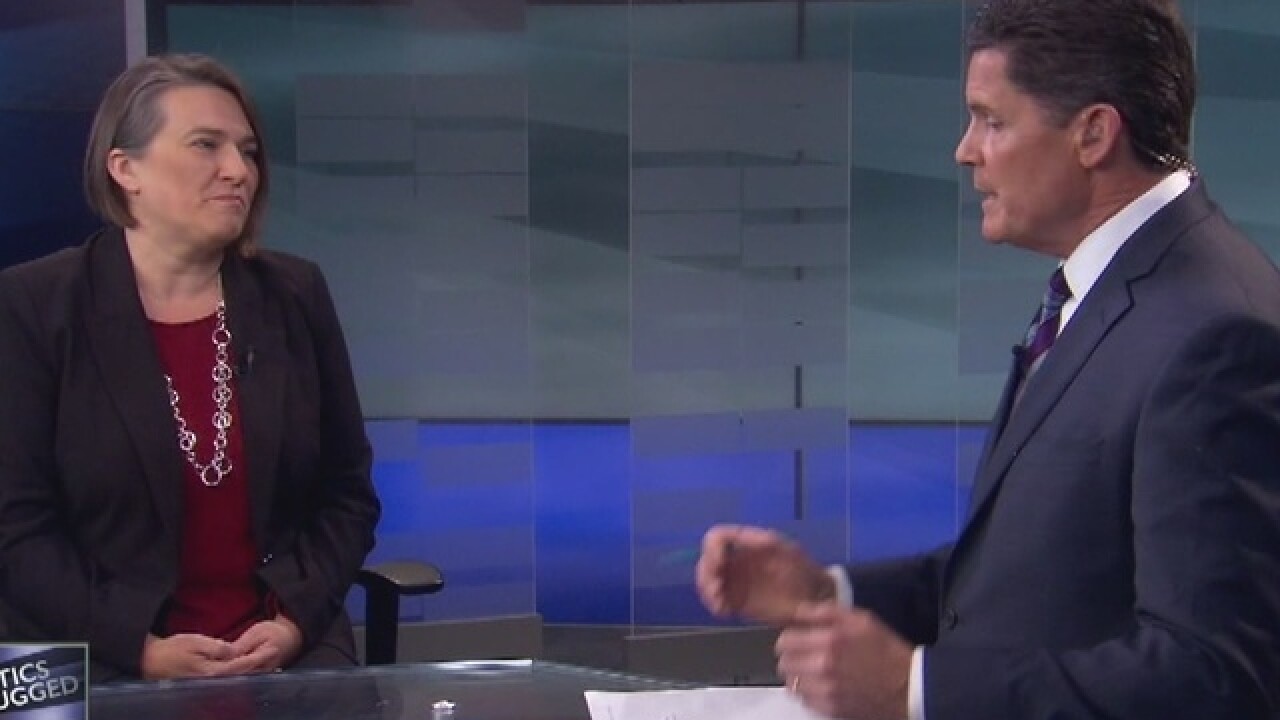 DENVER -- Minimum wage workers in Colorado got a pay raise at the beginning of 2017.

Back in November, voters approved Amendment 70 which will raise the minimum wage to $12 an hour in 2020.

Jennifer Greenfield of the University of Denver’s Graduate School of Social Work conducted a study that looked at the impact an increased minimum wage could have on the Colorado economy. She talked about that study with Denver7’s Mitch Jelniker on this week’s Politics Unplugged.

Greenfield said the increase will improve the incomes of 20-percent of Colorado households with children, noting that women are the breadwinners in about half of those families.

“There’s a myth that the minimum wage workers are teenagers, so we are just going to be giving pocket change to the teenagers,” Greenfield told Jelniker. “We found 85 to 90-percent of the people who receive minimum wage are over the age of 20 so this really is something that benefits families and working adults.”

Critics worried that raising the minimum wage too much too soon would result in higher prices, job loss, even some business closures.

Greenfield doesn’t believe that will be the case.

“We haven’t seen that happen in other places where the minimum wage has increased,” Greenfield said. “It’s possible that there might be a tiny bump in prices, and certainly in some restaurants there might be a little more than others. But we found that overall, across the economy, the increase in prices would be a tenth of a percentage point.”