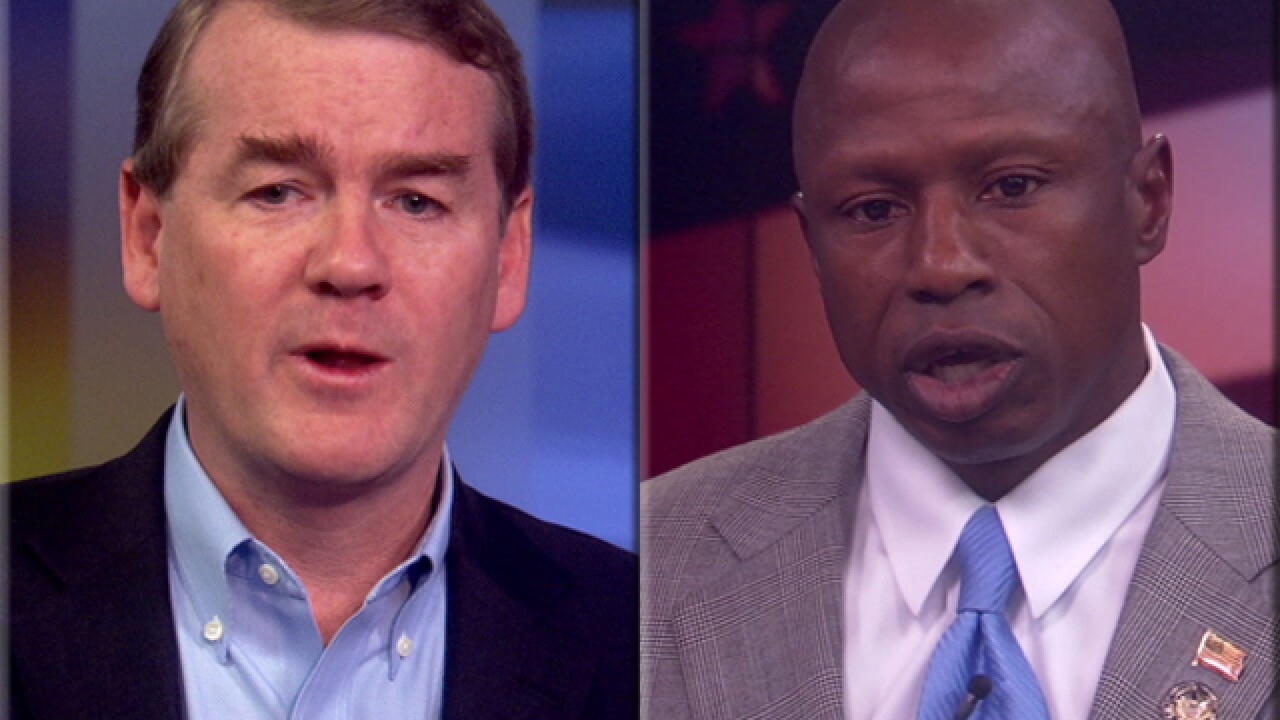 It goes without saying that Colorado's candidates for U.S. Senate don't see eye to eye on many issues.

The two candidates don't appear together.  Glenn turned down a Denver7 invite to appear in a live debate.  Bennet turned down a Politics Unplugged invitation to appear with his opponent on the politic show.  Instead, the candidates came to the Denver7 studio separately and faced many of the same questions from Zelinger and Trujillo.

In the three videos above, you can see the show as it appeared on TV, the candidates answers to many of the questions edited together.

You can also see the raw interviews, which are much longer and contain a few more issues than we were able to cover in the time allowed on Politics Unplugged.

Politics Unplugged airs Sundays at 4pm on Denver7.  You can see prior segments from the show, including one-on-one interviews with many of the candidates running for office this November on the Politics Unplugged website.