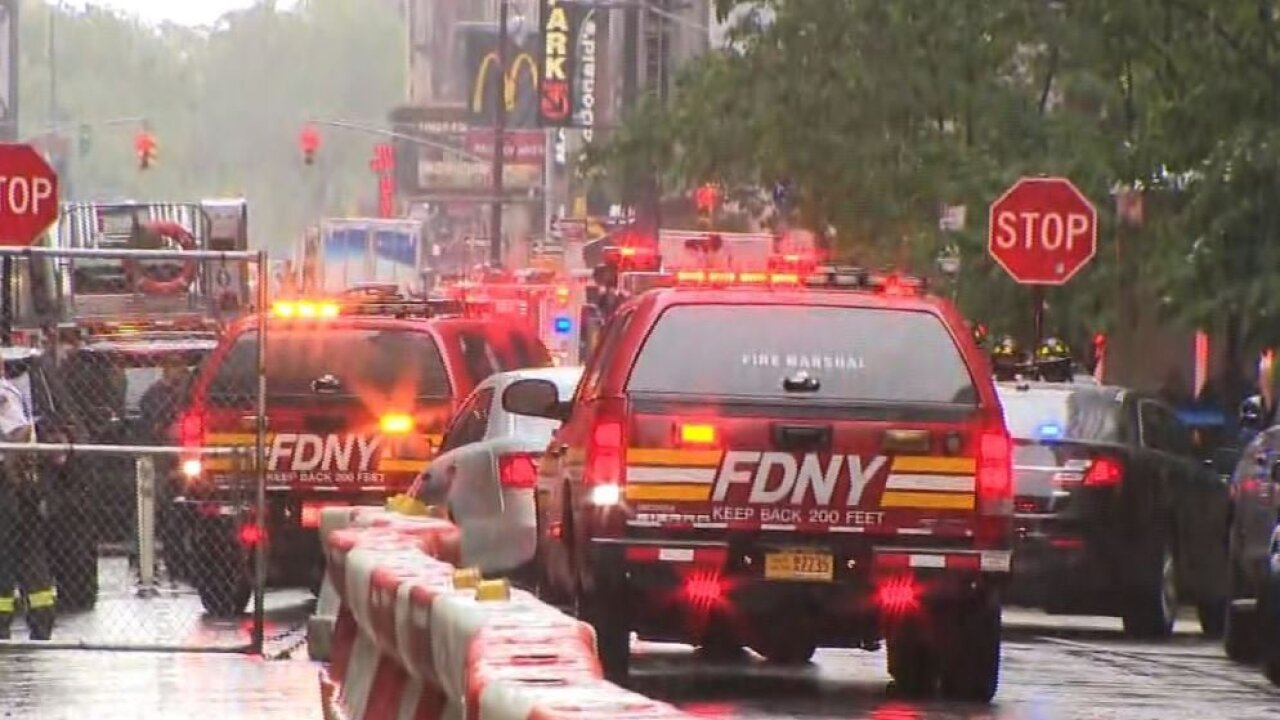 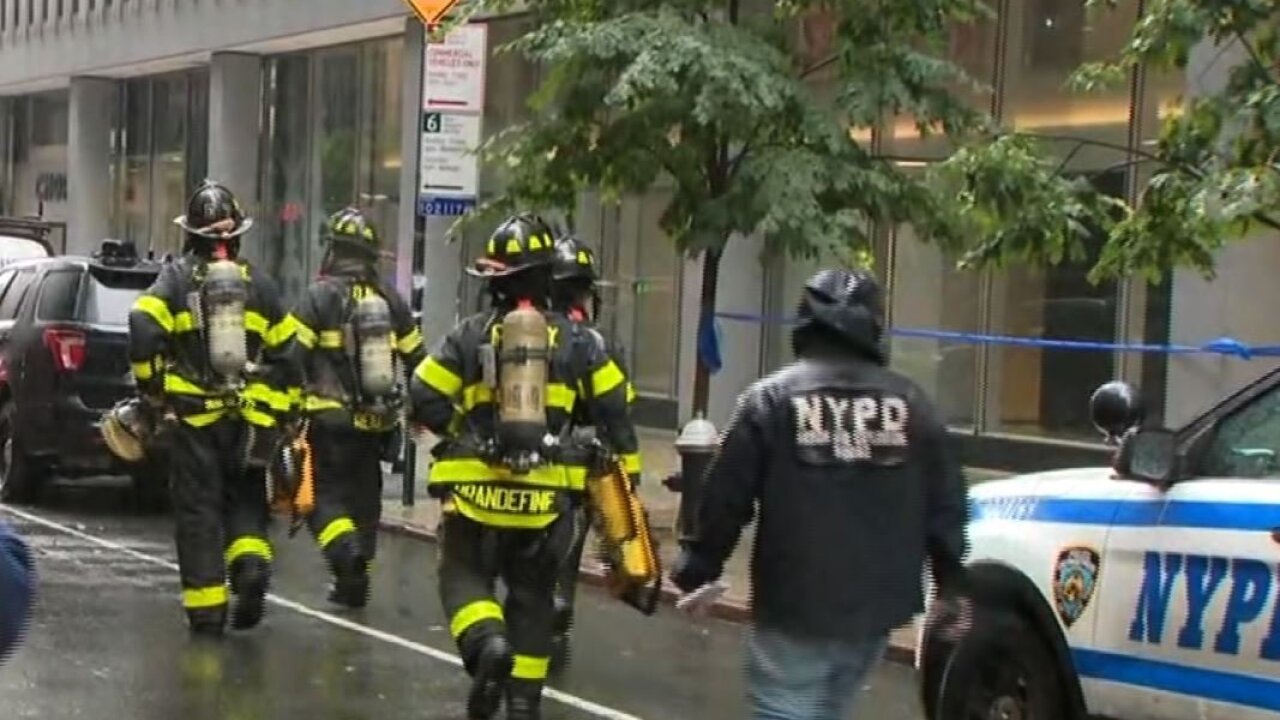 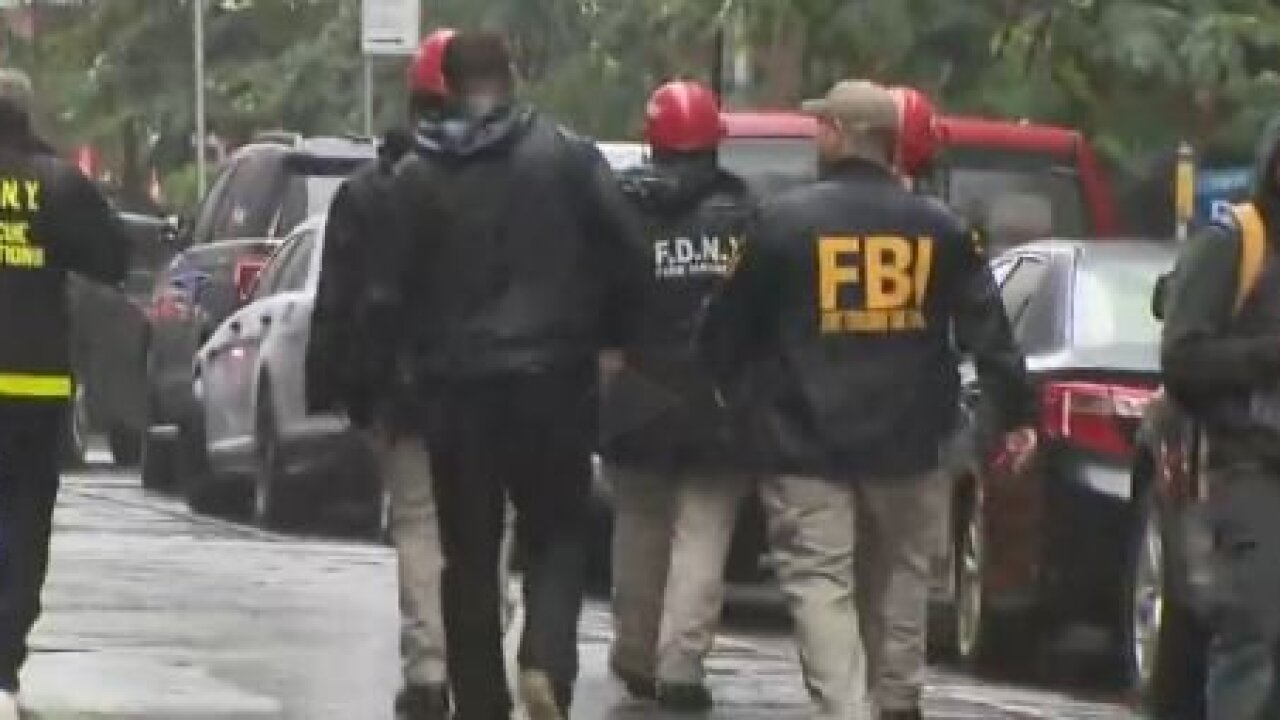 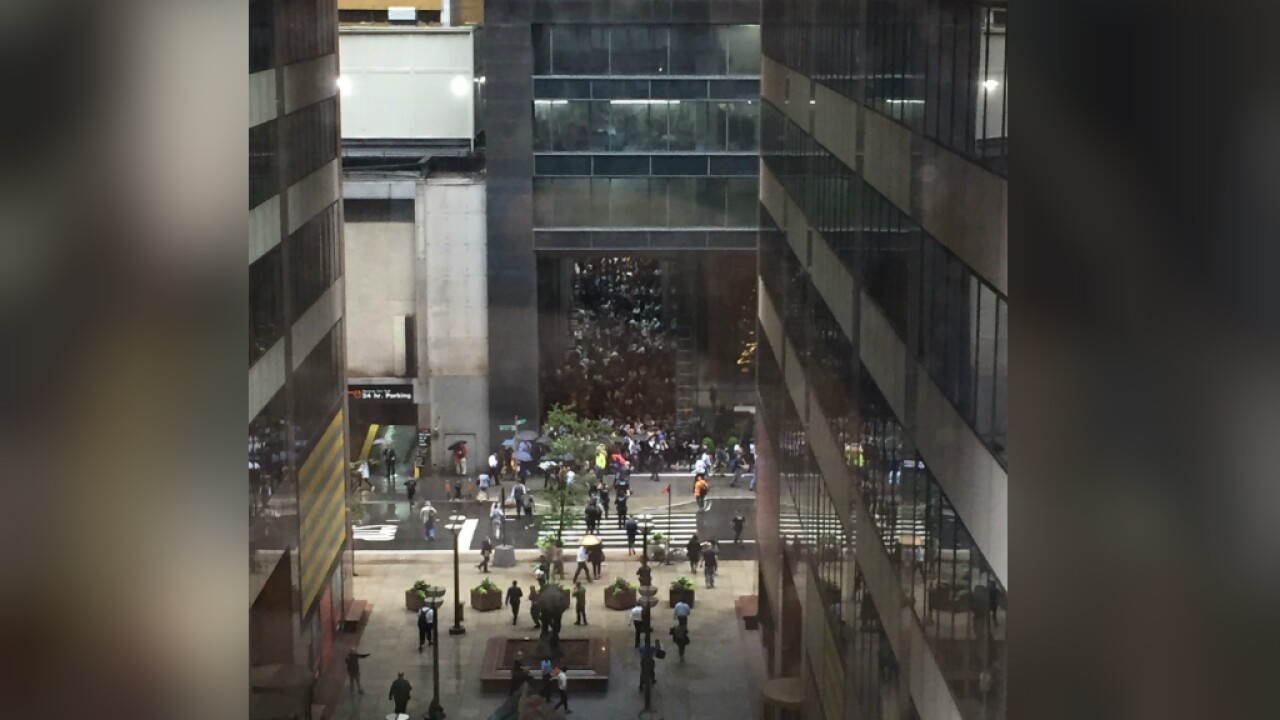 A helicopter crash-landed on the roof of a midtown Manhattan building Monday, sparking a fire and killing one person believed to be the pilot, New York City officials said.

Mayor Bill de Blasio said there was no indication that the crash was an act of terror, and he said there were no injuries to anyone in the building or on the ground.

"I want to just say, thank God for that. This could have been a much worse incident," he said.

The helicopter took off from the 34th Street heliport at about 1:32 p.m., NYPD Commissioner James O'Neill said, and it crashed on the roof of 787 Seventh Ave. about 11 minutes later.

A fire broke out when the helicopter crashed, and the FDNY reached the roof and put out the fire quickly, FDNY Commissioner Daniel Nigro said.

The deceased pilot has been identified as Tim McCormack, law enforcement sources said. His family has been notified, according to one source.

O'Neill could not say whether the pilot made an emergency call from the Agusta A109E helicopter.

"That's part of the investigation, to see if there was any contact made with air traffic control," he said.

At the time of the incident, moderate to heavy rain was falling in the city and visibility at Central Park was down to 1.25 miles. Winds were from the east at 9 mph.

Based on interviews the NYPD conducted at the 34th Street heliport on Manhattan's east side, the pilot was waiting out the weather but for some reason decided it was okay to go, another law enforcement source told CNN.

The pilot then flew around Battery Park on the southern tip of Manhattan, up the west side of the island and then, somewhere around the streets in the 40s, started to veer toward midtown Manhattan before ultimately crash landing, the law enforcement source said.

"The helicopter is pretty obliterated at this point," de Blasio said in an interview with CNN. "It was obviously a very hard hit, there was a fire on top of that. There's not much left of that helicopter. But look, we don't know what happened and why it happened, this is very unusual."

The Agusta 109E is an eight-seat, multipurpose helicopter manufactured in both single and twin-engine variants.

The National Transportation Safety Board said it is sending an aviation safety investigator to investigate the crash.

'You could feel the building shake'

At the time of the incident, moderate to heavy rain was falling in the city and visibility at Central Park was down to 1.25 miles. Winds were from the east at 9 mph.

Lance Koonce said he heard something that sounded like a helicopter flying very low, and when he looked out the window he saw a sheet of flame and smoke.

"It was over pretty quickly, and even the smoke did not last long," he said.

"It took a half hour to get from the 29th floor down to the ground floor. There were just too many people, it was too crowded, and everybody was trying to get off on all the floors at the same time," he said.

"You could feel the building shake, and you could actually hear the alarms."

He said when alarms went off, security told people to evacuate the building via the stairs and not the elevators. "We could feel it when it hit but no one knew what it was," he said.

Cuomo said the incident brought back memories of the September 11, 2001, terrorist attacks for New Yorkers.

"If you're a New Yorker, you have a level of PTSD from 9/11," he said. "And I remember that morning all too well. So as soon as you hear an aircraft hit a building, my mind goes where every New Yorker's mind goes."

President Donald Trump tweeted that he had been briefed on the crash.

"Phenomenal job by our GREAT First Responders who are currently on the scene. THANK YOU for all you do 24/7/365! The Trump Administration stands ready should you need anything at all," he tweeted.

'A debris field that was on fire'

The first firefighters were on the scene within five minutes, Thomas Richardson, FDNY chief of fire operations told reporters. The FDNY said firefighters climbed to the top of the 54-floor building to put out the three-alarm fire.

FDNY Lt. Adrienne Walsh, one of the department's first responders, described the roof scene as "a debris field that was on fire."

"So, I immediately got on the radio to let command know what we had on the roof so they, down below, could start sending the appropriate resources up to us on the roof," she told reporters.

Richardson said high-rise buildings present challenges, but the FDNY has ways to work around them.

"Within half an hour we had water on the fire and most of the fire extinguished," Richardson said.

US Rep. Carolyn B. Maloney, who represents the area in Congress, said the building at 787 Seventh Ave. was not equipped with a helipad. She called to ban non-essential helicopters from Manhattan.

"We cannot rely on good fortune to protect people on the ground. It is past time for the FAA to ban unnecessary helicopters from the skies over our densely packed urban city. The risks to New Yorkers are just too high," she said

McCormack had flown for American Continental Properties, the company that owns the helicopter, for the past five years, according to a company statement.

"We are mourning the loss of Tim McCormack," the statement said.

Nearly five years ago, in October 2014, McCormack was flying a different helicopter over the Hudson River with six tourists on board when a bird struck and broke part of the windshield, according to CNN affiliate WABC .

McCormack was forced to make an emergency landing at the West 30th Street heliport. No one was injured in the crash landing, according to the report.

McCormack said at the time that it was "pretty much like an explosion going off in your cockpit."

His passengers started screaming and crying, the station reported.

"A little bit of pandemonium," he told the station, recalling the incident. "You kind of gather yourself, and we headed over till we landed at 30th Street."