Dinosaur Ridge in Colorado ranked no. 1 track site in all of U.S.

Dinosaur Ridge in Colorado ranked no. 1 track site in all of U.S. 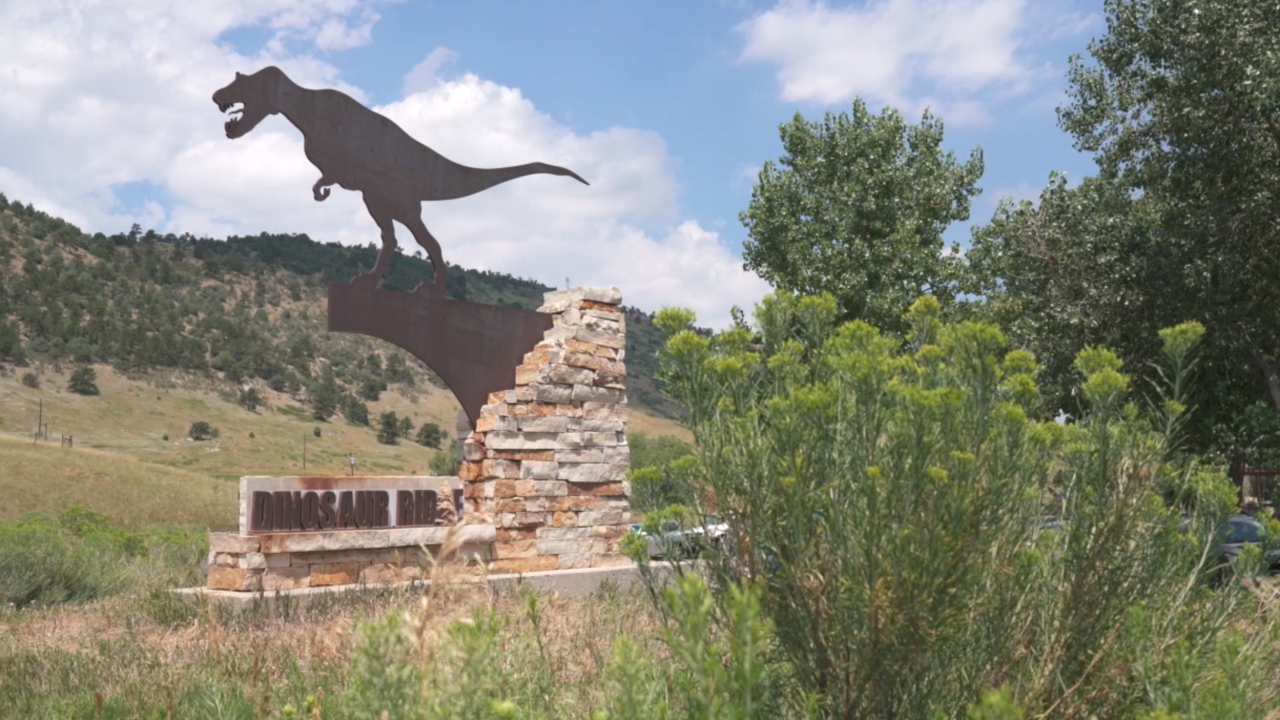 Dinosaurs are no longer roaming the earth, but their tracks live on. In the foothills on the Front Range of Colorado, a story can be told from pieces of the past left behind.

Dinosaur Ridge has been ranked by a panel of esteemed paleontologists as the no. 1 track site in all the U.S. One of those world-renowned paleontologists is Martin Lockley, who has spent his life studying dinosaur tracks.

“You're looking at a snapshot of an ancient environment," Lockley says.

In an area of just a few hundred square feet, 330 dinosaur tracks have been discovered. However, the land was very different 100 million years ago. Lockley says the giant prehistoric animals weren't a mile high in the Rocky Mountains.

They were on the beach at sea level in an environment very similar to present day Gulf of Mexico.

“We like to joke and call this beach-front property a 100 million years ago," Lockley says.

"If they're walking on wet sediment, like a beach or a mud flat or the shores of a lake, and it dries out, it becomes hard like concrete," Lockley explains. "And the next time there's a flood washing in more sediment, it will bury those tracks without them being eroded away."

Experts believe three different dinosaurs made their mark on this patch of land. Lockley says it's possible they were migrating along what used to be a coast. It's clear the western U.S. was a popular place to be, because there are more than 120 dinosaur track sites from Kansas to Utah. Martin suggests part of the reason is less vegetation in these states means more fossilized rock is exposed.

But if there are so many track sites, what makes Dinosaur Ridge the top of all track sites? Executive Director Jeff Lamontagne, with Friends of Dinosaur Ridge, says there was a list of criteria the panel considered.

Accessibility is the main reason Dinosaur Ridge has become so highly regarded.

"It's right outside a major metropolitan area, and there's a major road just a quarter mile from here," he says. "It's easy to see this compared to most other dinosaur track sites in the United States and in the world."

People can get so close to the tracks; in some places you can even touch them. Although the tracks have been well-preserved for millions of years, their current exposure to humans and the elements could make them erode over time.

Thankfully, with current technology, scientists can scan the surface and re-create it as 3-D permanent record. They also plan to build a cover to protect the land.

However, Friends of Dinosaur Ridge believe the hands-on part of the site is important for kids to continue learning about the planet's past. A past that can teach us about topics like climate change, evolution and extinction.

"We used to think that the dinosaurs all went extinct, but then we realized that some of them survived and evolved into birds," Lockley says.

For modern-day humans, Dinosaur Ridge will continue to be an intriguing learning opportunity, reminding people we aren't the only ones to experience life on Earth.

"It gives you a sense of wonder to imagine these enormous beasts living, playing, dying, a hundred million years ago," Lamontagne says.

If you'd like to reach out to the journalist for this story, email elizabeth.ruiz@scripps.com