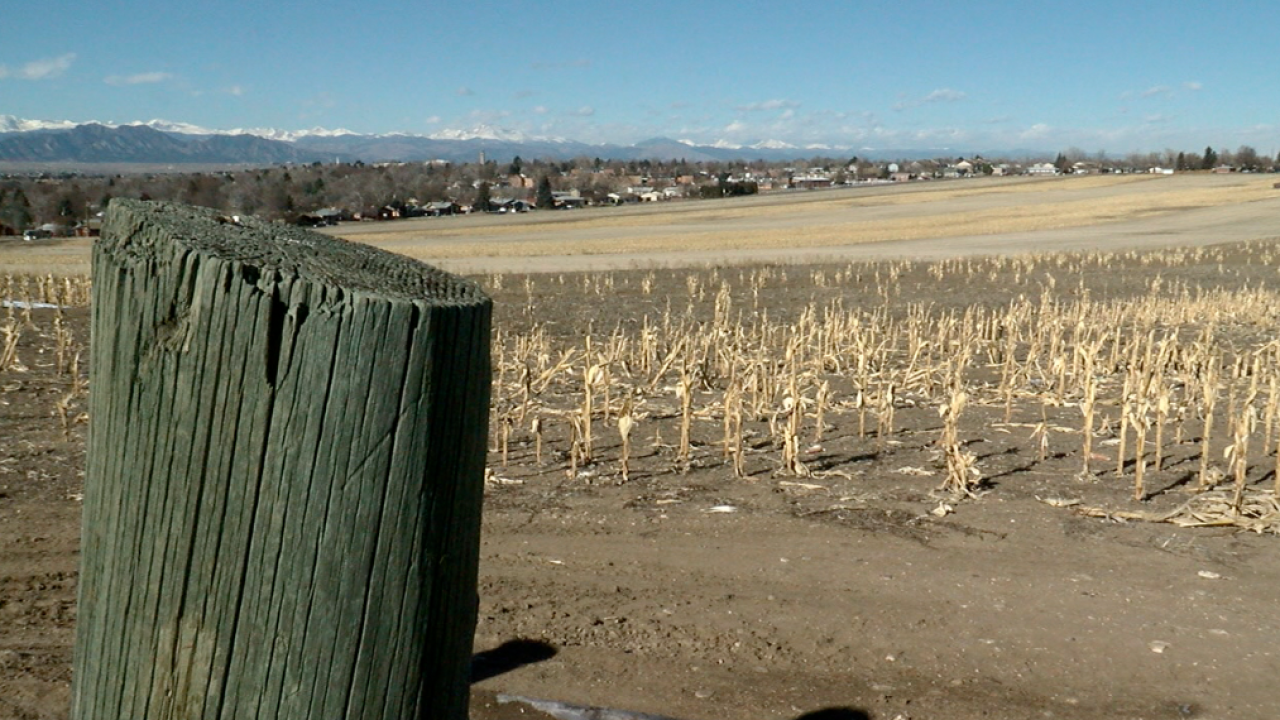 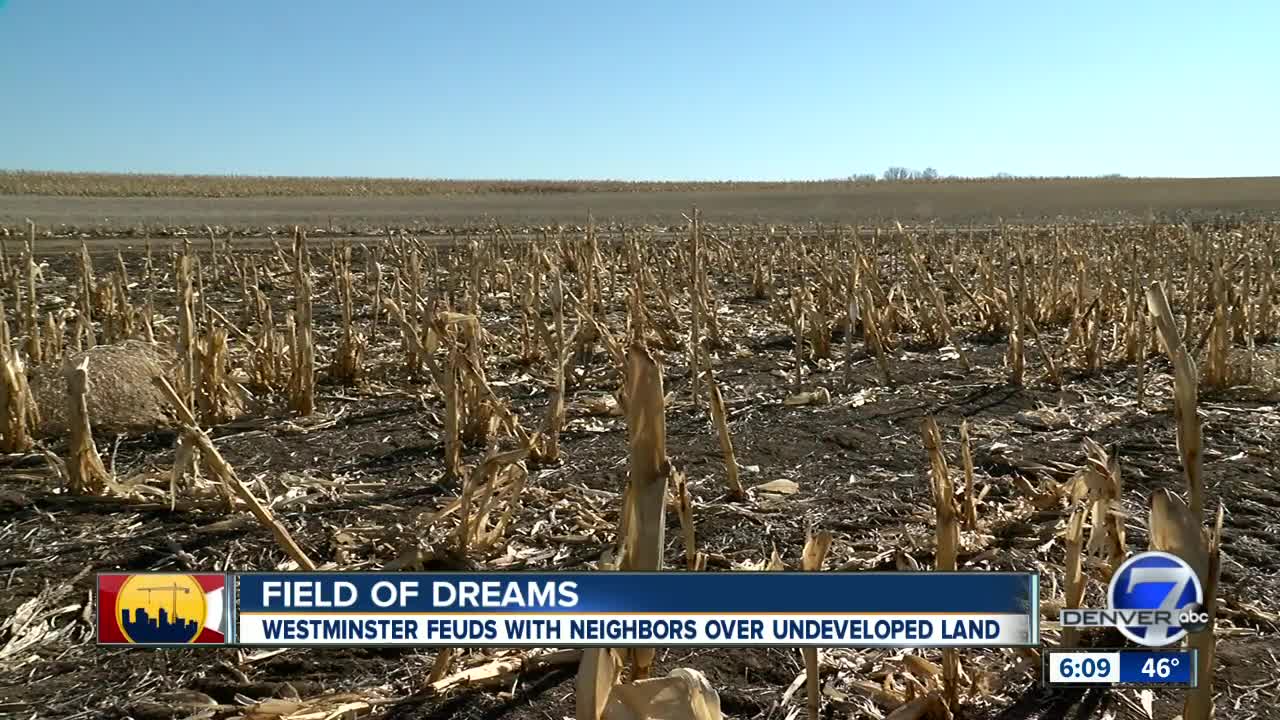 WESTMINSTER, Colo. — As the public meetings begin, the debate is heating up about the future of a parcel of farmland in Westminster. The owner wants the land developed and has a developer lined up with plans for a mixed-use neighborhood, while some community members have joined forces in opposition.

Two hundred and thirty acres of undeveloped land sits in the square bordered by Federal Boulevard and Lowell and 84th and 88th Avenue. That’s the main point of contention.

“There’s a lot of folks that need homes and jobs and this is an area that can provide both,” Jeff Handlin, one of the partners of The Uplands, told Denver7.

The Uplands is a mixed-use neighborhood that is now planned for the site, which is actually several parcels of land surrounding the main farm parcel.

“We decided on 2,350 residential units and a number of other uses: office, retail, and other commercial uses,” Handlin explained.

The owners of the land, the Pillar of Fire Church, have decided to move the parcel toward development. The land is surrounded entirely by neighborhoods and development, is zoned for a neighborhood, and a mixed-use neighborhood has been planned there as part of Westminster’s Comprehensive Land Use Plan for several years.

“This land was approved as a traditional mixed-use community through the city over ten years ago. So they’ve had these plans to develop the land for quite some time now,” Handlin said.

But not everyone is on board with those development plans, despite what the city has already approved.

“You don’t have to take the last little bit, the last few hundred acres left open in this city and make them high-density housing,” Karen Ray, who lives in the Shaw Heights neighborhood next door, told Denver7.

Ray is part of “Save the Farm,” a group of community members pushing back against the development.

The group, whose online Change.org petition has over 5,000 signatures, cited concerns about traffic, losing wildlife that inhabits the current farmland, and simply wanting to preserve the fields among many others.

“It is a lovely community that will be turned into yet one more McTown that is running rampant through the metro area,” Ray said.

“Save the Farm” wants the City of Westminster to reverse the platting and zoning in order to accomplish what their name suggests.

“No, I don’t think this was a good plan from the city from the beginning to try to urbanize this,” Ray said.

“That’s really not a decision for me,” Handlin said when addressing the public’s concerns. “That’s a decision for the city and that land owner to make a long time ago.”

Handlin added that the development has received support from many community members as well as local businesses. He said the local historical society is also on board, since development of the parcel has been expected for so long.

A public meeting of the Westminster Planning Commission will be held Tuesday night. A commission planning manager says that meeting will specifically discuss three of the adjacent parcels and potential changes to their destinations within the Comprehensive Land Plan. The commission will also make a recommendation to city council, who will vote on them. The next step would be a preliminary development plan from the developer and several more public meetings to follow.