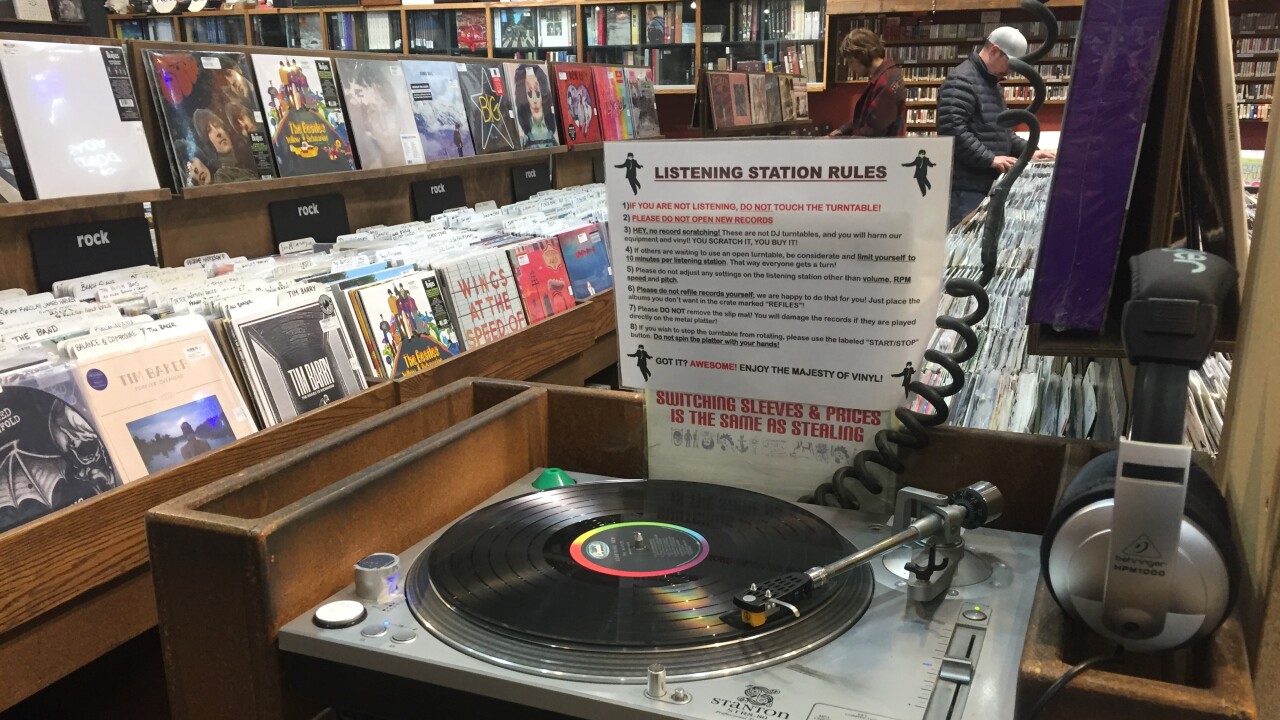 DENVER — We love music in Colorado! Now there's a blast from the past, that's turning into cash for local record stores.

For the first time in 35 years, vinyl records are expected to outsell CDs in the U.S., and Colorado is no exception.

Paul Epstein, owner of Twist and Shout on Colfax, said he thought vinyl had seen its day more than 20 years ago.

"Ten or 12 years ago, vinyl started slowly picking up. Then probably five or six years ago, it started at breakneck," said Epstein. "It has wildly passed CDs."

Written off for dead in 1986, vinyl records are back and poised to outsell CDs nationwide. But why?

"You can say I have 50,000 songs that sit in a little box in my underwear drawer, but it's not the same as saying, 'look at my records!'" said Epstein.

Epstein said in today's streaming age, people are coming back to the physical appeal and sound of classic vinyl. Records and record players are his top sellers.

"The only time I'm disappointed is when I hear something streaming, and I think, 'this sounds terrible,'" he said.

Chris Wilcox and his 9-year-old daughter, Molly, are sold on vinyl.

"You take the record out you put it on -- you hear the crackle," said Wilcox. "It's'sIt's's just more of a personal feel."

From the Dead to Hendrix, Journey to John Cougar, Wilcox said the rush of placing the needle on a record is a physical experience streaming music can't touch.

"You can look at the album art; you can flip it open. You can not only feel it when you flip open an old album, but you can also actually smell it," he said. "The music kind of comes to life from this piece of vinyl, which anymore seems incredible."

Molly said it's all about the artwork.

"I just like looking at the pictures. They're pretty cool," she said.

Epstein believes streaming music, while convenient, has no soul -- rubber or otherwise.

He thinks eventually streaming music will run its course, and even CDs will make a comeback. Until then, he's gratified for the long and winding road that's led customers back to vinyl.

"It's been tremendously rewarding for me personally to see collecting of records come back, and appreciation for the sound and the aesthetic things they bring," Epstein said.

Despite the rise in vinyl sales, streaming music is still the major source of income for the music industry. New numbers this year show vinyl brings in about 4% of the industry's total revenue- streaming, a whopping 62%.