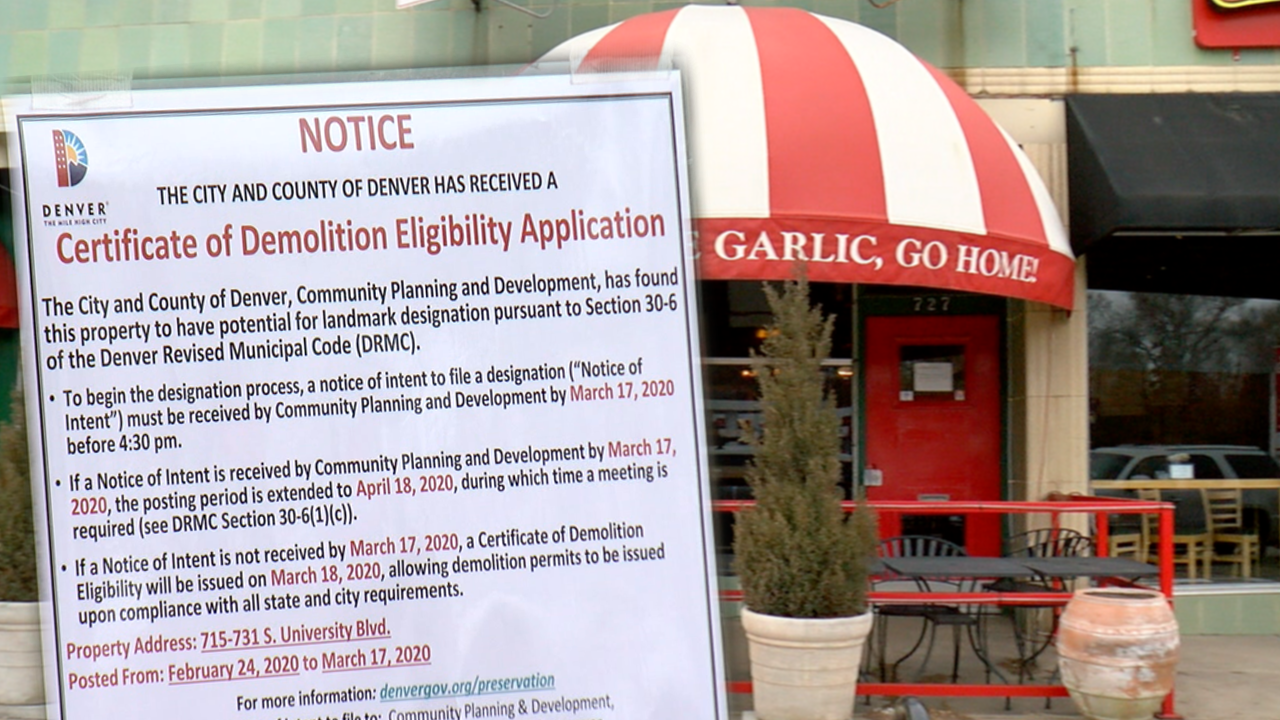 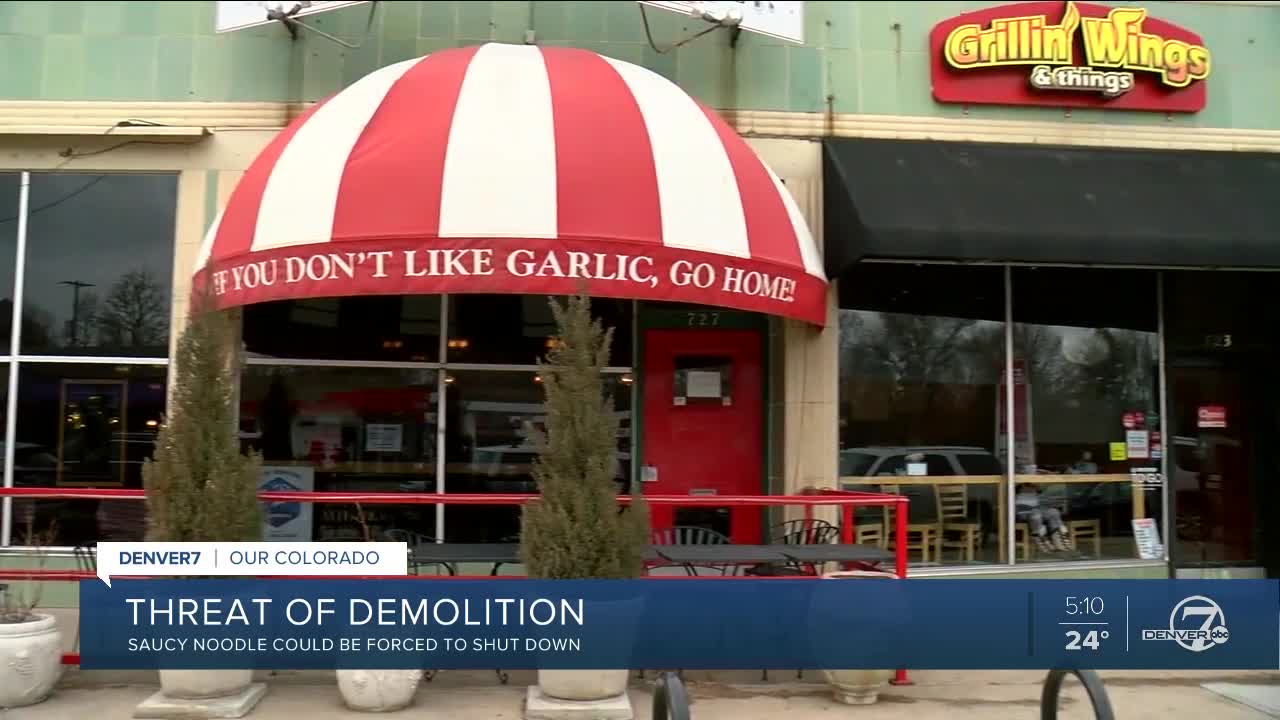 DENVER — The owner of the Saucy Noodle says she was blindsided when she showed up to work on Monday. An employee pointed out a notice on the door and asked her what was going on.

The notice posted by the City and County of Denver states that a certificate of demolition eligibility application has been received. It means the building could be demolished unless someone applies for landmark status to preserve it.

"I was not notified by my landlord, so I had no time to tell my staff. They essentially told me," said Erin Markham, who owns the restaurant with her husband.

Markham says their current lease goes through the end of December, and she was planning to look for a new space six months out.

"On a piece of paper I have until December 31, which is what I anticipate having," said Markham. "We were not given an option to renew, but we were hoping that we could negotiate something or at least spend the next several months looking."

The restaurant has been in her family for 55 years, and she has fond memories of working there with her grandfather. As a child, Markham would pretend to take orders from guests, and when she was old enough, she started washing dishes.

"I get people all the time that tell me stories about him, which is the greatest thing about doing my job, but I'm very emotionally attached to the future of the restaurant as well because it is my legacy and his legacy," said Markham.

She also worries about her 30 staff members, and she is upset they found out about the possible demolition with a notice posted on the door.

"I want to be able to find another place," said Markham.

Denver7 has reached out to the building's owner, Harry Sterling, but a request for comment has not been returned. The applicant is listed as The Robert Naiman Company, and a person who answered the phone said it was too early to elaborate on any plans.

Other neighboring businesses received the same notice as the Saucy Noodle. The notice will be posted for 21 days with the posting period ending March 17.

Additional changes could be coming across the street. The Bonnie Brae Tavern is currently under contract, and condos are planned for the site.