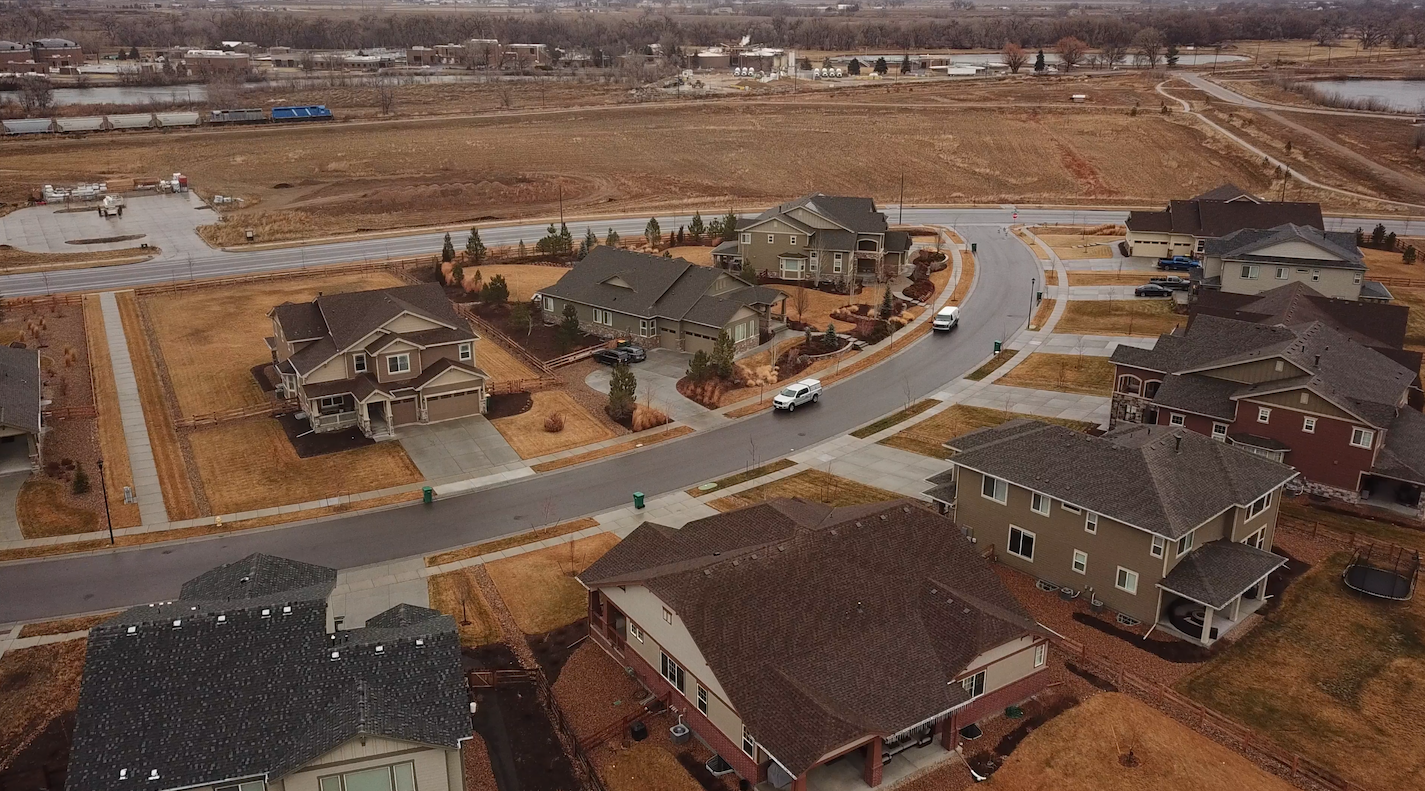 Our Colorado has seen a lot of farmland gobbled up by development. FORT COLLINS, Colo. — Our Colorado has seen a lot of farmland gobbled up by development.

So, when a Fort Collins developer promised a farm as part of the development, some homebuyers were as happy as a pig in mud.

But, plans with the development have changed and those same homeowners are now left without a row to hoe.

Gino Campana and his family set out to build nothing short of a world class neighborhood.

"It was a boldly conceived vision," said Campana of the Bucking Horse development in east Ft. Collins.

The Campana’s even incorporated the old homestead and Jessup Farm into their design.

"These are fresh eggs that the chickens just now laid," said Tony Campana as he gathered eggs in a restored chicken coop.

“It was the first cattle ranch in Fort Collins," Gino Campana said.

What were once barns and stables are now a restaurant that uses the fresh eggs, a barbershop and even a brewery.

"At the very first neighborhood meeting – we had people saying, 'You're putting a brewery in our neighborhood? There go the home values,'" Campana said. “Now I ask homebuyers why they moved here, and they say it’s because of that same brewery.”

"I feel like we've been had a little bit,” said homeowner Rachel Smith.

An open piece of land adjacent to the homes was supposed to be a neighborhood farm, something Smith was thrilled about.

"We don't have a lot of room to garden at our own house,” Smith said. “So, I thought it would be great to plant some beds over there."

But Campana has put the idea of a farm out to pasture.

Which really gets the goat of Smith.

"I am concerned with just any commercial enterprise going in where there was supposed to be a community amenity," Smith said.

The developer says the farm and farm committee got little love.

"We've had two families volunteer for that,” Campana said. "Not enough. Especially considering the neighborhood has 1,100 dwelling units."

Childcare, on the other hand, is sorely needed.

"The chamber of commerce has identified it as a critical need for attracting employers to our community," Campana said.

Nico Campana is the nephew of the developer, a homeowner in Bucking Horse and a new dad.

“She's eight-months-old now, and we're trying to figure out what's our future, where is she going to go?” Nico said. “This is a dinnertime conversation we have all the time.”

Smith says she understands the childcare need but also worries about the traffic the facility will bring.

“It’s already congested,” Smith said. “Adding 200 cars at the beginning and end of the day isn’t going to help.”

From farm to table, at least for now.

"I understand when there's a change in a plan there's uneasiness associated with that," Campana said. “But we are doing everything we can to mitigate those concerns.”

"I didn't move here to fight with people,” Smith said. “But, I do feel like it's something that we want to stand up for."

“We just want what’s best for the community,” Campana said. “I love it here. I find myself here nearly every day. Home sales on a price per square foot are higher here than other neighborhoods. And we want to utilize the land-use code and the process to vet out concerns and make sure we can mitigate those as best we can.”