Residents pushing to keep mortuary despite owner’s intentions to sell 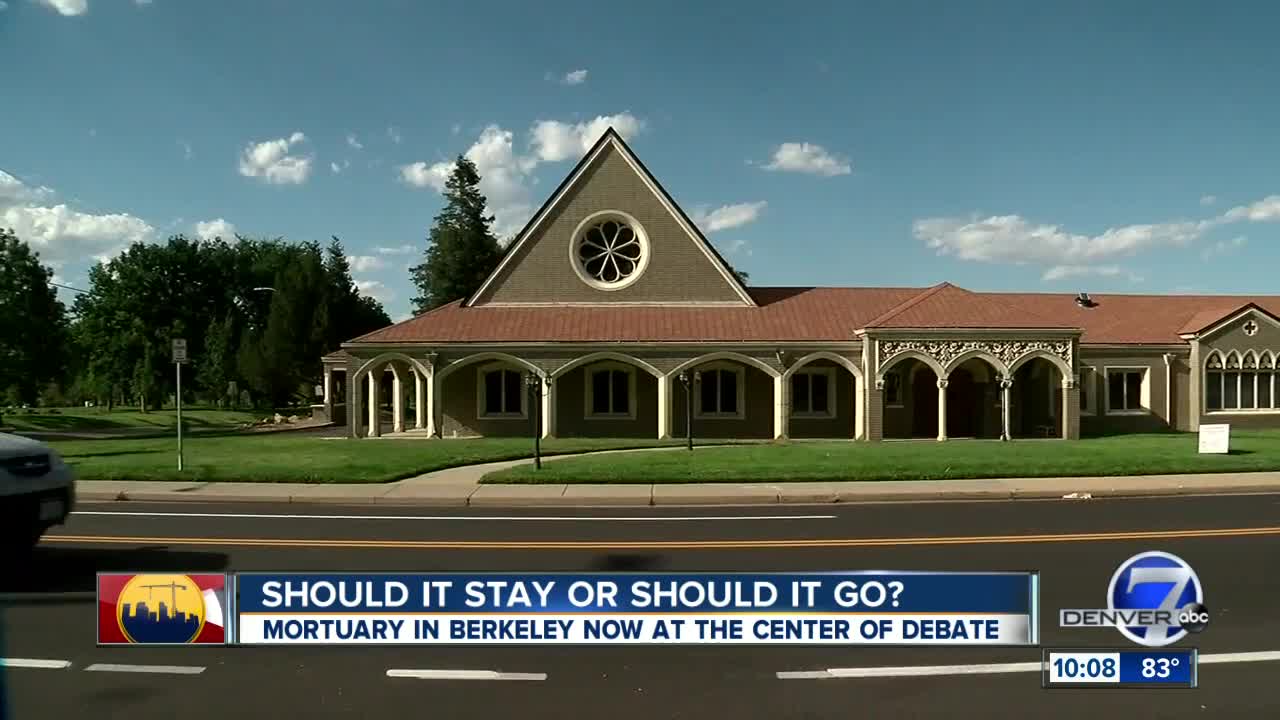 DENVER — One of the newest controversies over growth and historical landmarks in Denver involves a mortuary in Berkeley. The owners want to sell it but many in the neighborhood think it’s historic and don’t want to see it go.

Last week, the city’s Landmark Preservation Commission decided the Olinger Moore Howard Chapel meets the historic landmark criteria. A vote will be held on the landmark status next month.

Lindsey Nathan has lived in this Berkeley neighborhood for nearly a decade – long enough that she sees the Olinger Moore Howard Chapel as more than a building.

“The architecture of it, the love people have for it. It means something to them and if it didn’t, this wouldn’t even be a question,” Nathan said.

The mortuary has been on the corner of 46th and Tennyson for almost 60 years. Recently the owner decided to sell. The potential buyer wants to replace it with 58 townhomes.

On Tuesday, the city took the first steps toward designating the building as historic.

Derek and Ashley Giancola moved in last week and have no attachment to the building.

“I think if the owner wants to sell it, they should be allowed to go ahead and sell it,” Derek said.

“I love the way that it works but this is an up-and-coming area,” Ashley said. “It’s continuously growing so you should be able to have the opportunity to sell.”

The final decision to make the building historic comes down to Denver City Council.

The mortuary’s owner did not return a request for comment.