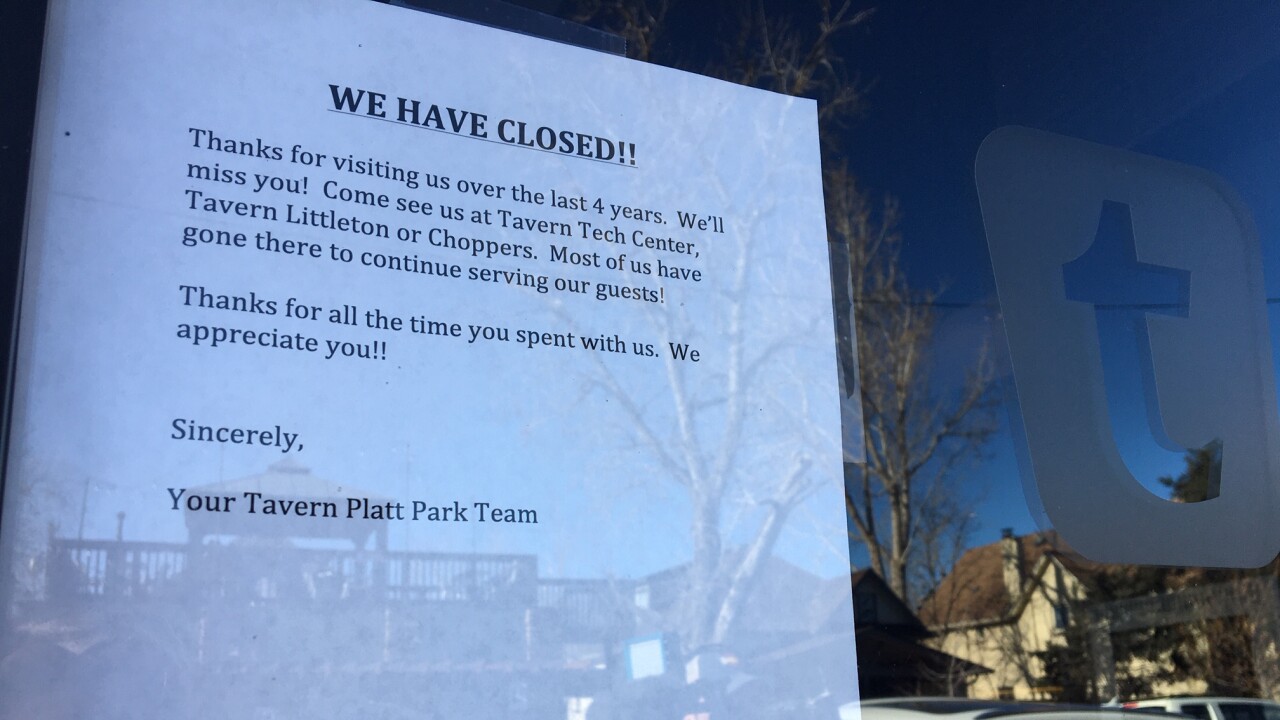 DENVER -- In a matter of months, three restaurants have closed on Denver's South Pearl Street, prompting questions about what will go in their place.

"There’s a lot of theories on what’s going in but I haven’t heard anything definitively," said Thomas Schumacher, Vice President of the South Pearl Street Association.

Palizo Italiano closed in November and after two-and-a-half years in business, the restaurant posted a message on its Facebook page thanking guests for a tremendous run but did not offer any further explanation behind the closure. Just up the street, Hanson's Grill and Tavern closed in December. It had been open since 2001.

The Tavern Platt Park shut its doors on New Year's Eve after four years in business. In a previous interview with our partners at The Denver Post, the owner said that the restaurant concept was not only aging but facing business challenges like increasing property taxes, a steady labor shortage. He also mentioned the new minimum wage hike that took effect on the first of the year.

Schumacher said he hopes that any changes to South Pearl will help bring more business to the street.

"I think a lot of people are excited to see the next chapter for both those spots," said Schumacher.

The South Pearl Street Association is also working to install arches over three street corners to mark the official gateway. The signs will be installed at Jewel, Iowa and Louisiana.

"There’s a lot of development going on, a lot of change going on. Hopefully they preserve a lot of the good character that’s around here," said Chris Behrens who works nearby.