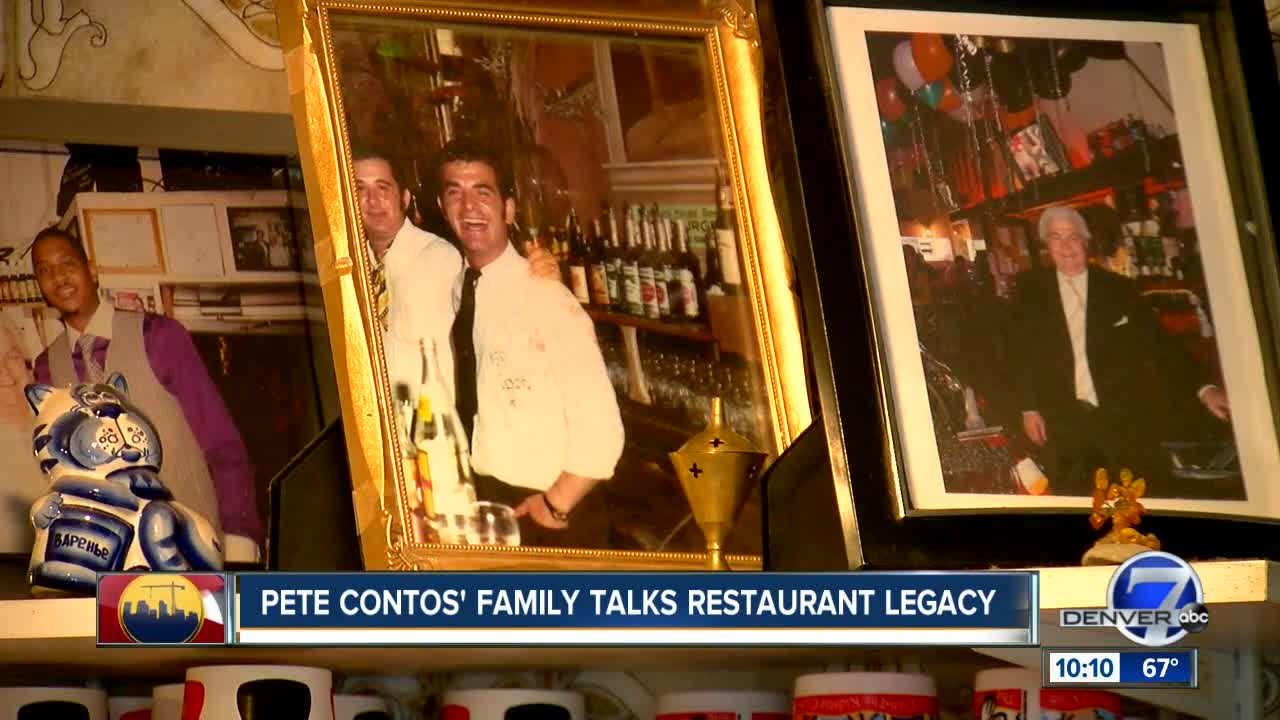 DENVER — A chef at Pete's Greek Town Cafe wiped tears from his eyes as he talked about his friendship with his boss and the time Pete Contos helped him cash a paycheck after he lost his wallet. Contos passed away at age 85, but his six Denver restaurants remain a tribute to his legacy.

"He always worked hard in trying to improve Colfax and no matter what he treated people with respect," said Liz Contos, his widow.

Contos opened Pete's Satire Lounge on East Colfax back in 1962 and would soon build a restaurant empire. He opened three more restaurants on Colfax, including the iconic Pete's Kitchen. His son Dean said his dad would often help close for the night at Pete's Greek Town Cafe then head over to Pete's Kitchen where he would check on the restaurant and take pictures with customers.

Contos is equally beloved among his employees. It can be hard to find longtime employees in the restaurant industry but not at his eateries where some people have been there for 25 and even 50 years. Servers and cooks talk about him like a family member, mainly because he helped so many of them during a time of need.

He was later inducted into the Foodservice Hall of Fame, and a plaque dedicated to him reads: "Over the years, (Contos) has quietly lent a helping hand to people in need, whether it's paying medical bills, lending money to buy homes or financing an education. He is known to help former employees to start their own business and regularly does such humanitarian deeds as serving holiday dinners to the elderly and neighborhood people."

His widow and children are hearing some of those stories for the first time, and they say it's bringing them comfort during this difficult time.

"You know he came from very humble beginnings and he never forgot where he came from. He embraced it, and he took it throughout his life to help all kinds of people, he didn't care who they were, and that was inspiring really," said Liz Contos.

Her husband immigrated from Greece in 1956 and quickly enrolled in classes so he could learn English. He got a job as a dishwasher and developed a lifetime love of the restaurant business.

"I just want people to remember that he is and always will be such an amazing person," said Kyle Moon, an employee who is not related to Contos but refers to him as his grandfather.

Over the years Contos also gave back to his church in Denver, Assumption of the Theotokos Metropolis Cathedral. His family said he had a strong sense of faith and was especially proud of his efforts to help rebuild a church in the Greek village where he grew up.