Camps were located near of Dartmouth 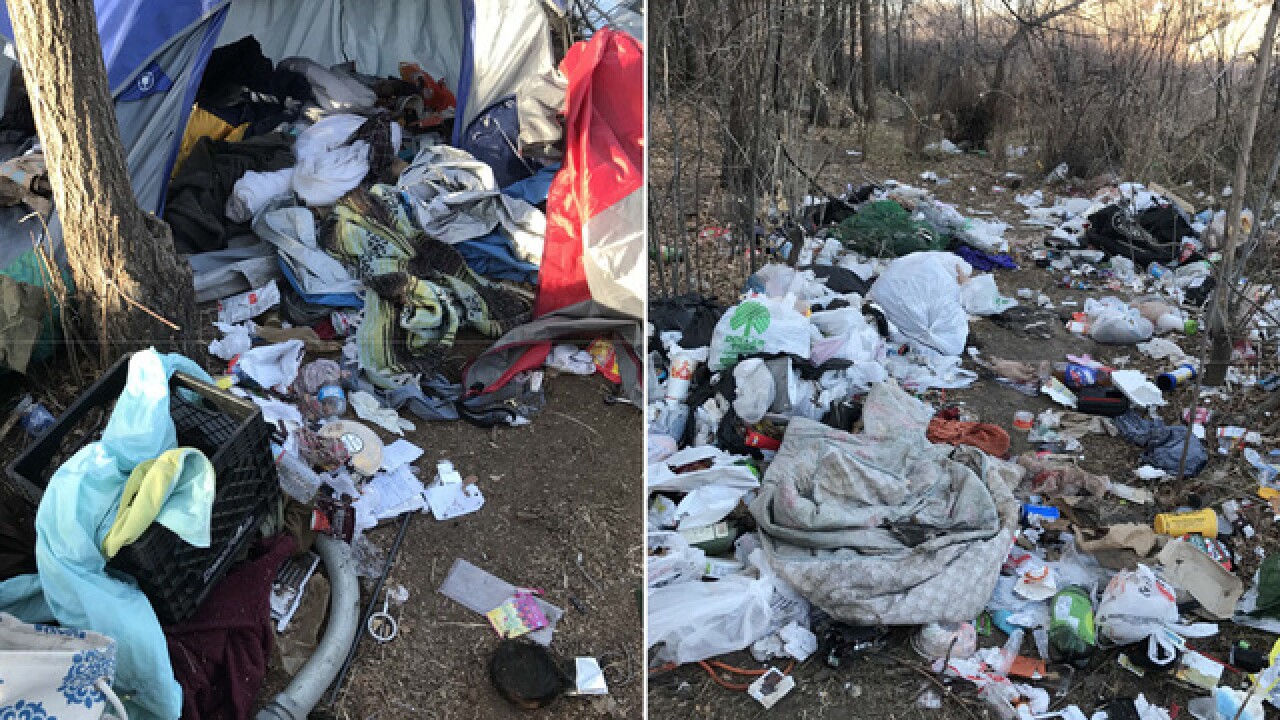 ENGLEWOOD, Colo. – Homelessness along our Colorado riverbanks is a growing issue that has extended outside of Denver and deep into our suburbs.

In the last few years, the homeless encampments that once lined the South Platte River near West Dartmouth Avenue in Englewood originally sparked serious discussion.

Those talks sparked real action. In January, several agencies took part in a Platte River Clean-up Project throughout a quarter-mile stretch of the river.

Sgt. Reid McGrath with Englewood PD's Impact Team led the clean-up effort. McGrath told Denver7 there was a total of 21 camps located along that specific stretch of the river, and roughly 31 people who were relocated because of the project. He said, in the end, 25 truckloads of trash were taken away from the area.

"It would be nice if it was a jewel because it has remarkable potential and we've seen great projects both upstream and downstream," McGrath said.

Projects like surfing at River Run Park have changed the face of the South Platte. However, there's a ton of potential for more transformation, previously buried under 25 truckloads of transient trash.

"The issue is substantially worse than it's been over my 30-plus years in law enforcement," he said.

It was his Impact Team, the cities of Englewood, Sheridan and Littleton, the Urban Drainage and Flood Control District, the South Suburban Parks and Recreation Department and others who turned revitalization into reality.

The coalition of agencies worked to remove the rubbish and revive the riverbank, but that was only scratching the surface.

Sgt. McGrath added, "One of our biggest goals was to have some resources for people to have the ability to get help if they wanted it."

Agencies provided outreach for the dozens who called the river home.

It was an environment that wasn't designed for inhabitation.

"The trash and debris are one portion of it," Stephen Materkowski with the Urban Drainage and Flood Control District said. "Then there's also the degradation of the banks-- the environmental impacts."

Materkowski said the dozens of people also destroyed nearby plants and trees, which serve as a natural way to prevent floods.

"It then creates water quality issues because all that's ending up in the South Platte River," he said.

However, more than sanitation, agencies want the South Platte River to be a recreational jewel in "Our Colorado."

Regarding the measurement of the project's success, Sgt. McGrath said, "That'll be a real success when we can change this area into a desirable place for anybody and everybody to come to."

The above agencies will present updates about homeless issues along the South Platte River on Tuesday night, to Littleton City Council.

This is not a regularly scheduled council meeting, but a study session.

Some background: Impact posted notices along the river and throughout the trail in early January, declaring the campsites public nuisances under Title 15 of the Englewood Municipal Code. The area had also been identified as a flood control mitigation area by Urban Drainage and Flood Control.

From January 8th through February 2nd, the east bank of the Platte River from the 2700 block to the 3500 block (approximately West Yale Avenue to West Hampden Avenue) was subject to trash removal. This included the removal of property.

The department had other organizations present, which allowed for homeless resources and outreach.

Pictures provided by EPD show the extent of the trash and property left behind by the homeless.

In a cost breakdown, provided by EPD, the department found the total cost of the project was $39,122.30.