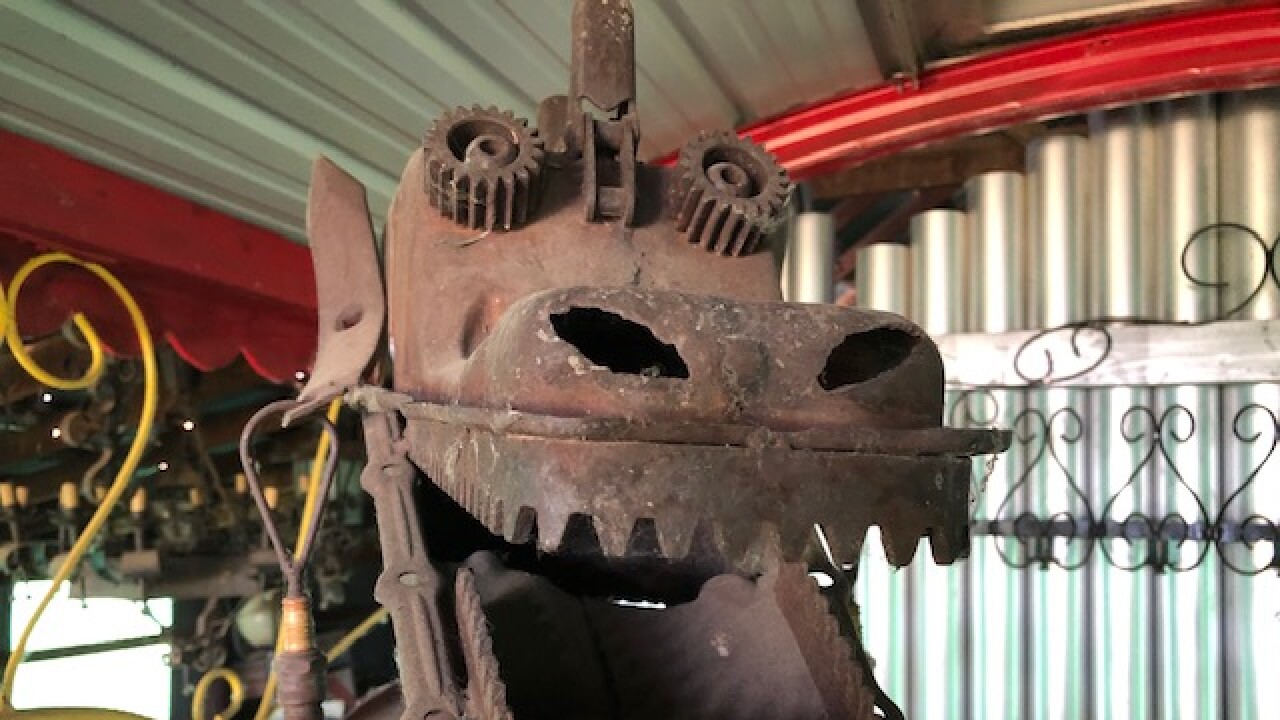 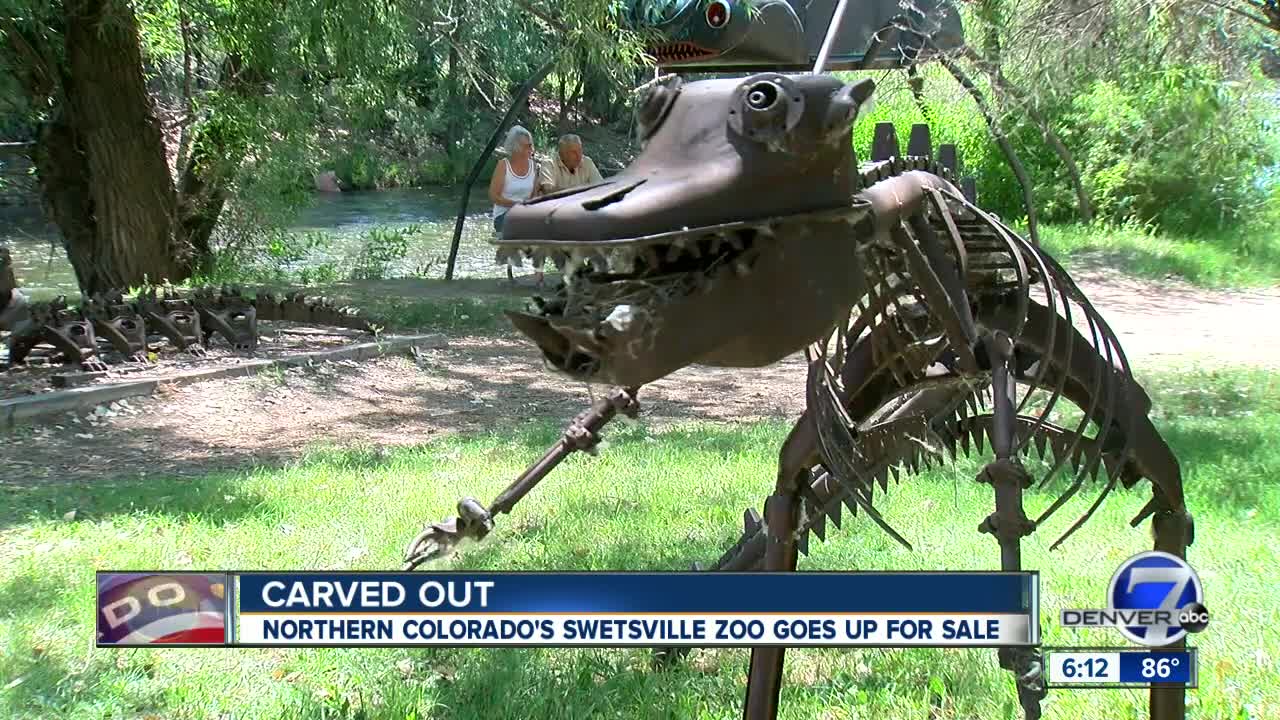 TIMNATH, Colo. -- The days are numbered for a well-known attraction just east of I-25 & Harmony Road in Larimer County.

The creator of the Swetsville Zoo, Bill Swets, is getting ready to call it quits.

The man has led a very busy life. In addition to farming some choice property along the Cache la Poudre River while serving as a firefighter, he is a prolific mechanic and extraordinary artist.

He began crafting animal and other sculptures, many of them dinosaurs, out of used car and tractor parts, 34 years ago.

People took notice and began stopping at his farm to view the creations.

As his collection grew, Swets opened the "Swetsville Zoo" to showcase his work.

The free zoo has been a must-see attraction for a generation of area residents.

"I came here as a kid," said Crystal Ramos. "I was on a field trip with my school."

On Friday afternoon, Ramos brought her daughter to see the same pieces of art she marveled at as a child.

"She loved the minions," Ramos said.

Swets said some of the sculptures have movable parts. He demonstrated by pushing one dinosaur head sideways.

His partner, Diane Tribble, told Denver7 that some of the kids who visit seem to know more about dinosaurs that Bill does.

"Sometimes they tell him he did it wrong," she said.

"I had a dinosaur with three fingers and he was supposed to only have two," Mr. Swets added. "Yeah, they catch that stuff."

The couple says they're going to miss the kids.

Bill is getting ready to sell the place because of all the growth happening nearby, and because he's getting up in age.

Swets said he had a major heart attack two years ago.

"They shocked me three times to bring me back. Once that happens, you look at things differently."

He said it's time to slow down. So, Mr. West listed the property with John Herrity of Hayden Outdoors.

Swets said the land should be sold in the next 6 months or so, but the artwork is not part of the sale — that will be sold separately.

He said there are things he will miss about the property, where he grew up.

The river is one of them, but not the occasional floods.

As for the traffic? He won't miss it either.

But he will miss the kids and their smiling faces. He still marvels at it all.

"When people look at this, it looks like a great big business or something, but it isn't. This is just a hobby," he said.

Mr. Swets' hobby includes a collection of unique automobiles, including a mid-80's Zimmer, and several modified pickups, trucks and buses.

An auction will take palce so he can sell many of the other "collectibles" he has amassed over the years.

Swets said the zoo, which operates on a donation-only basis, will remain open, until the property itself is sold.