SAGUACHE COUNTY, Colo. – Residents of the expansive, rural county say there’s a takeover going on near their homes.

Large-scale, state-sanctioned commercial marijuana grows are moving in and applying for building and use permits for operations that are across the street, in some cases, from homes or land where homes are expected to be built.

“We had a driveway put in and paid to drill a well all before we learned what might be going in next to us,” Shiloh Jackman told Denver7.

The couple purchased a 35-acre piece of land last year but haven’t started construction on their home.

Saguache County received an application to build a large facility a few hundred yards from where Jackman and his fiancée expected to build a home by hand and start their family.

They worry the commercial grow facility will overshadow their views and the rural lifestyle they seek.

“The whole facility will be over 10,000 [square] feet surrounded by barbed wire. Over 100,000 watts powered by diesel generators. It’s really the exact opposite of what we intended to be around,” he said. “We came out here to get away from big industry and big commercial businesses."

Jackman and Mischa Vining-Doyle stress they are not against marijuana use or growth, but they don’t believe it should be allowed next door to the land they purchased. 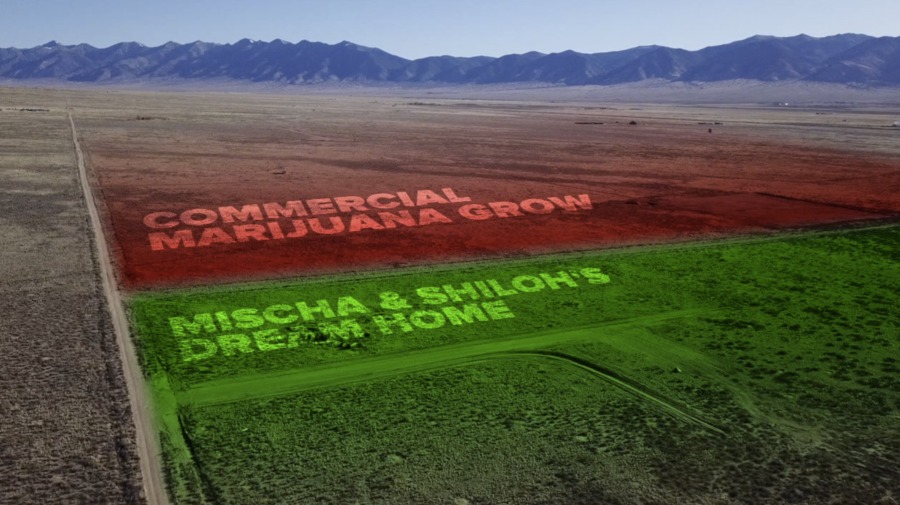 The land is designated as agricultural.

“It’s just a random dirt road in the middle of the country. It’s not a place for commercial industry,” Vining-Doyle said.

The grow has not been given final approval by the county.

County Commissioner Jason Anderson cautioned against anyone wishing the county commissioners or the planning commission would approve some uses, but not others as long as they fall within the agricultural use.

“I believe if we want to say no, we need to write policy that supports that. To randomly say yes or no would be a rather slippery slope, I think, for local government,” Anderson said.

Illegal grows, often masked as home operations, have also become a problem in the county, according to Saguache County Sheriff Dan Warwick.

With six deputies total in a county of more than 3,100 square miles, he says it is impossible for his team to check every grow operation to make sure it complies with state rules.

Legal operations come in all sizes in the county. During the winter months, many growers leave the area. Trash and growing materials are sometimes left behind.

Mark and Joyce Swinney recently found out a commercial grow operation was approved to go in near their home.

“I feel like we moved here for a quiet retirement home, not a busy industrial park,” Joyce Swinney said.

Commercial grows are required to pay excise tax. That money goes to the county and is required when a grower first sells the marijuana.

A Contact7 investigation discovered since the tax requirement went into effect in January of 2017, the county has collected $101,526.09.

Just five of the roughly 30 commercial grows have paid any taxes.

Commissioner Anderson says the other grows have not yet harvested and sold their product, even though some of them have been licensed for months.