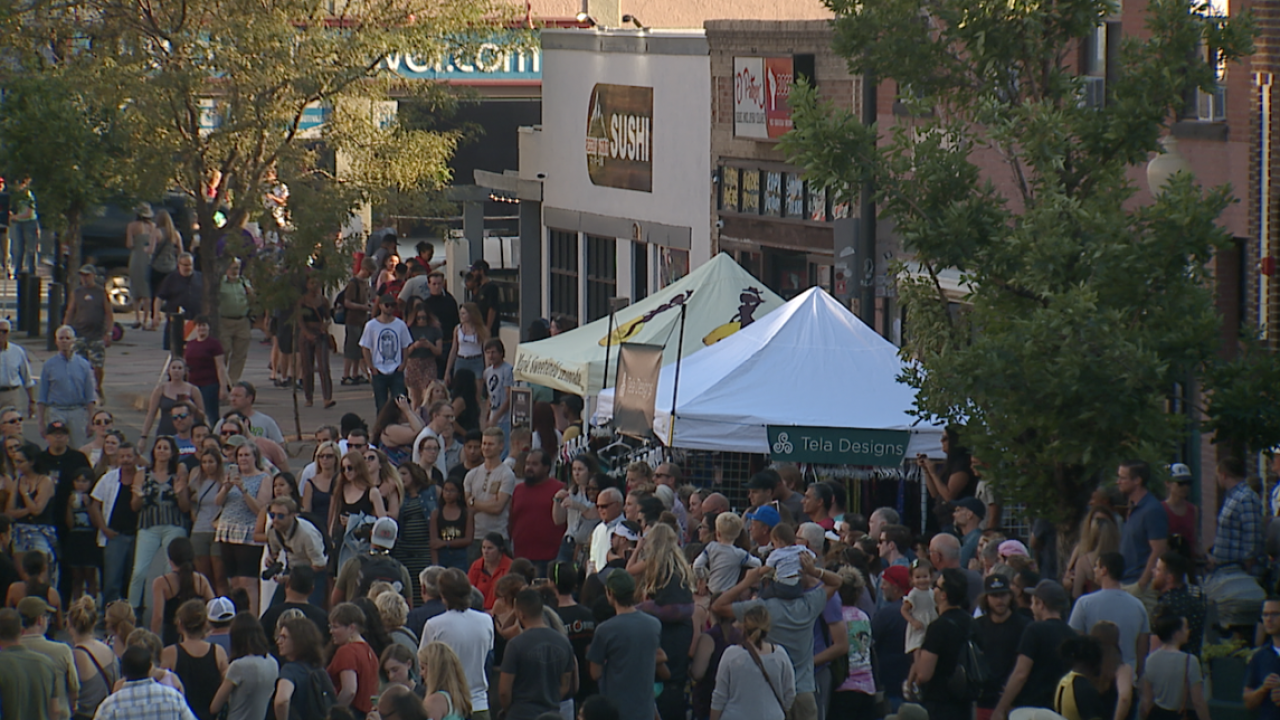 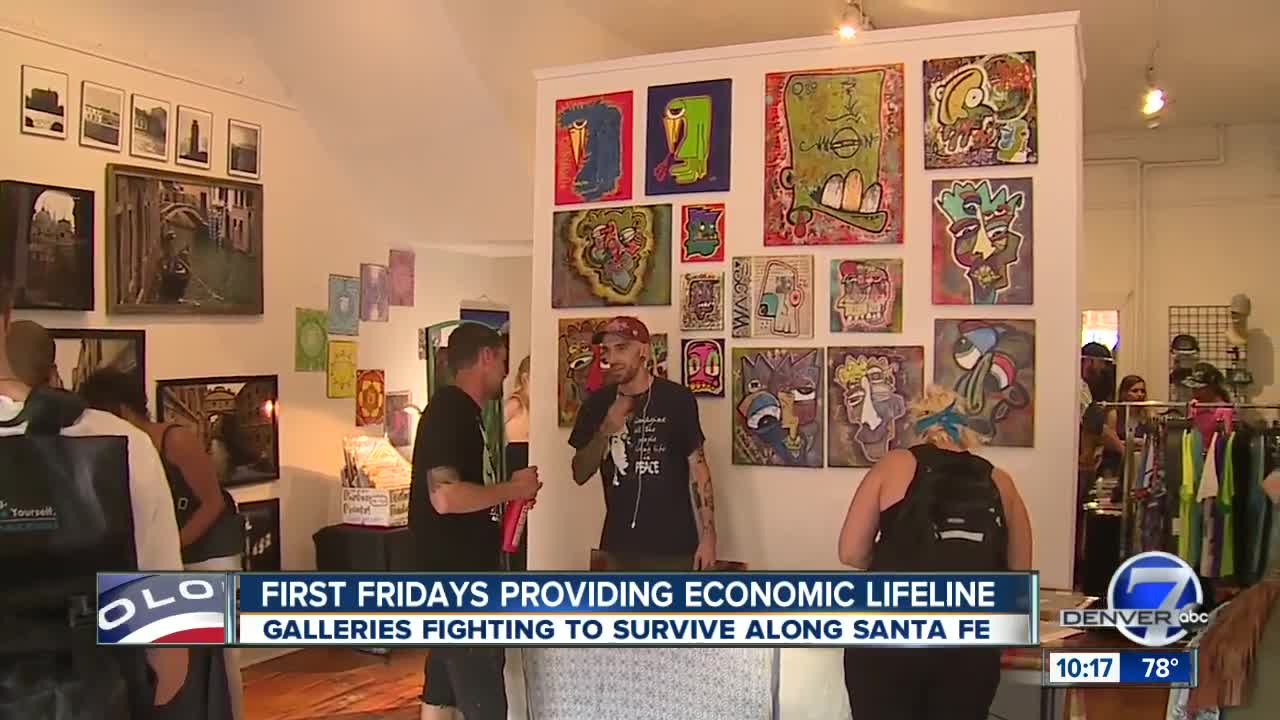 DENVER -- Hundreds of people headed down to Santa Fe Drive Friday for a month event meant to help expose more people to art.

First Fridays in the Santa Fe Art District is an important time for local galleries and artists who are trying to afford the rising cost of living in Colorado.

Several blocks were closed down to traffic to celebrate the art district’s 16th birthday; it’s the oldest of its kind in the state. Food trucks, local musicians, families, and vendors replaced the street’s normal traffic for the event.

“I think it’s the largest, most dense audience that they see all month and so it can really make or break a month for folks,” said Shaina Belton, the president of the art district. “We really rely on this type of marketing, this energy, this audience to come down once a month and kind of fulfill that need.”

Property values on the district have started to rise sharply in recent years, causing taxes to go up. Belton says the average gallery has seen its property taxes go up by roughly 30%. Others, like the Artists on Santa Fe Gallery and Studios, say their property taxes have doubled.

“It’s just insurmountable for a lot of people. It becomes too much for somebody just getting started when it is $30 a square foot,” Belton said. “It’s a rock and a hard place, but we’re trying to find a way to move forward.”

Some of the galleries are starting to move away to area like Lakewood where the rent is more affordable.

The owner of Artists on Santa Fe Gallery and Studios, Macy Dorf, is trying to find a way to stay while raising rent as little as possible for the professionals who display their work there.

Belton says the arts district is also searching for solutions with the city of Denver.

“We’ve been talking a lot with the city about what to do and we don’t have any exact answers, but we’re working together with the other creative districts in the city of Denver to kind of come up with a plan on how to make a sustainable, creative district,” she said,

She’s hoping that the galleries that call Santa Fe Drive home will be able to find a way to stay, saying the art they produce makes people’s lives and the city as a whole better.

“The loss of that would be huge for this city,” Belton said.

While the arts district and local galleries look for ways to stay, artist Matt Worldly is coming up with his own solution.

He created the Denver Art Market, or Denarket for short, as a way to help artists who don’t have a traditional space to display their work.

“When I came to Denver, I wanted to find a place that was affordable so I could sell my artwork on a regular basis and I didn’t find it, so I decided to create it,” Worldy said.

The painter moved here about three years ago from Oregon and said he couldn’t afford his own gallery, so he started selling his pieces in a parking lot near Santa Fe Drive. Worldy quickly became friends with the owner of the lot, who also owned a store along the street that had been vacant for months.

“Since these lots have been vacant, he gave me the keys to them and he lets me host art events in the galleries,” he said.

Worldly is allowed to use the space during First Friday events and for special gallery showings. He also shares the space with other artists who don’t have a place to display their work.

“I am able to provide artists with an affordable space for art and then they keep all their profits,” he said.

Denarket moves around from art show to art show, looking for areas with lots of foot traffic and, therefore, lots of potential customers.

For now, the empty space on Santa Fe Drive works, but soon, they might have to move again.

"(If) it becomes a rented (property) unfortunately, I won’t be able to use it anymore but for now I'll use it once a month for first Fridays," Worldly said.

However, he says when that happens he'll just look for the next space to do and sell what he loves in a city that's becoming increasingly unaffordable.

"As we move into the future, artists have to think more out of the box as far as how are they going to sell their work," he said.