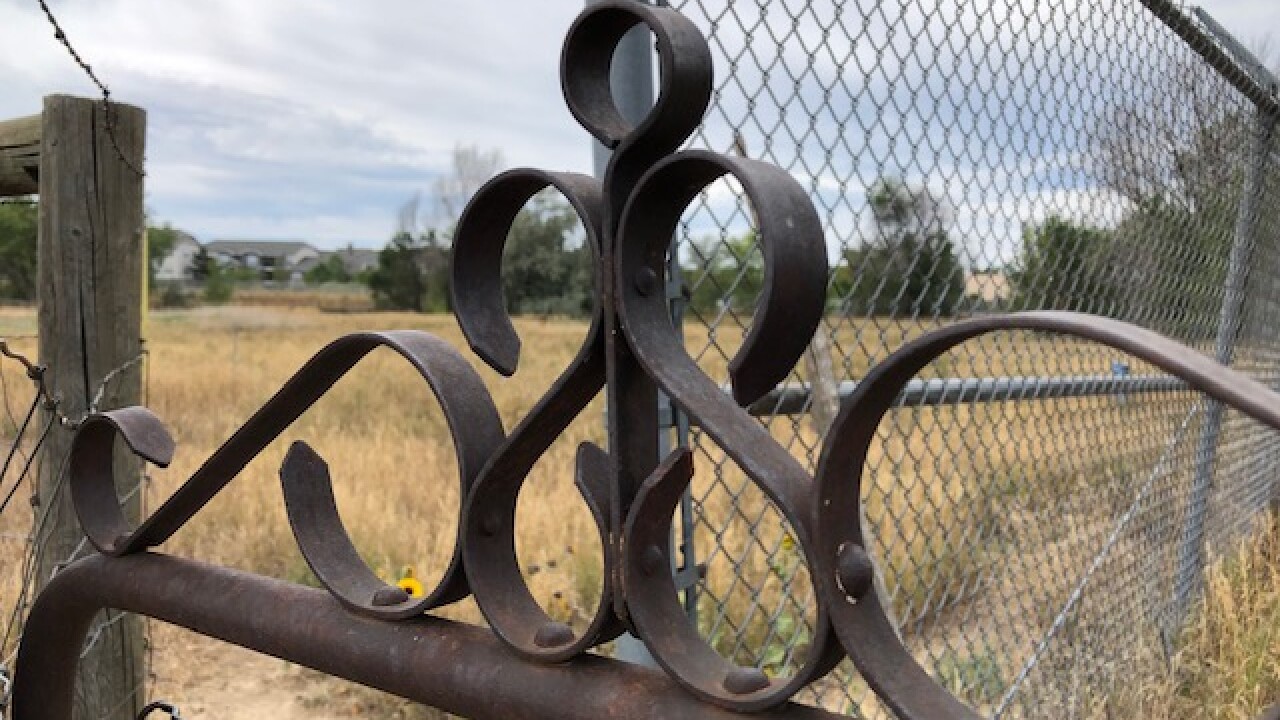 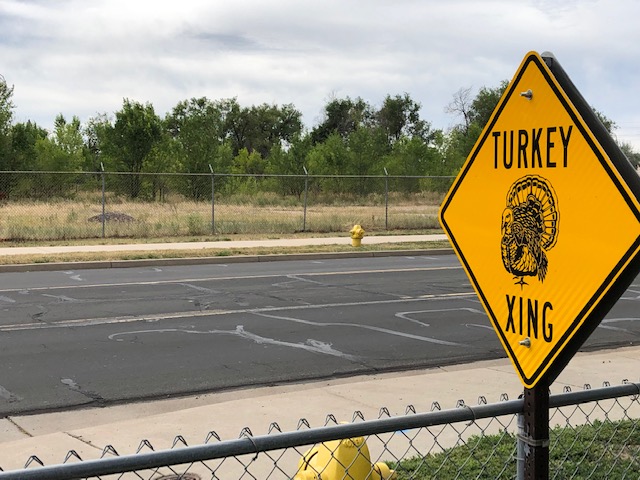 THORNTON, Colo. -- Mary Ann Strauch loves where she lives, in a quiet corner of Thornton's Eastlake neighborhood, but she worries about coming changes.

The longtime homeowner, who lives near 124th and York, said wild turkeys have taken up residence on her property, and on adjacent property owned by the City of Thornton.

"One showed up about four years ago," she said, "and then another."

She called them "spectacular birds," and said, "if you catch them just right in the sun, they have a lot of iridescence on their feathers."

Strauch calls the wild birds "free spirits," because they walk wherever they want.

They often cross 124th Avenue, where they have been videotaped walking up to other homes and businesses.

One of Strauch's neighbors posted a "turkey crossing" sign alongside the fence in his front yard.

"It's a real joy to be able to see some wildlife still in the city," she said.

But Strauch told Denver7 she worries what will happen to the birds if the City of Thornton builds a parking lot on city-owned land that is currently filled with trees and grass.

That parking lot will be adjacent to the "N" Line, which is slated to open in late March of 2020.

When asked if she'll be able to adapt to the horns, which blared during the middle of the interview, Strauch replied, "Well, we hope that when they're done with their testing, this will become a quiet zone."

The long-time Thornton resident said she knows the city is growing and she understands concentrating development along transit lines. She just wants the vacant land next to hers to remain vacant.

Her neighbors do, too.

Some neighbors have begun collecting signatures asking the city to designate the vacant land as open space.

Barnes said the city will contact a wildlife expert to evaluate the impact that paving the lot will have on the wild turkeys.

He said part of Strauch's driveway is on city-owned property, and that she has an easement across that property to access hers.