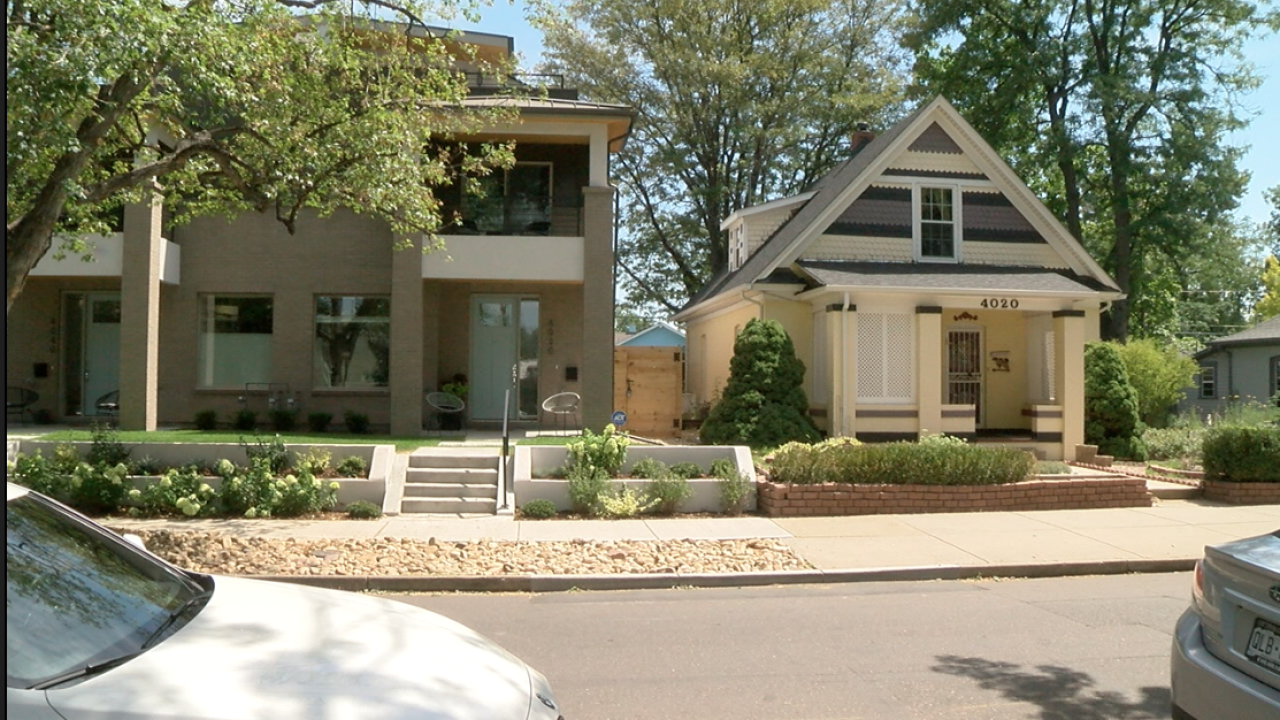 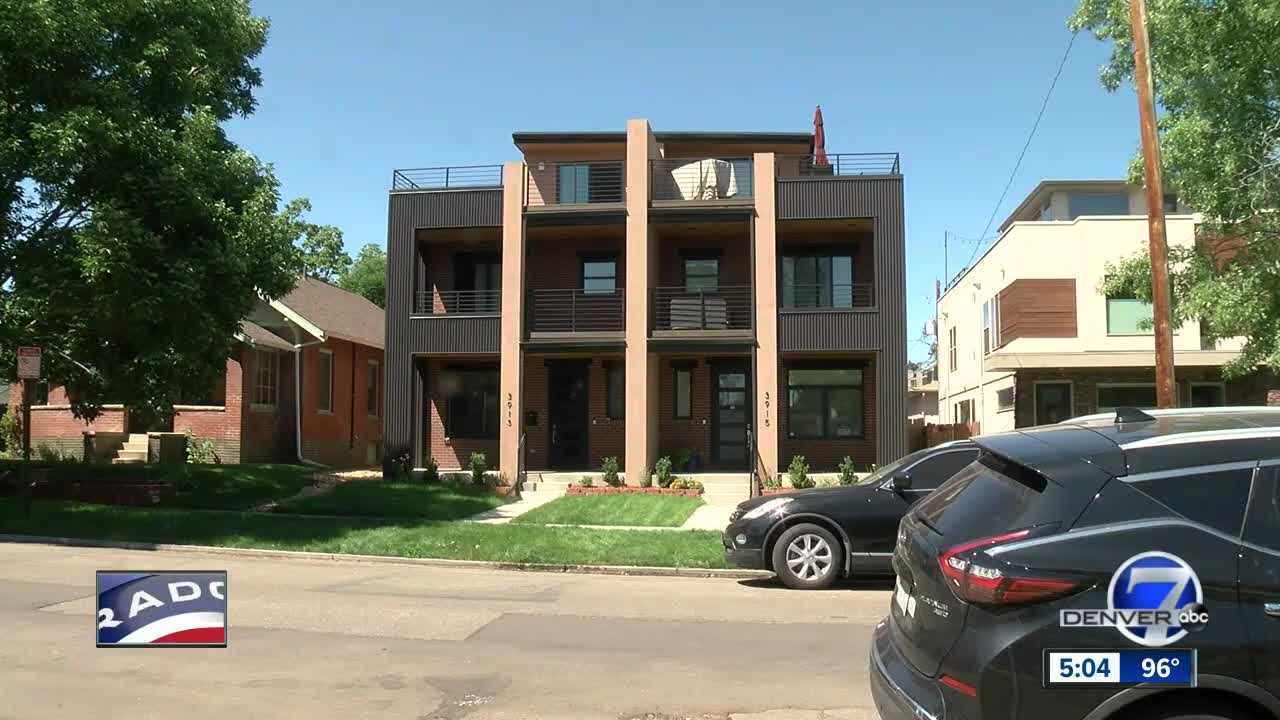 DENVER -- With the rapid growth happening around the Denver metro area, developers are looking for ways to fit additional housing into coveted neighborhoods so that more people can live there.

One of the changes coming to some neighborhoods is the demolition of some single-family units to make way for duplexes. Areas in northwest Denver, Platt Park, Congress Park and others have started to notice more of these multi-dwelling units pop up.

These types of units have some aspects Denver’s citywide planning manager, Sarah Showalter, believes benefits the area as a whole.

“A lot of times we will refer to duplexes or other types of missing middle housing as gentle density, a way to add something into a neighborhood that’s going to bring more affordability or more choice but not bring the bulk or height of an apartment building or a condo building,” Showalter said.

The duplexes also add a different type of housing option for someone who doesn’t want to live in an apartment but isn’t ready to commit to a single-family home quite yet.

Developers also have the potential to benefit from these units since they are creating two units at a lower cost for things like plumbing, which can increase their profits.

Realtor Matthew Leprino says these types of units are selling almost as quickly as when they hit the market and more of the buyers he works with are not only open to the idea of a duplex but many prefer it.

“I think one of the reasons this type of home has gained so much popularity in Denver is because folks maybe aren’t necessarily ready to be biting off a single-family home yet,” said Leprino, who is a spokesperson for the Colorado Association of Realtors.

Along with a lower overall price, one of the reasons his clients like the idea of these types of homes has to do with the amount of maintenance they require.

“You end up with a lot less yard space, a lot less maintenance with it in addition to the fact that these are brand new,” Leprino said.

The rise of duplexes isn’t only happening in Denver but all over the metro area according to Leprino.

However, long-time Berkeley-Regis resident Bill Killam doesn’t like the current look of some of these duplexes and believes it is taking away from the historic aesthetic of his neighborhood. Many of the single-family units in the area were built in the 1900’s in the older Victorian or craftsman style.

“A lot of this doesn’t fit the character of the neighborhood. It would look a whole lot better if there is a little bit more tasteful type of development going on,” Killam said.

They’re not opposed to the idea of duplexes, of the families who are buying them and moving into the neighborhood.

“The fact that we’re getting some younger families with kids coming into the neighborhood, we think that’s terrific,” Killam said.

However, Killam is opposed to the modern design of these units and what they mean for neighborhoods.

Some of these units feature roof decks, which opens up some privacy concerns for neighbors. They’re also contributing to the lack of parking in some neighborhoods.

The most important thing for Killam, though, is the design.

“We just think there’s better ways to do it and more design that is more compatible of the neighborhood,” he said.

Showalter says she has heard those concerns and says part of the reason there is so much flexibility in the design has to do with the city’s zoning code.

“There are things in the zoning code that are resulting in out-of-character, out-of-context results and we need to fix those,” she said.

The city is planning on addressing those concerns starting at the end of the year. However, an update to the zoning code will take about a year and a half to complete.

For now, it’s up to the neighborhoods around Denver to find a balance between preserving the look and feel of an area and keeping up with the change and demands for more housing.