Downtown Denver Partnership at halfway point for its progress plan 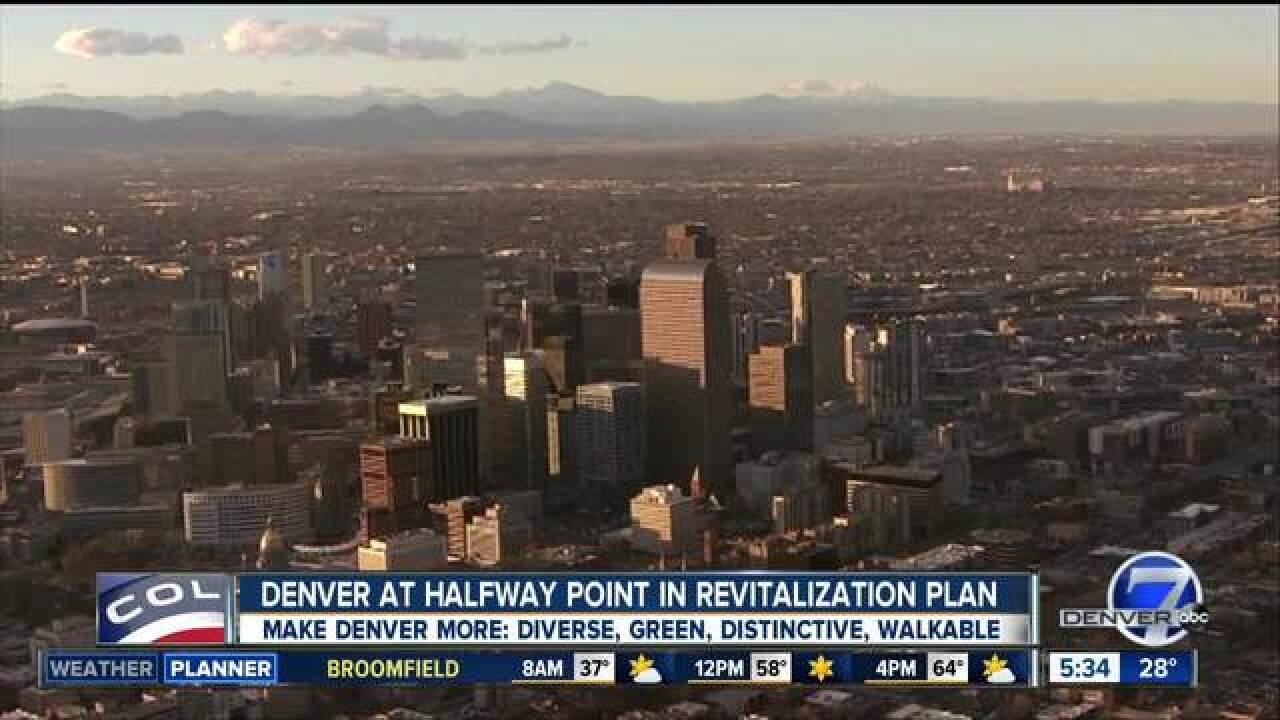 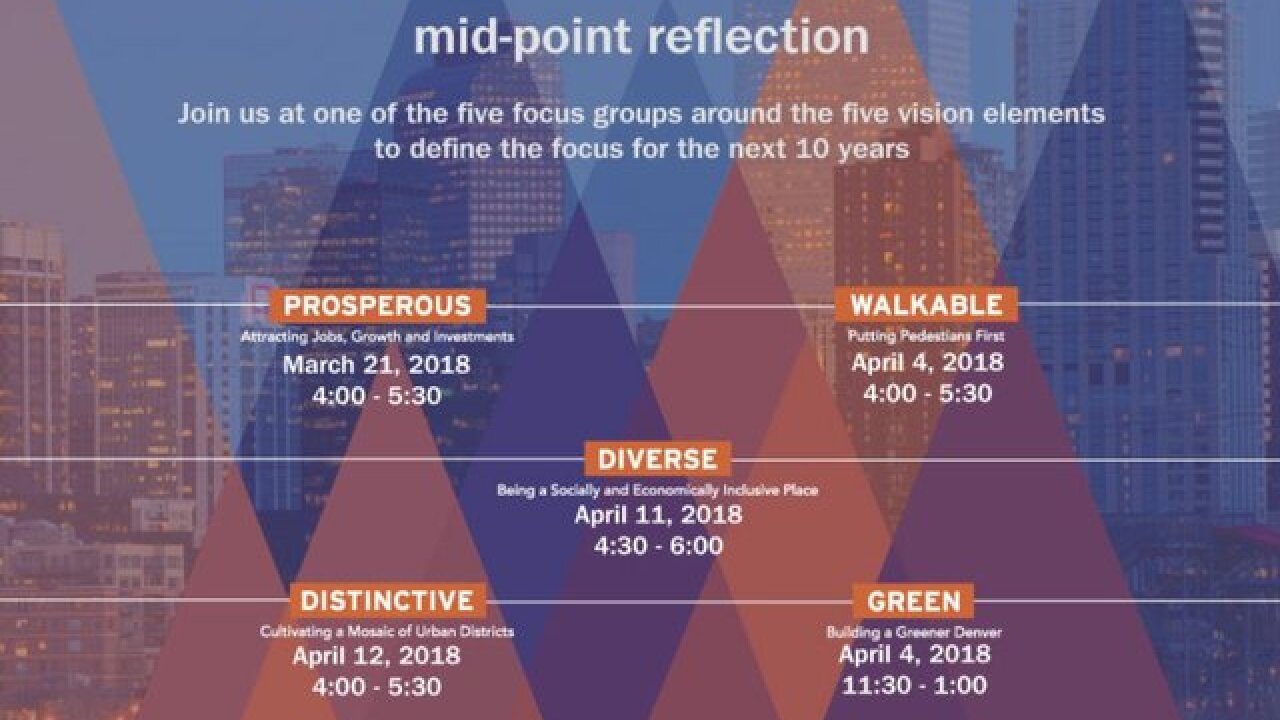 DENVER -- The Downtown Denver Partnership is hosting a series of meetings to update the public on the progress it’s made over the past 10 years.

The meetings are officially called midpoint reflection focus groups for the Downtown Area Plan and are meant to show the public the progress the city has made over the past decade, but also for the city to get some input on how things could be better.

"We’re doing what we call a midpoint reflection where we are reaching out to the community and getting input about how was the plan been going, what is the most important things that we are working on and more importantly what can we focus on in the next one, three, five or 10 years implement the plan fully," said John Desmond, the Executive Vice President of Downtown Environment at the Downtown Denver Partnership.

It all stems back to an ambitious city plan put together in 2007 to make Denver a better place to live and work. That plan started with a study in 2005 that focused on growth. It’s an extension of a city vision that was laid out in 1986.

"I think the beauty of this plan is that it is vision plan and so there are key principles and elements in that plan as opposed to specific tactical actions. So the more we focus on the big picture," Desmond said.

The study found five areas downtown Denver can improve upon. From those areas, the Downtown Denver Partnership set out goals for bringing the city into the 21st century.

The first goal is to make Denver a more prosperous city that is clean and safe. This part of the plan includes energizing the commercial core of the city and attracting new businesses. It also included building up the retail industry within the city.

The second goal is to make Denver a more walkable city by putting pedestrians first. That plan includes better sidewalks and bike paths for people to use. It includes better street lighting so people feel safe when they are on the streets. It also includes things like more pedestrian bridges and ways to make walking more convenient, along with better public transportation options.

"Walkable, while it’s focused on the pedestrian and that's the most important aspect of it, it also looks at all of the different parts of transit and getting around. So, can you park in one place and is it convenient? Can you take transit easily through downtown? Are there bike lanes and other bike infrastructure that really make it encouraging for you to ride your bike? And then, of course, what is the pedestrian environment like? Is it safe? Is it clean? Is it attractive and easy and fun to walk through downtown," Desmond said.

"Distinctive is what are the characteristics of that individual area? What elements does it have? Is it a gathering space? Is it a certain type of architecture? Do we preserve historic buildings? Do we add more density into a neighborhood like Arapahoe Square and give it a distinct and unique identity," Desmond said.

The final goal in that plan is to make Denver a greener city, both in terms of sustainability and in terms of open space. The city wants to add more parks and fountains and reduce the heat island effect parking lots have by adding shrubbery.

For the sustainability aspect, it’s adding more solar panels and retro-fitting buildings more energy-efficient technology. Those are just a few of the steps included in this 20-year plan.

The focus group meetings started on March 21. Each meeting will tackle a different goal. The first focused on making Denver more prosperous.

The other meetings are:

"I think it’s going really well I think we’ve had a lot of accomplishments in the last 10 years. We’ve got a ways to go. We still have some things that we can work on, which is the whole point of this focus groups along with the public meeting that are to be scheduling in May to really get input from the community about what do they want to see? What is most important to them in the 10 years we have left in this plan," Desmond said.

The mid-point focus groups are happening at the Downtown Denver Partnership Offices at 1515 Arapahoe Street, suite 100. People who want to attend are asked to RSVP online by clicking here.

Once the focus groups are done, the Downtown Denver Partnership will release a companion document to the 2007 plan talking about the overall vision for the city.