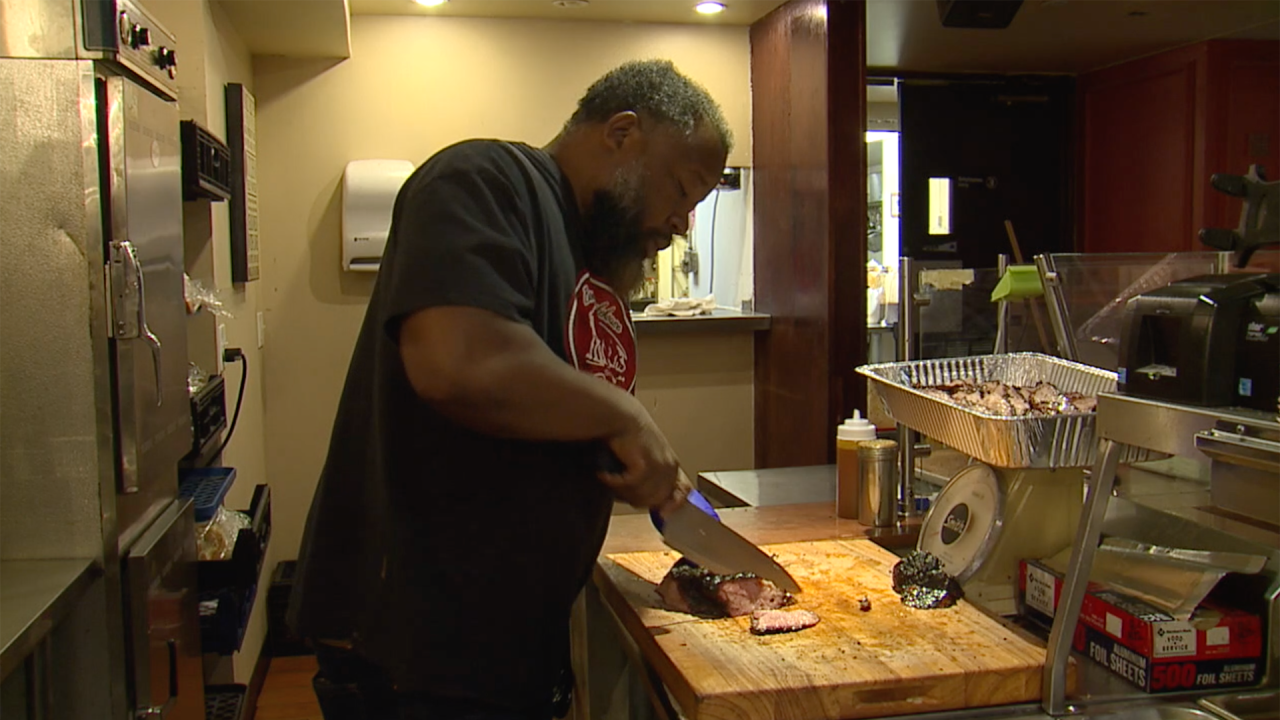 Copyright 2020 Scripps Media, Inc. All rights reserved. This material may not be published, broadcast, rewritten, or redistributed.
Denver7
For the past 15 years, Boney’s BBQ, one of the only black-owned restaurants in Denver, has helped shape the city’s scene with it’s barbecued brisket, spare ribs, and sides. “I like to say we have no style, just good barbecue,” said Boney’s owner and pitmaster Lamont Lynch. 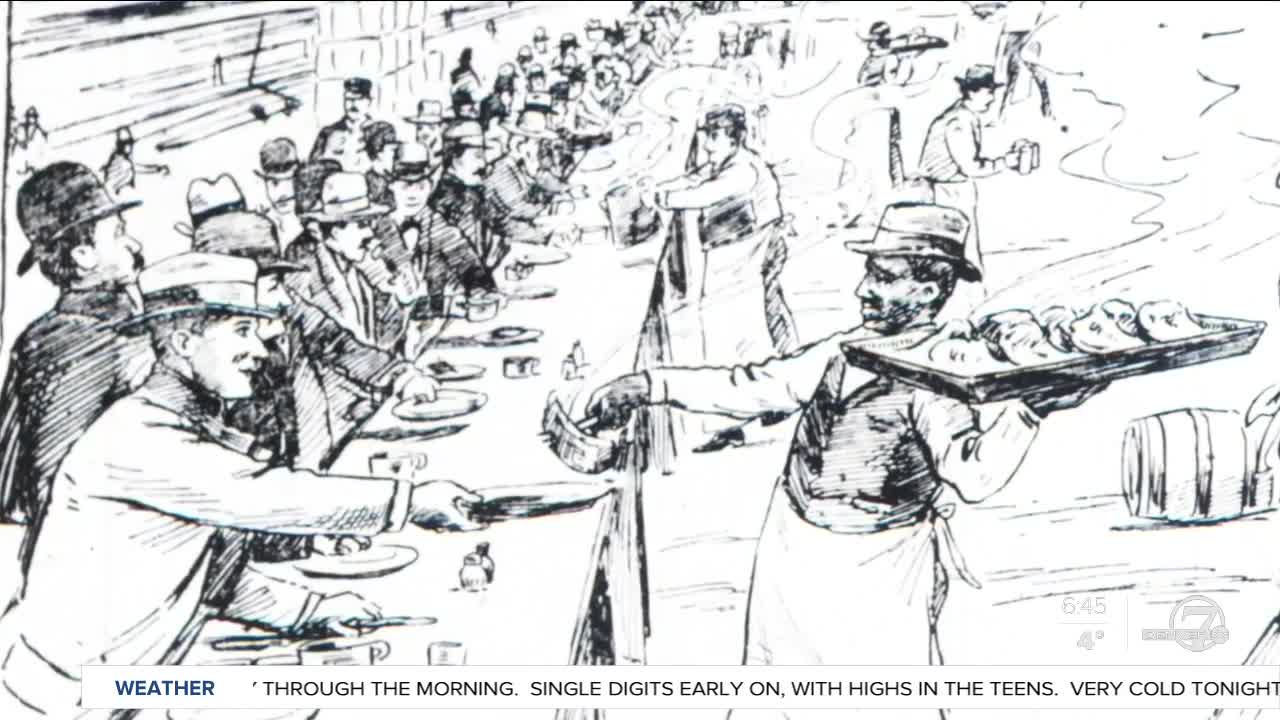 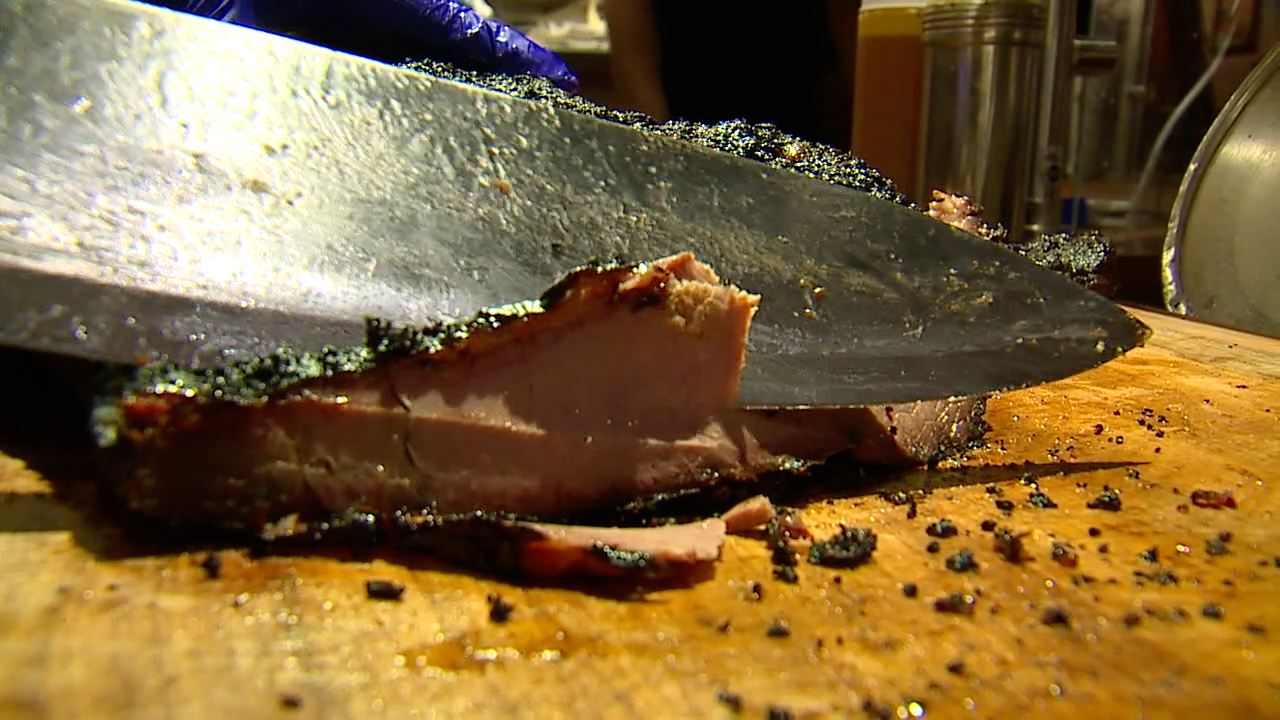 DENVER – Finger-lickin’ barbecue isn’t necessarily something Denver is known for in the present, but in the past, the city’s style of slow cooking meat over an open flame drew thousands.

More than 100 years ago, the city regularly held barbecues large enough to feed masses of hungry people, and a black pitmaster was in charge of the grill.

“Columbus B. Hill, from west Tennessee, shows up in Colorado in the late 1870’s — in Denver around that time. And soon he’s doing barbecues for thousands of people,” said food writer Adrian Miller also known as the “Soul Food Scholar”.

Miller said like many African-Americans at the time, Hill came from the antebellum south, where previously the laborious job of barbecuing meat was a job for slaves.

Miller said barbecue is a Native American style of cooking that Europeans adopted. Eventually, plantation owners made slaves adapt the style of cooking, making them some of the country’s first pitmasters.

“One thing to understand is after emancipation, all of these African-Americans who had been doing plantation barbecues as enslaved people, basically they become barbecues ambassadors,” he said.

Columbus B. Hill was one of those of ambassadors.

Miller said articles written in local newspapers at the time reported the Stock Show Barbecue of 1898 ended in a riot.

“The barbecue was really just supposed to be for 5,000 people — VIP’s with the stock show. But word got out in LoDo (lower downtown) , which was the seedy part of town at that time. So all of these people showed up. You’ve got 30,000 people and only food for 5,000,” said Miller.

“His reputation did take a hit after that. But he comes back and he starts doing barbecues for a lot of African-American institutions,” said Miller.

Columbus B. Hill died in 1923, but Miller says his barbecues had a lasting effect on Colorado.

“Denver has a barbecue scene. We used to have a strong one; we got away from it. We used to be known for bison barbecue and lamb. And up until the 1950s, you’d see news reports about them doing barbecue that way,” said Miller.

Miller said since then, a lot of people who moved to Colorado brought barbecue styles with them and influenced the local cuisine.

“I would say we’re a mix of Kansas City, Texas, and the Deep South, kind of altogether. So, we don’t really have a strong barbecue identity, but I think there’s some barbecue restaurants in Denver that are trying to create one,” he said.

Boney’s BBQ on Champa St. in downtown Denver is one of them.

For the past 15 years, Boney’s BBQ, one of the only black-owned restaurants in Denver, has helped shape the city’s scene with it’s barbecued brisket, spare ribs, and sides.

“I like to say we have no style, just good barbecue,” said Boney’s owner and pitmaster Lamont Lynch.

Lynch said if he had to pick a style, Boney’s BBQ is closest to Memphis dry-rub.

Lynch started Boney’s with his wife, Trina Lynch, in 2005. First, they started out as a food cart, then moved into a restaurant on Champa St., where the business continued to grow.

Now Boney’s is in yet another building on Champa St., and the newest restaurant can seat about 200 people. But still, on any given day, customers are lined-up out the door, just hoping to get a seat.

Lynch attributes Boney’s success to good cooking in a place where new Denverites, especially from the South, are searching for a taste of home.

“We do have a quite a few number of barbecue restaurants, but not like I’m used to down in the South,” said Lynch.

Miller said African-American pitmasters don’t often get recognition for their contributions to barbecue.

But black cooks, like Hill and Lynch here in Denver, have a had huge impact on that delicious style of cooking that we know, love, and happily consume to this day.