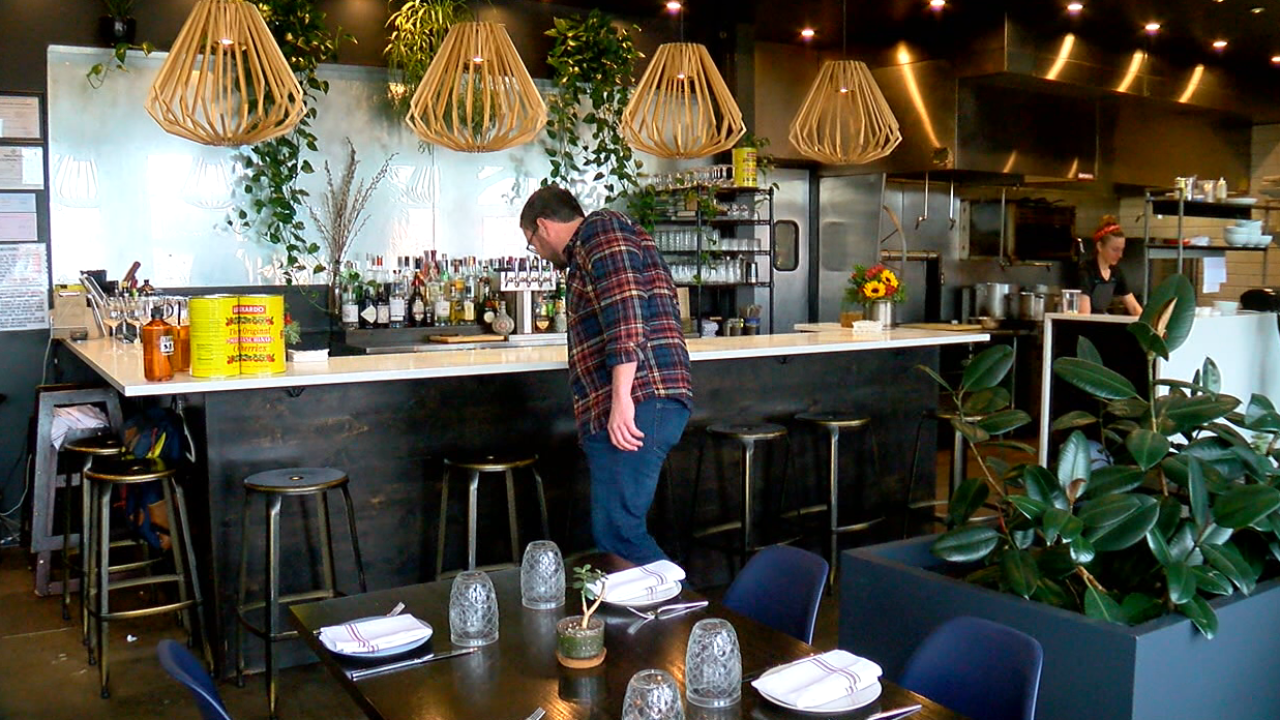 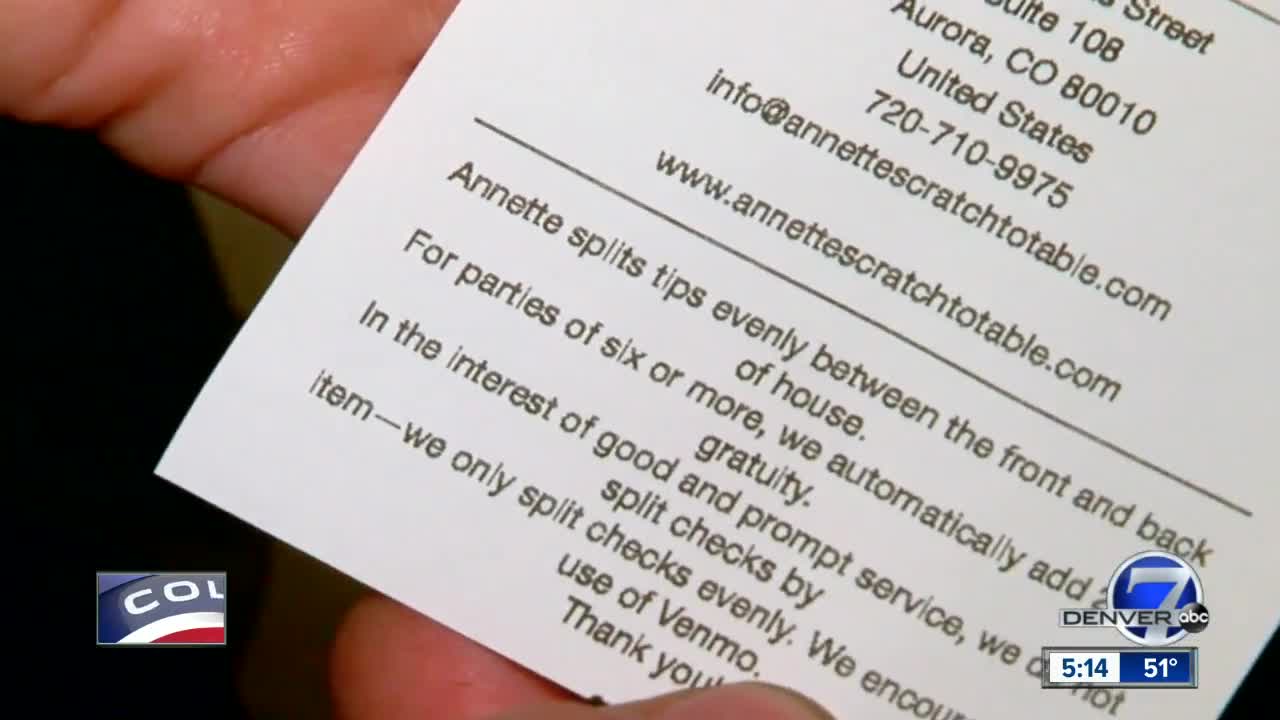 AURORA, Colo. -- When we go to a sit-down restaurant, we're all used to tipping our servers, but one Aurora restaurant is breaking the mold.

Instead, servers at Annette in the Stanley Marketplace share their tips with kitchen staff. It's a practice known as tip pooling, and it's part of a larger debate over equitable pay in restaurants.

"We were a little bit nervous when we started with it, but if feels right," said Annette owner and chef Caroline Glover. "I think that the tipped system where one portion of the restaurant gets all of that is super archaic."

It means her servers and kitchen staff both make regular minimum wage, not the tipped minimum wage which allows servers to be paid less and make up the rest in tips. The tips for each night are then pooled and shared equally.

A message they tell customers right on their bill.

"Annette splits tips evenly between the front and back of house," Glover said while reading the receipt. "We didn't add this until about a year ago and, actually, the tips are way higher."

In our Colorado, where restaurants are booming and minimum wages are quickly rising, a waiter can make upwards of $50 an hour on a night, while the grill cook makes $15 an hour.

Glover said tip pooling solves that problem and helps make sure all her employees make a livable wage.

"It didn't feel fair. I feel like the kitchen is putting in just as much work as the front of the house," she said. "I want people to feel like they can pay their bills. It makes a happier place to work."

Miles Mazey is a bartender and server at Annette. He said the model is working and comes with comparable pay to other restaurants.

"I really think it's closing the gap between the pay disparity between front and back of house," he said.

"There's always been this barrier between front and back of house, and I feel like it's broken down quite a bit," he said.

Glover was one of the first local restaurants to adopt this model. She admits, at first, she had her doubts.

"We definitely had an issue with keeping the servers for sure," she said.

But three years in, she's all in and believes this is the future for restaurants.

Glover said her staff is making anywhere from $25 to $33 an hour under this model.