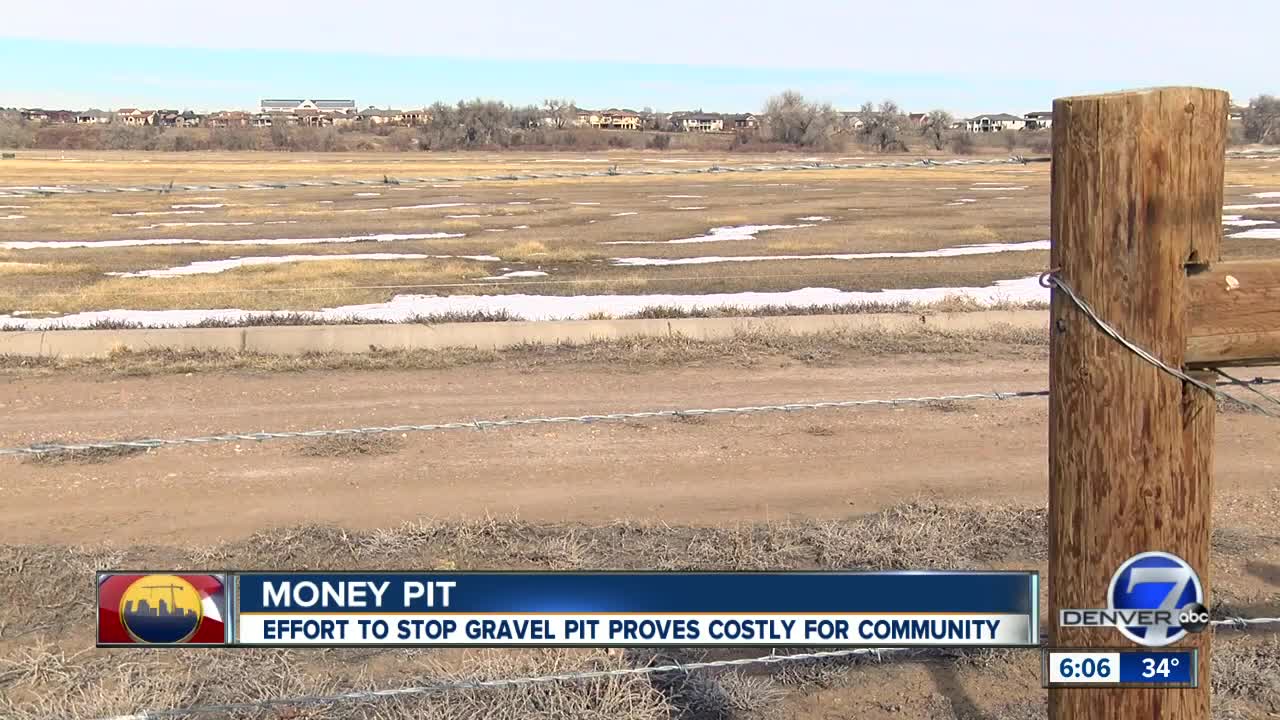 JOHNSTOWN, Colo. — A neighborhood in Johnstown is continuing to rally and fight against a gravel mine being installed near their homes.

Houses inside the Thompson River Ranch subdivision in Johnstown have no shortage of mountain views and open land. That's part of the reason Evan Lund and his family moved to the neighborhood in December 2018.

"We really enjoy having our nice quiet neighborhood and the people around here, and we would hate to see that ruined," he said.

After years and money invested to fight against a gravel mine being installed several hundred feet from his home, Lund said they are continuing to fight and raise funds.

The 136-acre site, owned by Coulson Excavation, would sit between two subdivisions and will be used to build projects, like roads.

Lund said it would be a huge eyesore.

"Reports are thinking about 180 trucks a day, which will keep roads around the neighborhood very busy as well as Frontage Road, which is already backed up," he said.

Lisa Kelty, who also lives in the neighborhood, said they are nowhere close to giving up and are ramping up fundraising.

"The neighborhood is fully committed to raising money," she said. "Over $10,000 has been raised in the past three days through GoFundMe and mailed-in donations."

She said the the reasons to not have a gravel pit near their homes is multi-fold.

"There are just so many reason why an enormous gravel mining operation is not compatible with a neighborhood filled with 1,000 homes," she said. "It would be surrounded on every side by families, and a school is being built a quarter of a mile away."

She said the installation of a gravel mine would create not only dust, but also negatively affect people's health and create more traffic through a family neighborhood where kids play.

Kelty said she doesn't see the gravel pit benefiting the neighborhood in any way.

"The benefit is solely financial and only for the mining company," she said. "It is my hope that Mr. Coulson could find another way to make money off his land — a way that doesn't take so much from so many."

Denver7 reached out to Coulson Excavation for comment on this story, but we did not hear back by deadline.

The decision to allow the gravel mine was previously approved 2-1 by Larimer County Commissioners. That was eventually overturned after a judge found fault with one of the commissioners receiving campaign donations from the family that owns the mine.