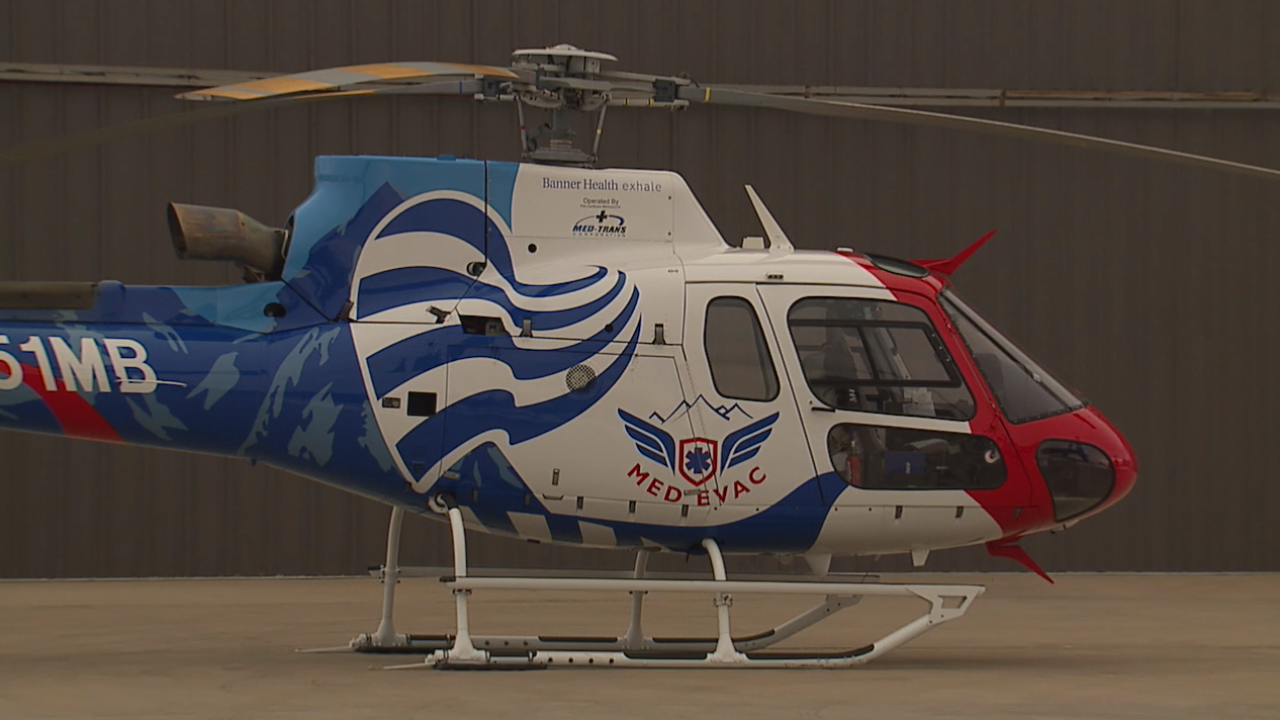 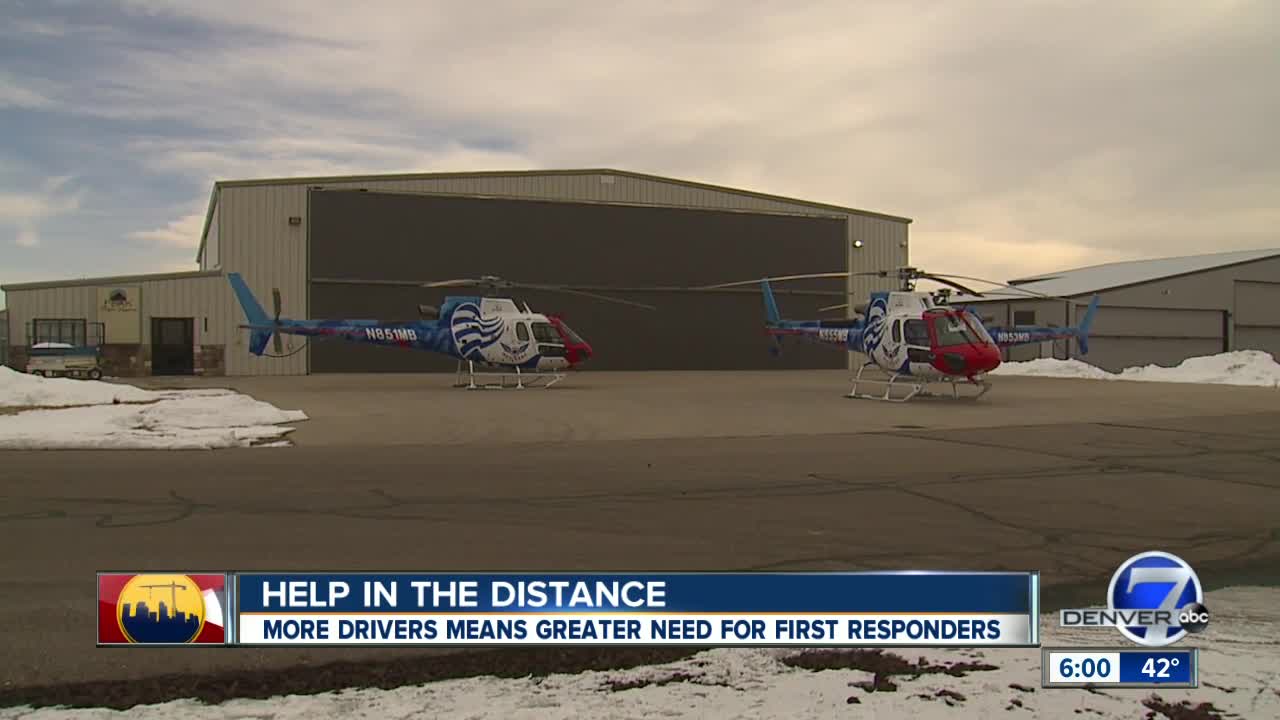 GREELEY, Colo. -- Mark Beshore doesn't remember getting his snowmobile stuck that day back in January of this year.

"Zero,” Beshore said. “No recollection. I don’t remember that day or the day before."

He also doesn’t remember the 25-minute walk to his friend's house.

"Had cardiac arrest and dropped pretty much dead on her floor," Beshore said. "She immediately called 911 and started chest compressions."

It was that action and the flight Beshore took that he believes saved his life.

“They flew the helicopter in based on the call from the Nederland Fire Department," Beshore said. "It was almost the perfect first responder experience that you could get."

Med Evac in northern Colorado air lifted Beshore to Boulder Community Hospital. And after four days, he walked out of the hospital with a stint in his right coronary artery, but no neurological damage.

“Those helicopters save lives,” Beshore said.

Med Evac, Banner Health's air ambulance service, has now launched three new choppers in the past few weeks. One is stationed in Boulder, one in Greeley and one in Akron. Each with a price tag of about $3.5 million.

“We can get off the ground in these about a minute-and-a-half quicker,” said Clint Walker, a Med Trans Corp. pilot. "And in this business, seconds count."

In northeast and northwest Colorado, the challenges vary widely - from increasingly devastating car crashes in rural Weld County to climbers falling in the high country.

"When we go up to Grand County - it might take an ambulance a good two hours to travel over the mountain pass,” Walker said. “We can pick them up and we can get them down to a major trauma center in the Denver area within about 15-20 minutes."

"Sometimes you're limited by snowstorms and ice storms, so we can get those patients to definitive care a lot faster," Howes said. “And the traffic can be terrible during rush hour.”

“When an ambulance has to slow down because of snow, ice and rock slides – or just traffic, in general – we don’t have to worry about that,” Walker said. Walker is a retired Army helicopter pilot flying Blackhawks for more than 15 years.

Beshore believes that flight was without a doubt lifesaving.

"We got (to Boulder Community Hospital) 10 minutes or so from lift off," he said. “The fact that I have no neurological damage, being that remote and having that bad of a cardiac arrest, is pretty amazing."

“It’s a big deal because we’re reaching a lot of people that maybe wouldn’t have quick access to care,” Howes said.