News5 Investigates: Free parks, but not for commercial photographers under new city plan 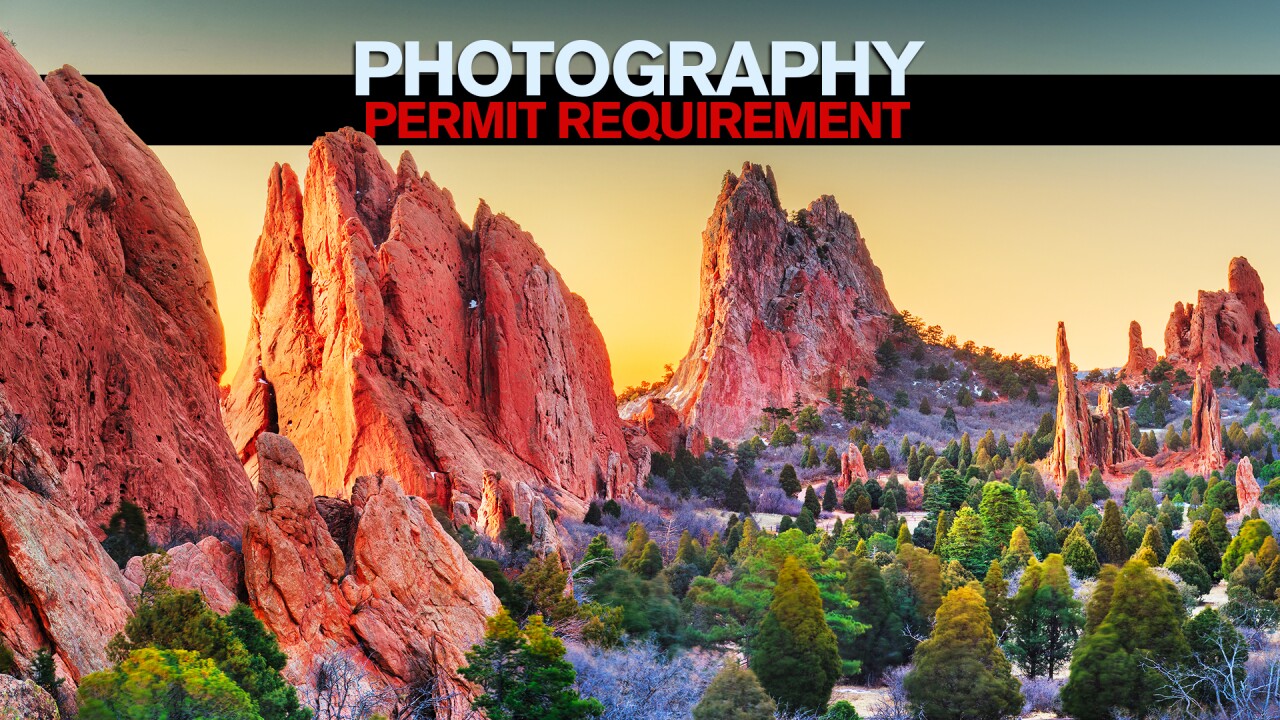 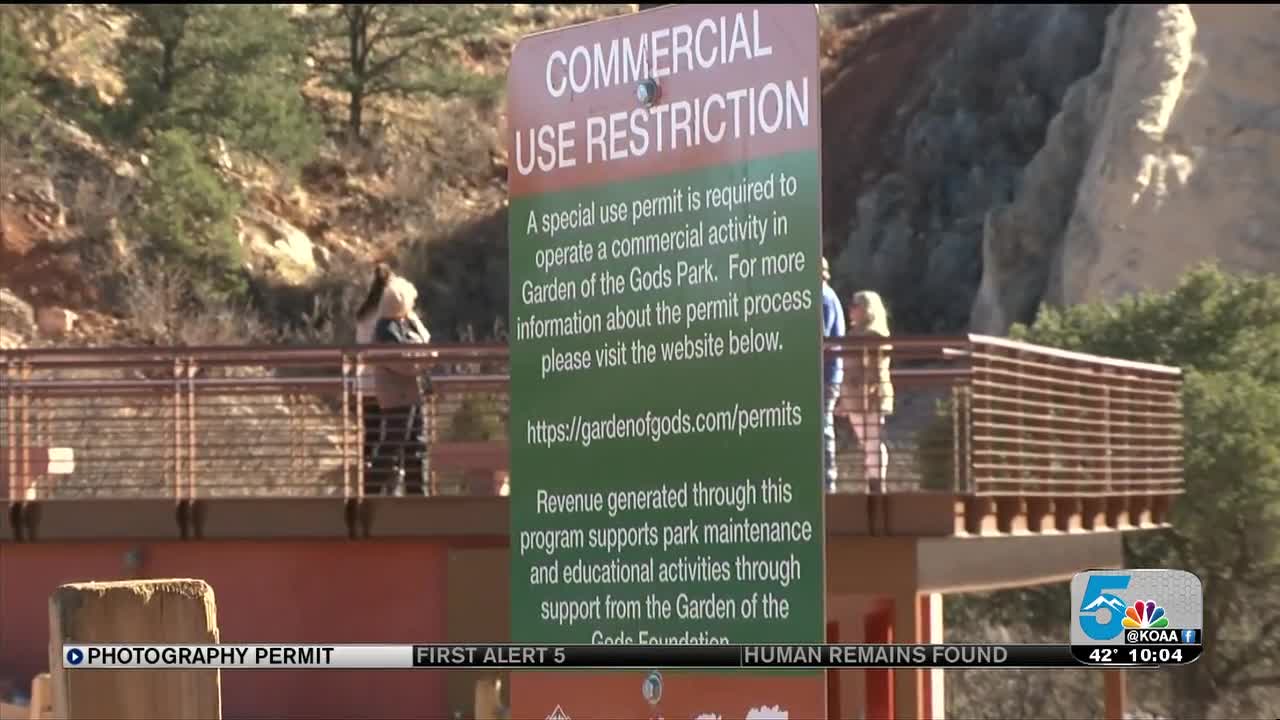 Photographers tell us the proposed permit fee popped up out of nowhere and they want answers from the city.

Unfortunately, city officials can't seem to get their story straight about this new commercial photography permit.

There are many unanswered questions:

What prompted the permit requirement?

How is the city planning to enforce it?

Where exactly is the money going?

Mary Elizabeth Fabian is a professional photographer. It's her livelihood and she's concerned about the city charging a permit fee to take pictures at one of the most visited parks in the country.

Already, she and others tell News 5 that they've heard of park rangers chasing off photographers who haven't yet made arrangements to purchase the permit.

"I don't have an issue with a permit per se," Fabian said. "I have an issue with the fact that I'm trying to run a business and I am a professional and when the city and the Garden of the Gods can't work together and make a clear process before sending a ranger after photographers, you are putting my livelihood at risk."

All photographers we spoke with for this story say they are okay with the city requiring a permit for photographers who take pictures for business-purposes.

However, they question the city's motive to charge a $500 fee which they believe is excessive.

"When the Perkins family gave Garden of the Gods to the City of Colorado Springs, it was put in there that it would be free," photographer Callie Riesling said. "That was the condition for gifting it."

Photographer Amanda Roberts is concerned with how the entire process has been implemented thus far.

"I want to reiterate that we are okay with permits, but we want to be involved with the process," she said. "We want to know where the funds are going to go and how they came up with that number. They're going to make a lot of money and we're just trying to survive and we feed the local economy."

Getting answers from the city hasn't been easy.

"I've called and I have not received a phone call back," Roberts said. "We've been calling to get some clarity."

News 5 has also called and emailed the city multiple times for clarity.

"Thanks for reaching out," city spokeswoman Vanessa Zink said in an email to News 5 Tuesday. "No one is available to comment on the proposed commercial photography permit today."

We realize city officials are busy, so we requested to set up an interview on Wednesday, the 15th of January.

That's when the public relations/city communications office changed its story.

"The Parks Department is considering a permit structure, but it has not been finalized," Jamie Fabos, the city's Chief Communications Officer replied. "For this reason, it would be premature to do an on camera interview until all the details are complete."

There's just one apparent problem: It appears the permit costs are a done deal.

THE EVIDENCE:
There's now a sign at Garden of the Gods alerting people that a special use permit is required for commercial activity in the park. The City has since clarified that this does not yet apply to professional photographers who take pictures for events like weddings and engagements.

News 5 Investigates was also provided an email showing the city's special events supervisor telling a photographer that there have been several changes to their overall permit structure and that the permit cost will be $500.

The sign at Garden of the Gods also says that revenue generated through this program supports park maintenance and educational activities through support from the Garden of the Gods Foundation, although specifics haven't been provided to us.

For professional photographers, it already appears the city has a plan in place.

Chief Investigative Reporter Eric Ross asked Fabos, "Can you clarify what part of the permit structure has not been finalized?"

"Eric, I just answered you," Fabos said. "No need for me to repeat it."

This is factually incorrect. Fabos did not answer our question. We've attached the email thread here for you to read.

Photographers just want accountability and transparency. After all, they believe if the city can implement a fee, they should be able to explain it.

"If we are going to pay it and we have to, we will because we are professionals," Roberts said. "However, I'd like to see the actual breakdown of how they came up with that number which is more expensive than anywhere else in the state."

Riesling is also concerned with the city's lack of transparency.

OUR COMMITMENT TO YOU:
We're not going to allow city government to charge you money or create plans to charge fees without an explanation. We've renewed our interview request to sit down with Parks Operations and Development Director Kurt Schroeder or anyone in the licensing/permitting division to talk about the commercial permitting fees.

Meanwhile, a group of photographers have started a petition on Change.org . More than 10,000 signatures have been collected.

The City has released the following statement which still does not address many of our questions:

This statement is to address confusion regarding commercial photography permits in Garden of the Gods Park. At this time, commercial photo or video projects where the final product is for the customer’s personal use do not require a permit. This includes weddings, engagement photos, graduation photos, etc. taken by professional, paid photographers. The Parks, Recreation and Cultural Services Department is considering implementing a new annual permit for photographers who profit from use of the park beginning this spring. Though not final, the permit fee under consideration is $500 a year and will include all City parks, including Garden of the Gods Park. A photo permit for City parks NOT including Garden of the Gods Park is proposed to be $250 a year.
Over the last week, the parks department has heard concerns from the photography community regarding this structure. To offer feedback before this structure is implemented, email events@coloradosprings.gov. Park visitors who wish to take photos in the park for their own personal use are always allowed to do so without a permit. Other commercial uses within Garden of the Gods Park – like bus tours, guided rock climbing, guided talks, hikes, rentals and workshops – do require a permit. This includes companies, organizations or individuals who receive compensation for activity or use of the park. The permitting system gives the parks department better oversight, increases visitor safety and allows for these commercial users to give back to the sustainability of the park. Revenue from these permits funds park maintenance, programming and projects.