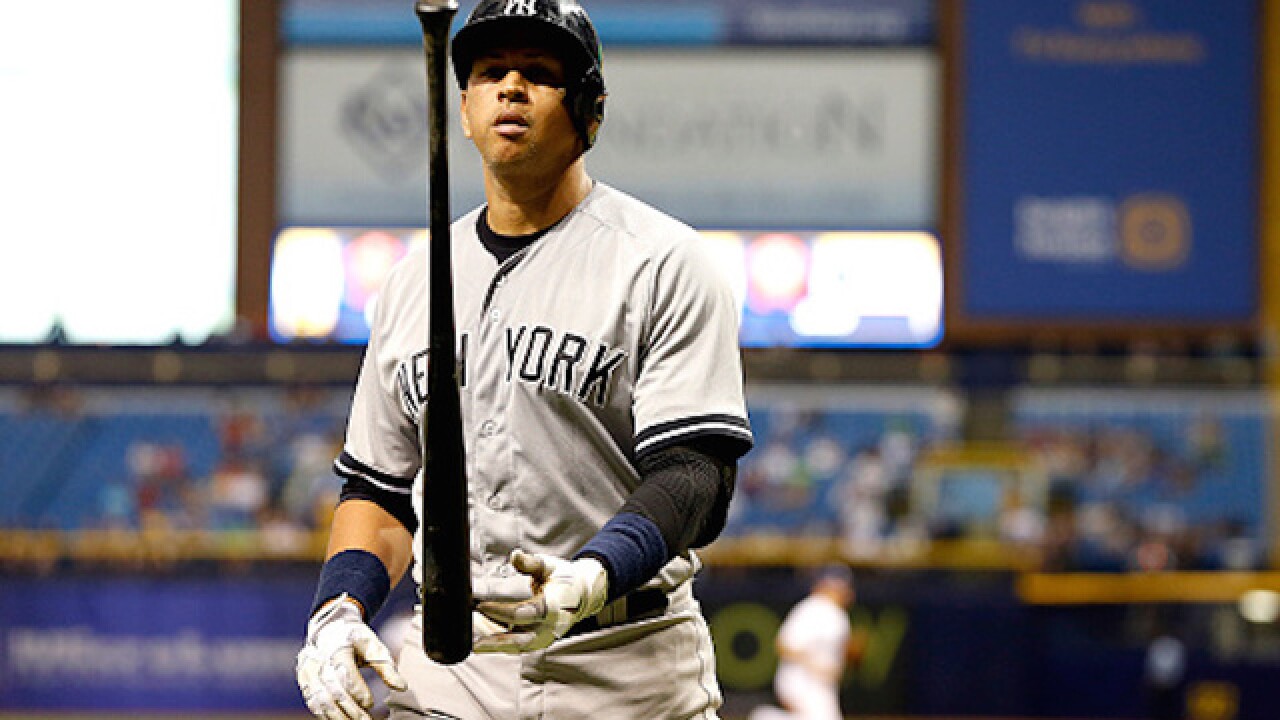 Brian Blanco
<p>ST. PETERSBURG, FL - SEPTEMBER 15: Alex Rodriguez #13 of the New York Yankees walks back to the dugout after striking out looking, to end the top of the fifth inning of a game against the Tampa Bay Rays on September 15, 2015 at Tropicana Field in St. Petersburg, Florida. (Photo by Brian Blanco/Getty Images)</p>

NEW YORK (AP) — Alex Rodriguez was unconditionally released by the New York Yankees on Saturday, ending his 12 years in pinstripes and perhaps his big league career after 22 seasons.

Rodriguez's career batting average is at .295. A 14-time All-Star and three-time AL MVP, A-Rod has 3,115 hits and his 2,086 RBIs are second to Aaron's 2,297 since RBIs became an official statistic. He was suspended for the 2014 season for violations of baseball's drug agreement and labor contract.

Rodriguez's finale was seen by a season-high 368,000 viewers on the Yankees' YES Network, opposite the Olympics, a Mets-Padres game and the New York Giants' NFL preseason game. In addition, the game also was televised nationally on Fox, and YES is no longer available on Comcast.

Mariano Rivera's farewell in 2013 was seen by an average of 258,000 viewers on YES and Derek Jeter's in 2014 by an average of 1.25 million on YES, the most-viewed program ever on a regional sports network.