Writer says Trump's son did not plagiarize in GOP address 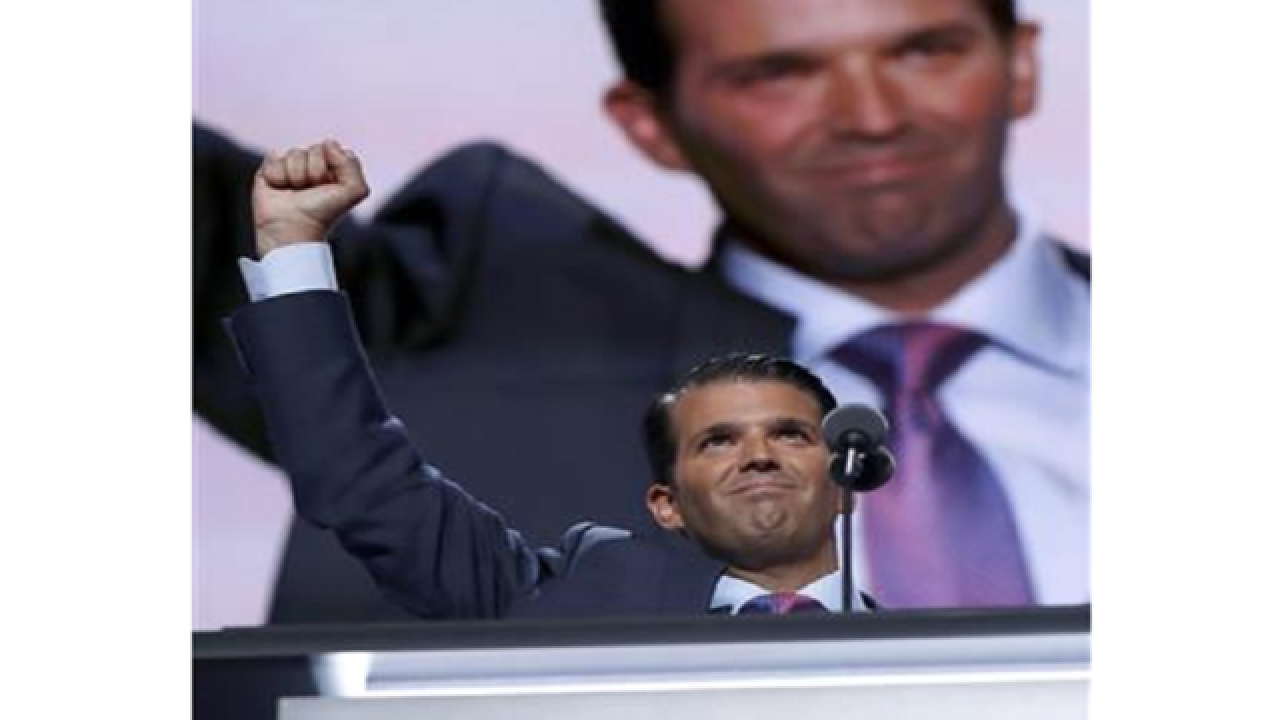 CLEVELAND (AP) — Donald Trump's campaign is facing questions about plagiarism for a second day in a row — but the writer behind the original work in question this time says the campaign did nothing wrong.
The Daily Show highlighted on Twitter similarities between two lines in Donald Trump Jr.'s convention address Tuesday night and an article by F.H. Buckley in The American Conservative. The passages in both Trump's speech and Buckley's writing compare American schools to Soviet-era department stores run for the benefit of the clerks, not the customers.
Buckley tells The Associated Press he was a "principal speechwriter" for Trump Jr.'s address, "so it's not an issue."
The opening night of the Republican convention was marred by charges that Trump's wife, Melania, included passages in her speech that were strikingly similar to Michelle Obama's 2008 convention address
Copyright 2016 The Associated Press. All rights reserved. This material may not be published, broadcast, rewritten or redistributed.