Women's World Cup: Quarterfinals set to be 'wild and crazy' 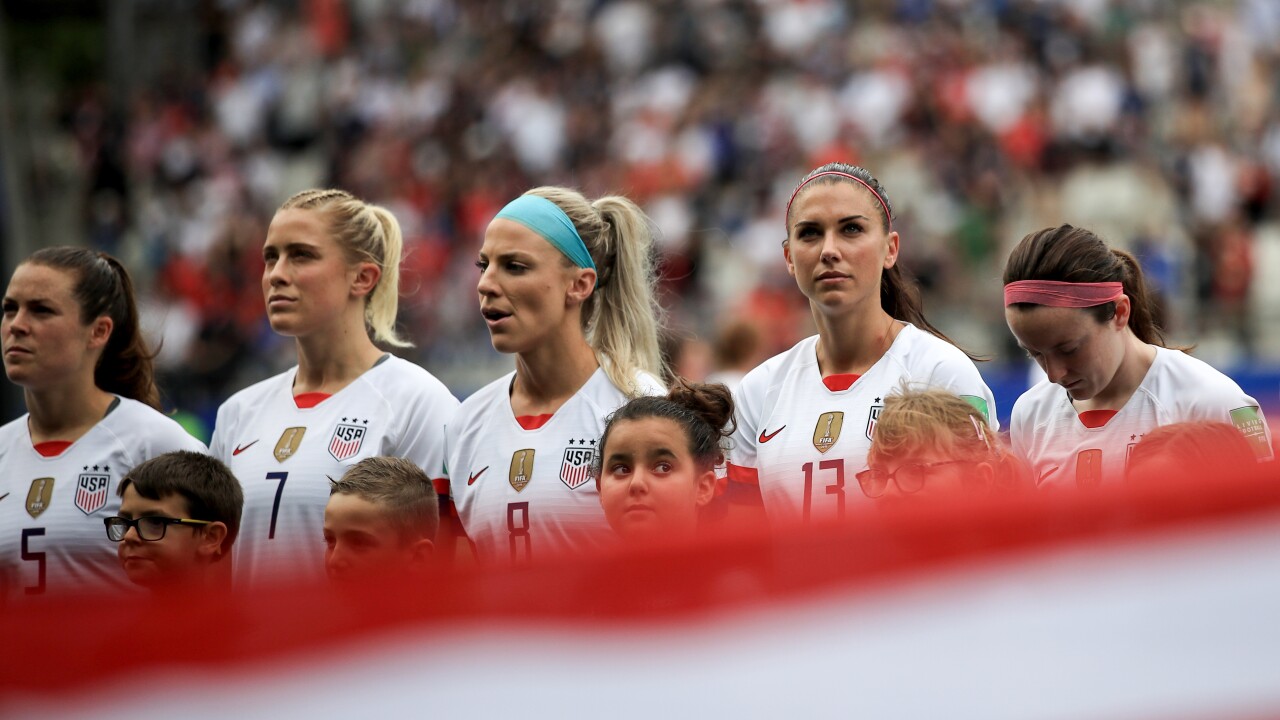 (CNN) -- We're approaching the business end of the Women's World Cup as 24 teams have gradually been whittled down to just eight.

The quarterfinals are upon us and the tournament's showpiece is little more than a week away. US captain Megan Rapinoe expects it to be a "wild and crazy" ride so strap in and enjoy the show.

These are the teams still vying to get their hands on the trophy in Lyon on July 7 -- a record seven of which are European.

Norway reached the last eight after ousting Australia in a pulsating encounter that was eventually decided by penalties, and Martin Sjögren's side proved unflappable, dispatching four spot kicks to Australia's one.

Without Ada Hegerberg, the world's best player who is abstaining from international duty over a disagreement with the country's football federation, Norway has battled hard through its first four matches, and to good effect. The group stages saw victories over South Korea and Nigeria and a narrow defeat to host France.

Caroline Graham Hansen has led the attack, while the country's all-time record goal scorer Isabell Herlovsen has found the net twice so far this tournament.

Having crashed out of Euro 2017 with no points and no goals, Norway appears to have rediscovered its big tournament groove in France.

Next up, though, is England, Norway's conqueror in the round of 16 at the last World Cup. The Lionesses, nine places superior in the world rankings, are unbeaten so far this tournament and hungry to better the bronze medal they picked up in 2015.

It's been over 270 minutes since England conceded a goal and in attack experienced striker Ellen White has put herself in contention for the golden boot behind US' Alex Morgan.

A heated round of 16 game against Cameroon had no shortage of controversy. England's opponent made clear its views on the video assistant referee's interference by staging on-field protests, while defenders Steph Houghton and Millie Bright are "major doubts" for the match.

Houghton is battling to recover from an injury suffered towards the end of the last-16 game, while Bright has a bug which manager Phil Neville said was "going through the camp a little bit."

England is favorite to beat Norway in Le Havre on Thursday, but there's no let-up for whichever side prevails -- France or the US will lie waiting in the semifinals.

Of the four quarterfinal clashes in France, this is the pick of the bunch.

The United States, the sole non-European representative left in the competition, breezed through the tournament's early stages, scoring goals and setting records for fun. But when Spain equalized against the defending champion nine minutes into their round of 16 match -- the first goal the US had conceded all tournament -- Jill Ellis's side looked rattled.

A further penalty from Megan Rapinoe, however, ensured that the world's top-ranked side progressed to the quarterfinals, as has been the case at every previous edition of the tournament. Never, in fact, has the US finished lower than third.

Could France be about to tarnish that record?

"This is the game everyone had circled," said Rapinoe of the prospect of facing the host.

"This is incredible for the women's game. You have two heavy-hitters meeting ... I hope it's wild and crazy. I hope the fans are crazy, there is tons of media around it and it is just a big spectacle."

France's campaign began in ruthless style with a 4-0 thumping of South Korea, but it hasn't been plain sailing since then. Corinne Diacre's side has been the beneficiary of several VAR decisions -- including a contentious penalty retake against Nigeria -- and needed extra time to see off Brazil in the round of 16.

Les Bleues have, however, been profitable in front of goal. Only the US has scored more so far this tournament, and the Americans showed against Spain that their backline can be breached.

Head coach Diacre maintained that fans are yet to see the best from the home side.

"I know my players inside-out, I know they weren't at 100 percent [against Brazil], but the target is to hit that 100 percent for the next game," she told reporters

Italy, competing at a Women's World Cup for the first time in 20 years, is regarded as the competition's dark horses and with good reason.

For years an afterthought in a country where men's football is treated like a religion -- the men are four-time World Cup winners -- the form of Italy's women has been impossible to ignore. Le Azzurre topped a group which contained Australia and Brazil -- two teams ranked inside the world's top 10 -- and disposed of former finalist China in the last 16 to equal its best performance in the tournament.

Both the defense and attack is strong. Two Italians, Aurora Galli and Cristiana Girelli, have scored three goals, while the rearguard has conceded only twice. Italy coach Milena Bertolini put her players' performances down to talent and one further reason.

"They have a mission. Their mission is to try and have the Italian public to discover and appreciate the women's game," she told reporters after victory over China. "I really believe this side has allowed the women's game to break new ground back home. We can see that from the viewing figures, what we see in the press and from the messages we receive from back home."

The Netherlands, the last team to qualify for the quarterfinals, needed a 90th-minute penalty to see off Japan in a tense 2-1 win to reach the last eight for the first time.

The country's previous best performance in the tournament was reaching the last 16 in 2015 on its World Cup debut, falling to defeat by eventual finalist Japan.

The Dutch were holding on for much of the final 20 minutes of Tuesday's last-16 tie, but as reigning European Champion the world's eighth-ranked team is the favorite to prevail.

With most of the limelight so far being shone on a free-scoring US side, Germany has gone about its business with quiet efficiency in France.

The only side yet to concede a goal, Martina Voss-Tecklenburg's team has slowly grown into the tournament, scoring seven of its nine goals in the past two games, against South Africa and Nigeria.

Star player Sara Daebritz, who next season will complete a high-profile move from Bayern Munich to Paris Saint-Germain, has been lively going forward in this German side contesting its eighth consecutive World Cup quarterfinal.

"I'm very happy that we now have one week to relax and prepare for the quarterfinals. Part of that will be working on improving our performance in certain phases of the match, gaining more ground, becoming more confident and not allowing ourselves to get frustrated by small details."

The good news for Germany is that star playmaker Dzsenifer Marozsan is nearing a return to injury and likely to feature in the quarterfinal against Sweden.

As for Sweden, which reached the final eight after a tight victory over Canada, success against Germany would be its fourth semifinal appearance.

If penalties are needed to decide matches later in the tournament, then Sweden has one of the best in the business in Hedvig Lindahl. Her superb save against Janine Beckie was pivotal in taking Sweden to the quarterfinals, and with VAR awarding an abundance of spot kicks at this World Cup, there's a strong chance Lindahl could be called upon again.

The winner in Rennes will face either Italy or the Netherlands on the all-European side of the draw.