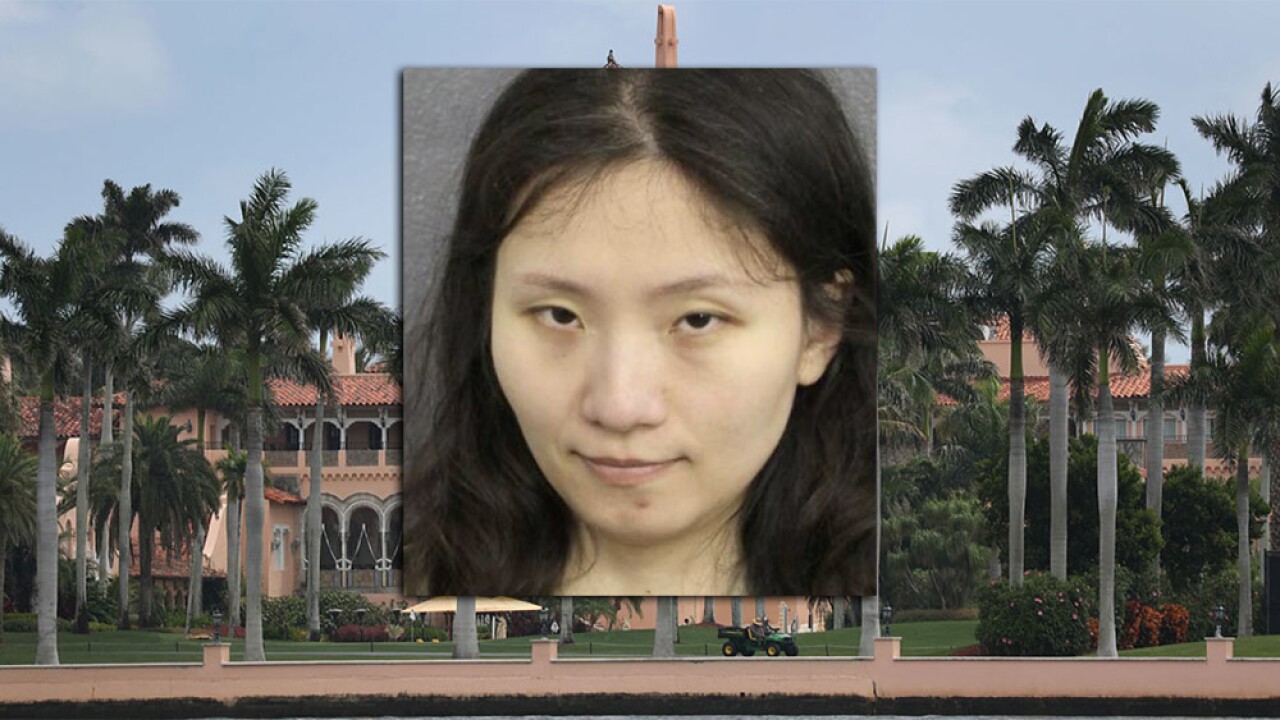 Yujing Zhang , the Chinese woman who allegedly breached security at Mar-a-Lago, President Donald Trump's private Florida club, earlier this year, has been found guilty on counts of unlawfully entering a restricted building and making false statements to a federal officer.

Prosecutors called nine witnesses in a trial that lasted two days. Zhang chose to represent herself during the trial with assistance from the Federal Public Defender's office and court-appointed translators.

Zhang faces up to six years in prison. She will be sentenced in late November.

The case frustrated the US district judge overseeing it, fascinated those following the trial and seemed to have confused the defendant who has chosen to defend herself despite all efforts by the court and the Federal Public Defenders office.

"I don't even know why I'm here today. I thought my case was canceled..." were among the first remarks Zhang told the court prior to jury selection Monday.

Over the past two days, US prosecutors laid out their case as to why Zhang should be found guilty of unlawfully entering a restricted building and making false statements to a federal officer.

"She lied to everyone to get onto that property," US Attorney Ronaldo Garcia told jurors during his closing statement Tuesday. Dovetailing off football analogies Judge Roy Altman and US Attorney Michael Sherwin used a day earlier, Garcia told jurors, "the United States scored a touchdown."

Prosecutors presented evidence that they believed would prove beyond a reasonable doubt to the jury that "anyone with common sense" would have known they were going to enter restricted property: photographs of signage that outline security details and checkpoints, witnesses -- including Mar-a-Lago staff and US Secret Service agents -- who testified Zhang lied to them when asked why she was there, and FBI experts who extracted data from her phone to discover messages from an individual from Zhang's native China warning her not to go to Trump's club, as the event she was hoping to attend -- as part of a $20,000 vacation package -- was canceled.

Once confronted by Mar-a-Lago staff and later questioned by Secret Service agents, Zhang was discovered with Chinese passports and a flash drive containing malware and had a signal detector, other electronic devices and thousands of dollars in cash in her hotel room.

Zhang, who remained mostly tight-lipped throughout the trial, seemed as though she wasn't listening intently to witness testimony, but shuffled through papers in front of her. At times she appeared as though she was looking at the pages, but not necessarily reading the words on them. Altman repeated questions to her when she appeared to not understand court proceedings, her answers were provided at times in broken English and at times through court-appointed Mandarin translators.

"I did not lying, I followed the instruction. I went into the Mar-a-Lago to have a visit. So that's what I want to say, and thank you for your attention," she told jurors during her brief closing statement. Zhang, who did not present her own case, on Tuesday attempted to object to a few prosecution exhibits from being -- like her phone and receipts found in her purse when she was arrested -- into evidence because they were "personal," "sensitive," or "irrelevant" to the case against her, but the judge overruled her each time.

Jurors, during long pauses between Altman's questions and Zhang's answers switched from looking at each other quizzically and staring at intently at Zhang, waiting for any type of answer or response from the defendant.