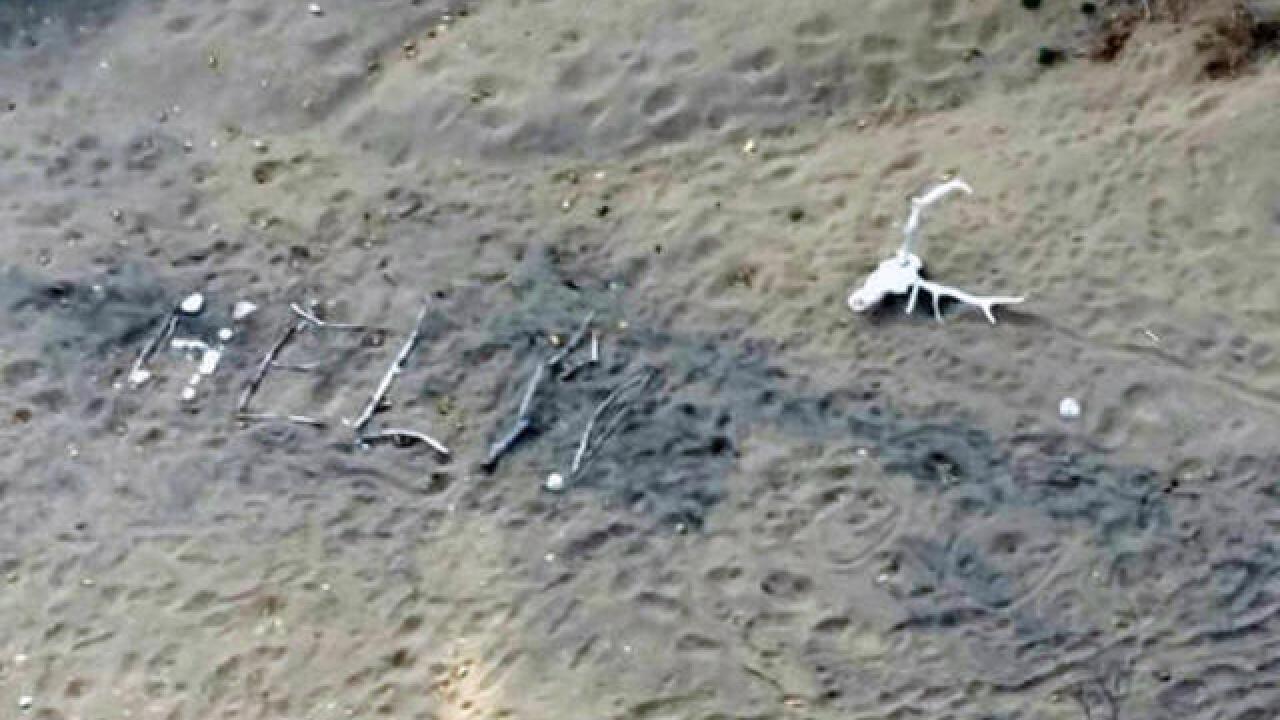 By: Associated Press
Posted at 8:06 PM, Apr 12, 2016
TUCSON, Ariz. (AP) — A woman lost in an Arizona forest for nine days survived by drinking pond water, eating plants and spelling out "help" on the ground with sticks, authorities said Tuesday.
The sign helped lead rescuers to Ann Rodgers, 72, in the White Mountains of eastern Arizona earlier this month, the state Department of Public Safety said. Rodgers declined to comment when reached by The Associated Press.
However, Rodgers told a Tucson TV station on Tuesday that she had food and water in her car but ran out after several days and turned to survival mode.
"I was eating desert plants. My dog was too, diving into clovers and finding all the places that were the easiest to go," she told KOLD.
Rodgers went missing March 31 as she headed to visit her grandkids in Phoenix. She got lost, and her hybrid vehicle ran out of gas and electric power, authorities said. Her car was discovered three days after a search began, but rescue crews struggled to find her.
Authorities came across her dog April 9, and a department flight crew spotted a "help" signal made of sticks and rocks on the ground. Rodgers had left the area, but she was found nearby on the Fort Apache Reservation after starting a signal fire.
Rodgers said she was waving to the helicopter. When it landed to rescue her, she sat down and cried.
The Department of Public Safety said Rodgers was suffering from exposure, but she was in fair condition and able to walk to and board the helicopter with little assistance. She was taken by helicopter to a hospital in Payson for treatment and later released.
Rodgers is from Tucson and was on a hike Tuesday afternoon, the Department of Public Safety said. It was not clear how she ended up in the eastern part of the state because the drive from Tucson to Phoenix is a straight shot on Interstate 10, which does not run through the area where she was found.
Rodgers' rescue came after three men who spelled out "help" with palm fronds were saved from a remote Pacific island last week. They swam to a tiny Micronesian island when their boat capsized, and searchers spotted them two days later.
Associated Press 2016