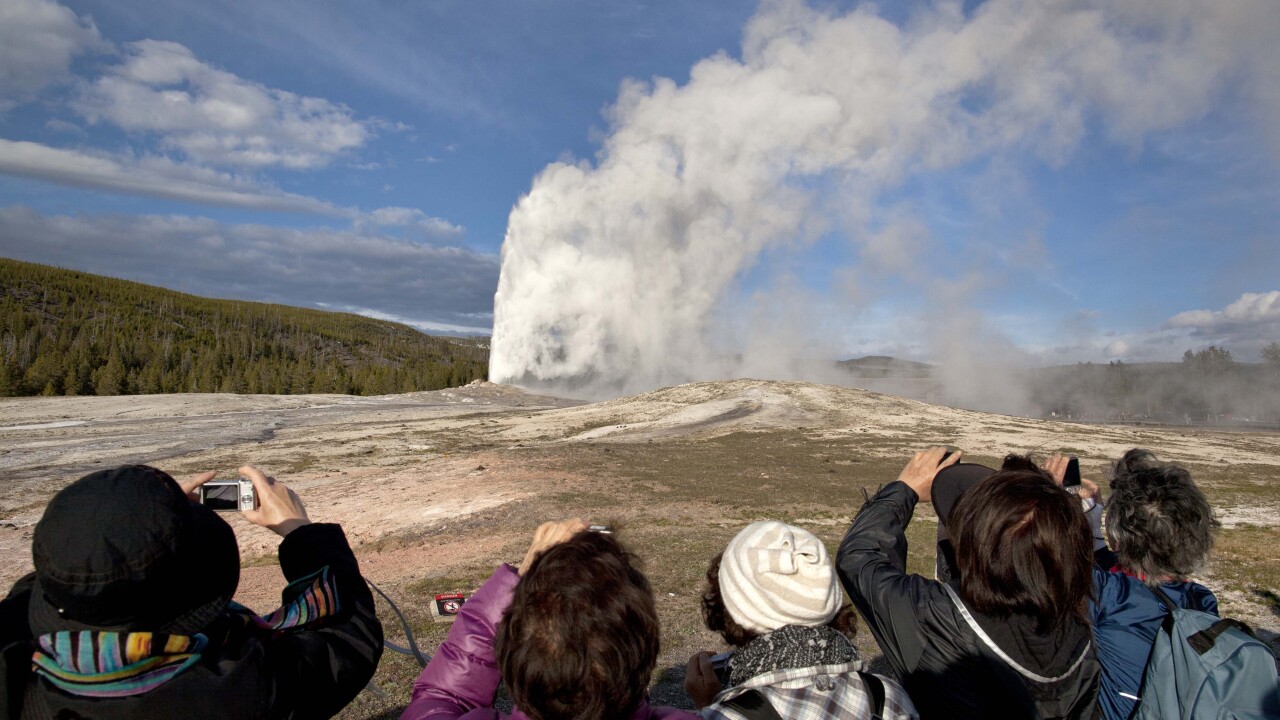 Copyright 2019 The Associated Press. All rights reserved
Julie Jacobson/AP
FILE - In this May 21, 2011, file photo, tourists photograph Old Faithful erupting on schedule late in the afternoon in Yellowstone National Park, Wyo. A woman has suffered burns after falling into a thermal feature at Yellowstone National Park, which is closed because of the coronavirus pandemic. (AP Photo/Julie Jacobson, File)

MAMMOTH HOT SPRINGS, Wyo. (AP) — A woman has suffered burns after falling into a thermal feature at Yellowstone National Park, which is closed because of the coronavirus pandemic.

Officials say she was reportedly backing up while taking photos Tuesday and fell into a hot spring or hole where hot gases emerge near Old Faithful geyser.

Despite her injuries, the woman drove for roughly 50 miles until park rangers stopped her and she was flown to a hospital.

Park officials didn't release the extent of her injuries.

Visitors are warned to stay on the boardwalks near Yellowstone’s often boiling or acidic thermal features. When they don't, it's led to injuries and deaths.

This isn’t the first time someone has been injured near Old Faithful. Last fall, a man fell into a hot spring and suffered serious burns while walking off a boardwalk. And in 2016, a 23-year-old man died after falling into a superheated, acidic mud pot at Yellowstone.

The national park is expected to announce plans for a phased reopening on Wednesday.