With increased security, gay pride parades in Chicago and Columbus go off without a hitch 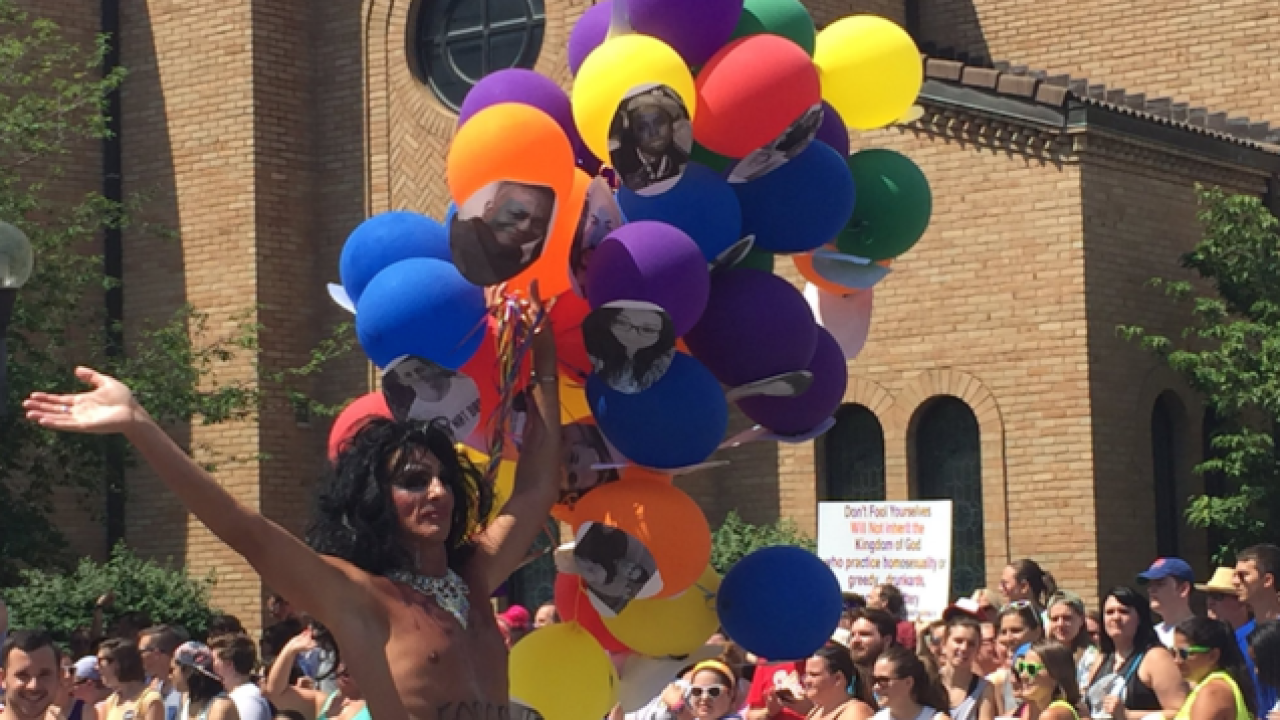 CHICAGO (AP) — The music was thumping and crowds were dancing Saturday at gay pride events around the U.S., with some revelers saying the partying was proof that people won't give in to fear after last weekend's attack at a gay nightclub in Florida.

Festivals and parades went ahead under increased security in cities such as Chicago, Columbus, Ohio; and Providence, Rhode Island, a week after a gunman fired on a crowd at the Pulse nightclub in Orlando. The attack left 49 people dead.

At Chicago Pride Fest, security staff meticulously checked bags, unzipping each and every pocket, and extra police patrolled on foot in a highly visible presence.

The annual two-day street festival in the Boystown neighborhood draws thousands of revelers and serves as a warmup to Chicago's even bigger Pride Parade the following weekend.

Attorney Kavita Puri said that after Orlando, the Chicago event took on even more importance.

By noon, a D.J. had already cranked the music to ear-splitting volume, energizing a crowd that included young clubbers, families pushing kids in strollers, and retirees. The only outward sign of the Orlando attack was a makeshift memorial of flowers, rainbow flags and candles clustered on a street corner a few blocks away.

The attack was on Cheryl Hora's mind. The school bus driver from suburban Rolling Meadows, Illinois, said her son, a drag performer, had done a show at Pulse in October and has a close friend who lost a cousin in the attack. Her son was performing Saturday at the Chicago festival, and Hora — wearing a button with the words "I love my gay son" — said it was important for her to turn up and cheer him on.

In New Orleans, Frank Bonner and Pedro Egui wore matching American flag tank tops as they stood with their arms around each other outside a bar called the Phoenix where the city's pride parade would pass.

Bonner and Egui both had Orlando on their mind.

"I never imagined this," said Bonner. "I have many friends in Orlando. I didn't lose any. But I'm..." he shook his head and his voice trailed off.

"It's really hit me hard," said Equi, who said he lost a partner to suicide a couple of years ago. "It's like all the grieving is sort of seen again," he said. "So I'm happy to be here to celebrate life and celebrate all of us."

Reminders of the nightclub shooting were inescapable. One bar near the Phoenix had pasted the logo of the Pulse over its door. In the French Quarter, rainbow-flags and bunting were everywhere but over the door to one lounge there was an image of a black mourning ribbon next to a rainbow-hued one.

Local sheriff's deputies were posted outside the Phoenix. And in the French Quarter, a strong police presence was evident.

Security was tight elsewhere, too. At a pride event in Grand Rapids, Michigan, police patrolled by car, bike and on foot, and enforced a clear bag policy to keep suspicious items out of the street fair, WZZM-TV reported.

In Columbus, Ohio, Pride Parade grand marshal Lana Moore, a retired firefighter who is transgender, said there was heightened resolve in the aftermath of the Orlando attack, which was carried out by a gunman who had expressed hatred of gay people and sympathy for Islamic extremists.

"This is America and we're a free people," Moore told the Columbus Dispatch.

The Columbus chapter of Muslims for Progressive Values marched in the parade for the fourth time. Group founder Frank Parmir told the newspaper that they were trying to combat the hatred felt toward gay people.

Crowds were thinner at Rhode Island PrideFest in Providence, said Shay Pimentel, who has volunteered at the event for three years.

"I think some people might be scared with everything's that happened," Pimentel said.

Some said the Orlando attack struck a blow to the community in contrast to last year when the LGBT community celebrated the U.S. Supreme Court's ruling in favor of same-sex marriage.

At a parade and festival in Syracuse, New York, Mary Gillen wondered if a safer environment for gays in recent years was under threat from divisive political rhetoric.

"We have felt safe as lesbians up until now," she told the Post-Standard of Syracuse. "With (Donald) Trump and the religious right, I'm starting to look over my shoulder. Do I have to watch my back again? Damn it, we're not afraid. We're not backing down. Those days are done."