Wisconsin is voting today… and it’s a mess

Results won't be known for a week 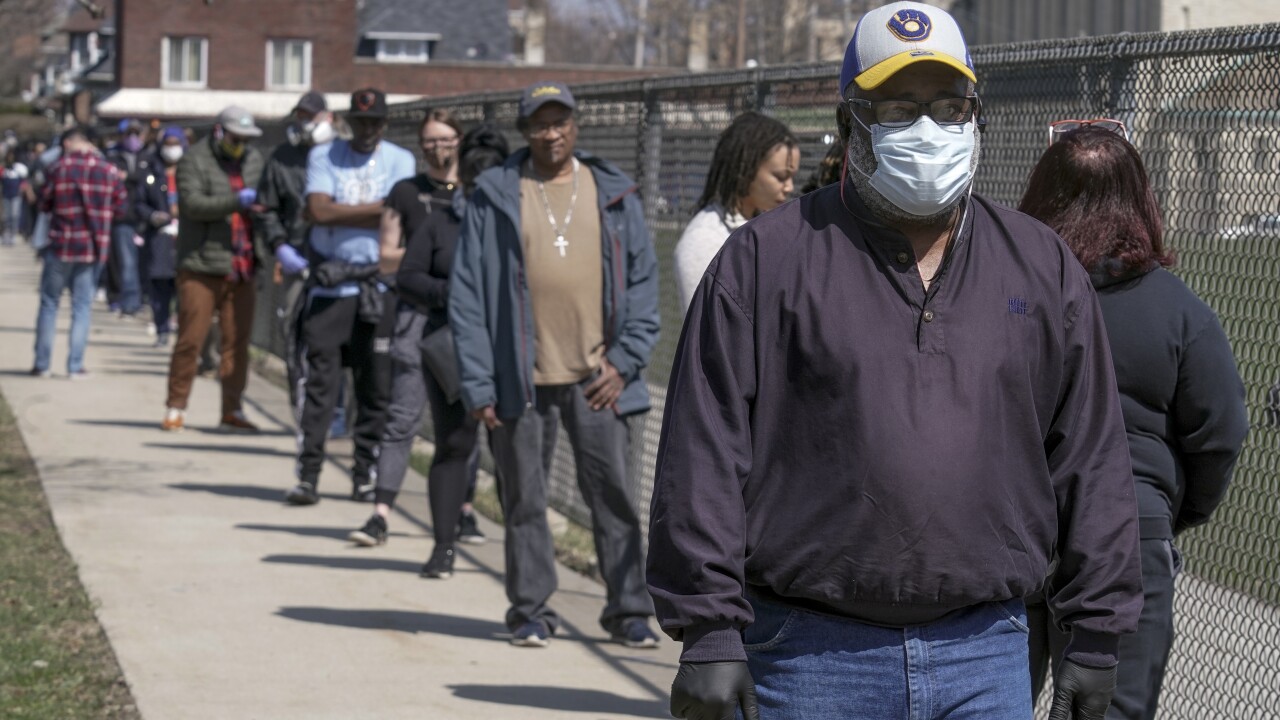 Copyright 2020 The Associated Press. All rights reserved.
Morry Gash/AP
Voters observe social distancing guidelines as they wait in line to cast ballots at Washington High School while ignoring a stay-at-home order over the coronavirus threat to vote in the state's presidential primary election, Tuesday, April 7, 2020, in Milwaukee. (AP Photo/Morry Gash)

Polls closed Tuesday at 9 p.m. ET in Wisconsin for the Democratic president primary, which is down to just two candidates – Joe Biden and Bernie Sanders.

But the polls were open while residents of Wisconsin are under a “stay-at-home” order.

And despite being told to stay home, thousands of Wisconsin voters went to the polls on Tuesday to cast a ballot. As people tried to space out in lines, some lines extended for hundreds of feet.

It was not known until late last night whether in-person voting would take place on Tuesday.

Wisconsin’s Governor, Tony Evers, a first-term Democrat, issued an executive order on Monday to close polls and conduct the election through the mail. He had previously said that he didn't have the power to close the polls on his own, but decided to issue the order after the legislature failed to come to an agreement. Members of the Republican-held state legislature then took the order to the US Supreme Court, where it was overturned by a 5-4 vote, with all five Republican-appointed justices voting in the majority.

Meanwhile, Biden and Sanders are hoping to win a majority of the state’s 84 delegates.

Biden leads the delegate count with 1,217 compared to 914 for Sanders, with 1,991 needed to win the nomination.

The results from Tuesday’s primary will not be known for seven days as Wisconsin will count mail-in ballots to be counted as long as they were postmarked by this afternoon.