'Who's the Boss?' reboot in the works 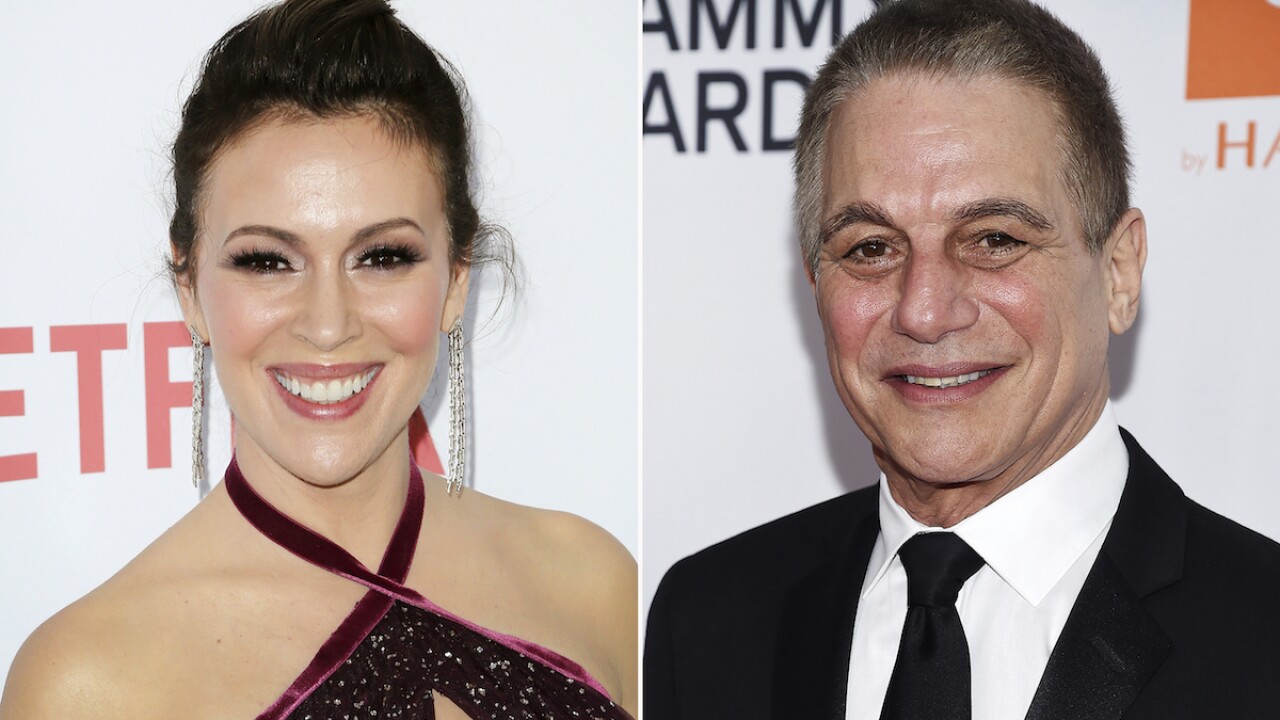 2018 Invision
Willy Sanjuan/Willy Sanjuan/Invision/AP
In this combination photo, Alyssa Milano, left, arrives at the premiere of "Insatiable" on Aug. 9, 2018, in Los Angeles and Tony Danza arrives at the Pre-Grammy Gala and Salute To Industry Icons on Jan. 27, 2018, in New York. A sequel to “Who’s the Boss?” is in the works at Sony Pictures Television, with Danza and Milano set to reprise their father-daughter roles from the 1980s-'90s sitcom. (AP Photo)

Perhaps we'll finally find out who the boss is.

Tony Danza and Alyssa Milano confirm a reboot of "Who's the Boss?" is in the works.

It starred Danza as single father Tony Micelli, who goes from being a professional baseball player to a live-in housekeeper for advertising exec Angela Bower, who was played by Judith Light.

Milano starred as his daughter, Samantha.

Danza and Milano shared news of the show's return on social media.

Deadline reports the show will be a sequel to the original, taking place 30 years later - with Samantha now a single mother living in the house the original series was set in.

No network has been announced yet for the new show.

The show is in development at Sony Pictures Television and will be executive produced by Norman Lear.