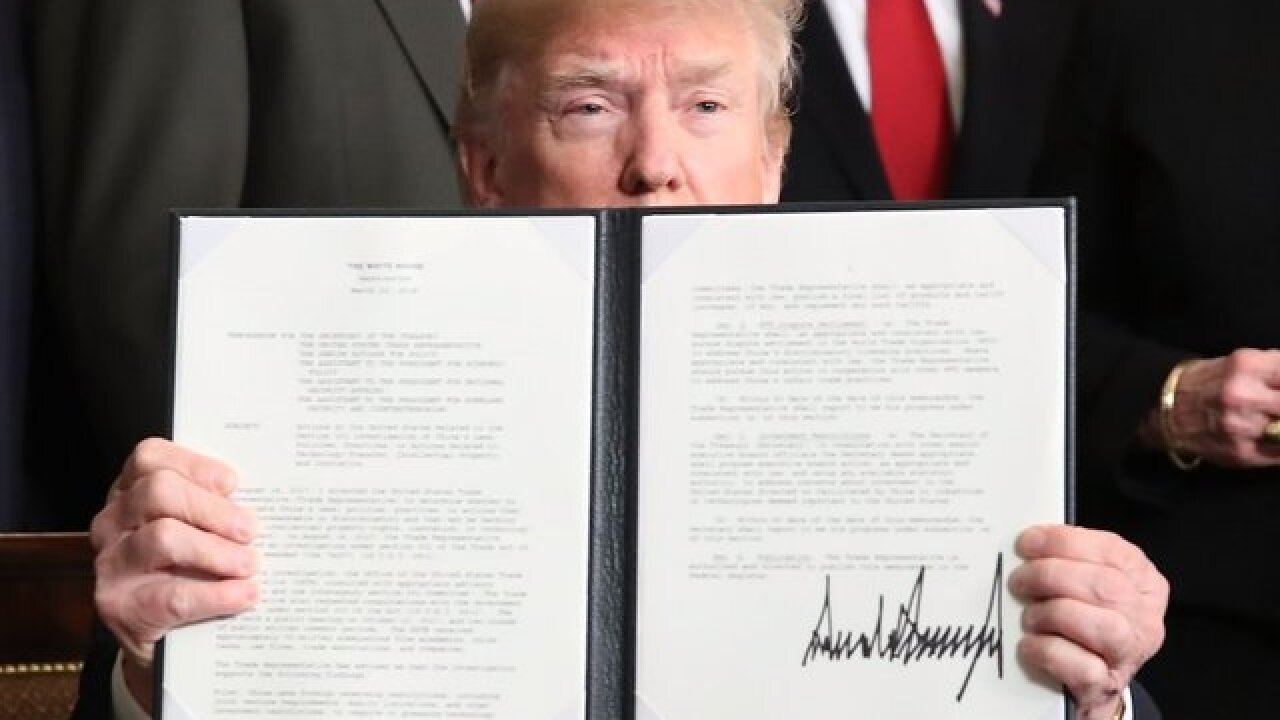 The China tariffs are back on.

On Tuesday, the White House said the administration would proceed with its proposal to impose 25 percent tariffs on $50 billion worth of goods from China, and place new limits on Chinese investments in US high-tech industries.

The decision comes after top administration officials have tried to dampen fears of a trade war.

Treasury Secretary Steven Mnuchin said a trade war with China was "on hold" less than 10 days ago. And Commerce Secretary Wilbur Ross is expected in Beijing on Saturday to help ease trade tensions between the two major trading partners.

Beijing has previously pledged to retaliate against the 25 percent tariffs.

In a brief statement, the White House said the president plans to take "multiple steps" to protect domestic technology and intellectual property from certain "discriminatory and burdensome trade practices by China."

The latest step follows a March report by the US Trade Representative Office, which undertook a seven-month investigation of China's handling of technology transfers and intellectual property, according to the White House's statement.

"The United States will implement specific investment restrictions and enhanced export controls for Chinese persons and entities related to the acquisition of industrially significant technology, the White House said in a statement.

The final list of covered imports subject to tariffs will be announced by June 15. Those tariffs will take effect "shortly thereafter."

Proposed investment restrictions will be announced by June 30 and also take effect at a later date.