White House goes all out to stop bipartisan immigration deal 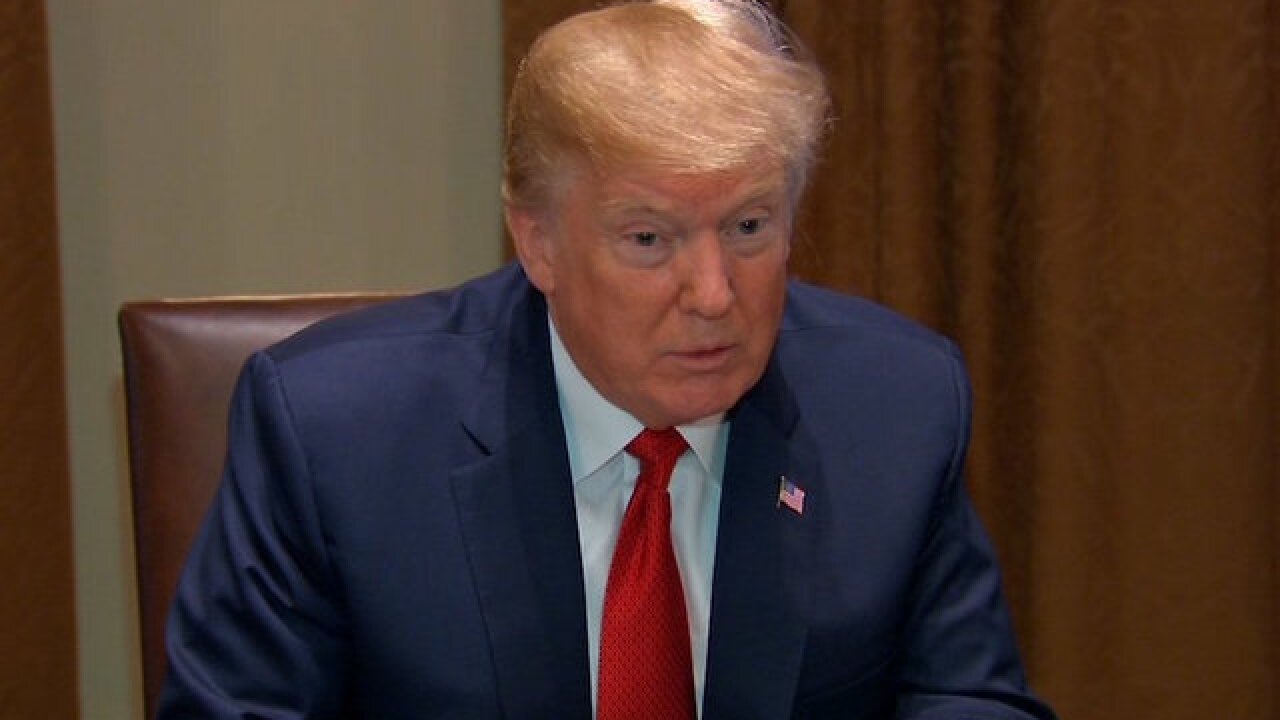 The Trump administration is working Thursday to kill a bipartisan deal on immigration that could be the best chance to get a bill through the Senate.

"This is open borders and mass amnesty and the opposite of what the American people support," Sessions claimed about the bill, according to prepared remarks. "This amendment -- plain as day -- will invite a mad rush of illegality across our borders."

Department of Homeland Security Secretary Kirstjen Nielsen is also making calls to lawmakers to urge them to reject the bill, or potentially even revoke their sponsorship of it, according to an administration official.

And in a statement released late Wednesday night, the Department of Homeland Security had tough words for the plan, calling it "the end of immigration enforcement in America."

The legislation from a group of 16 bipartisan senators would offer nearly 2 million young undocumented immigrants who came to the US as children before 2012 a path to citizenship over 10 to 12 years.

The plan would also place $25 billion in a guarded trust for border security, would cut a small number of green cards each year for adult children of current green card holders, and would prevent parents from being sponsored for citizenship by their US citizen children if that child gained citizenship through the pathway created in the bill or if they brought the child to the US illegally.

The administration statements riled up co-sponsors of the bill, who said the White House and allies have "lost credibility" by criticizing a bipartisan agreement.

"With their press release this morning, it seems as if DHS is intent on acting less like a partner and more like an adversary," said Sen. Lindsey Graham, R-South Carolina. "Instead of offering thoughts and advice -- or even constructive criticism -- they are acting more like a political organization intent on poisoning the well. From the tone of this morning's document, it appears as if DHS hopes all border security proposals fail. That would be the worst outcome of all."

One provision the Department of Homeland Security particularly objected to would direct it to focus its arrests and deportations on criminals and newly arrived immigrants. The Trump administration has virtually removed all prioritization of arresting and deporting immigrants. It has targeted individuals with final deportation orders, some years and decades old, drawing criticism for deporting longtime members of communities with US citizen families.

"The Schumer-Rounds-Collins proposal destroys the ability of the men and women from the Department of Homeland Security (DHS) to remove millions of illegal aliens," DHS said in a statement. "It would be the end of immigration enforcement in America and only serve to draw millions more illegal aliens with no way to remove them.

"The changes proposed by Senators Schumer-Rounds-Collins would effectively make the United States a Sanctuary Nation where ignoring the rule of law is encouraged," the agency added.

President Donald Trump has backed a plan to give 1.8 million undocumented people who came to the US as children citizenship with $25 billion in border security, host of hardline enforcement power requests, substantially cutting family-based migration and ending the diversity visa lottery.

DHS called the bipartisan proposal an "egregious violation" of what the President has wanted.

The White House proposal has been introduced by Republican senators and is expected to be well below the 60 votes needed to advance.

Both proposals are expected to get a vote in the Senate on Thursday.