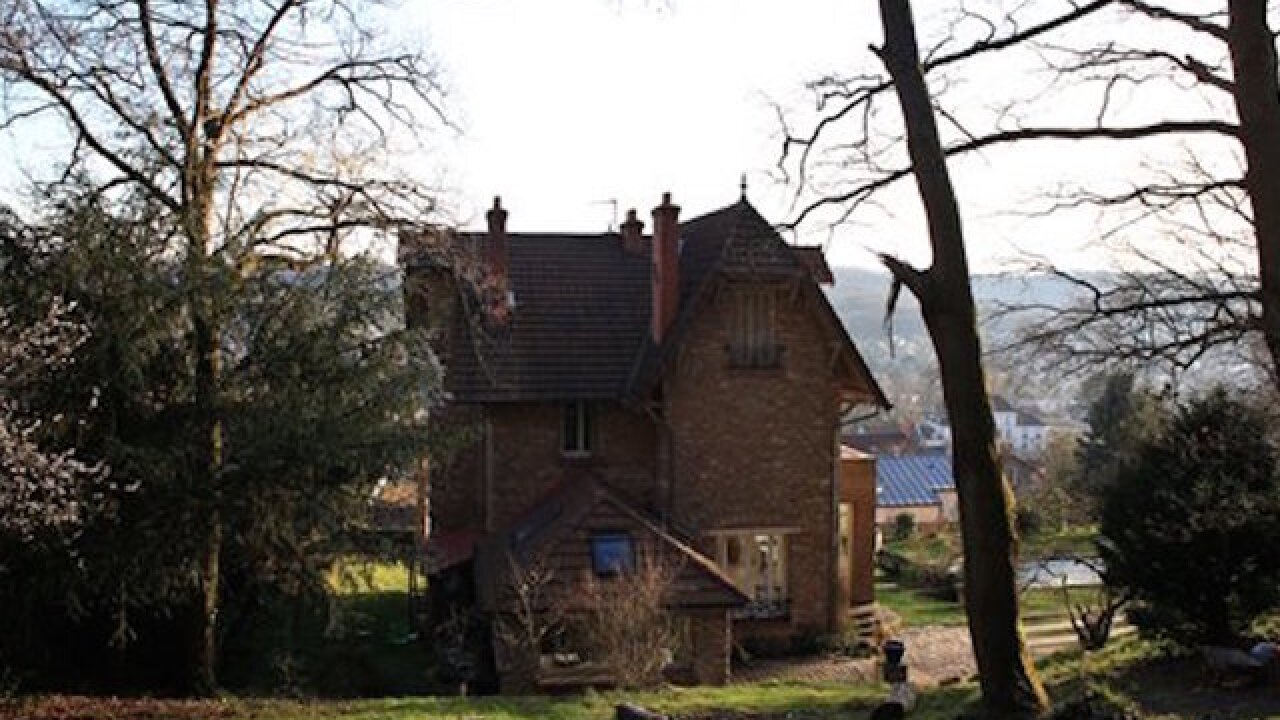 Thibault Camus
<p>The Airbnb rental property where a decomposing body of a woman was found in the garden, in Palaiseau, south of Paris, France, Monday, Feb. 29, 2016. Bertrand Daillie, the deputy prosecutor for Evry, said a group of young people who were renting the house for a weekend discovered the badly decomposed body in the garden near the edge of the property. He says it was covered by tree branches that had been placed there deliberately. (AP Photo/Thibault Camus)</p>

PARIS (AP) — French authorities are investigating the death of a woman whose decomposing body was found in the garden of an Airbnb rental in suburban Paris.

Bertrand Daillie, the deputy prosecutor for Evry, told the Associated Press Monday a group of young people who were renting the house for the weekend discovered the badly decomposed body in sloping forest undergrowth in the unfenced property. He said the corpse was covered by tree branches that had been deliberately placed there.

The unidentified white woman in her early 40s was wearing clothes but no coat or other winter clothing, Daillie said.

The renters, mostly in their 20s, discovered the body Saturday afternoon. The police have started questioning them.

Daillie said the house belongs to a family of seven who left on vacation in another region for a few days. The owners are expected to return on Wednesday, when they are to be questioned by the police.

The owner told police he was distraught at the idea that his young children could have made the gruesome discovery themselves, according to the deputy prosecutor.

The autopsy, which was performed earlier Monday, did not establish the cause of death but put the time of death at one month or more, Daillie said. Other forensic examinations will be made later this week.

The seven-bedroom, 19th century house with its own swimming pool is located near a forest in the well-off neighborhood of Palaiseau, 20 kilometers (12 miles) southwest of Paris. It rents for 400 euros ($435) per night. The listing has since been removed from Airbnb.