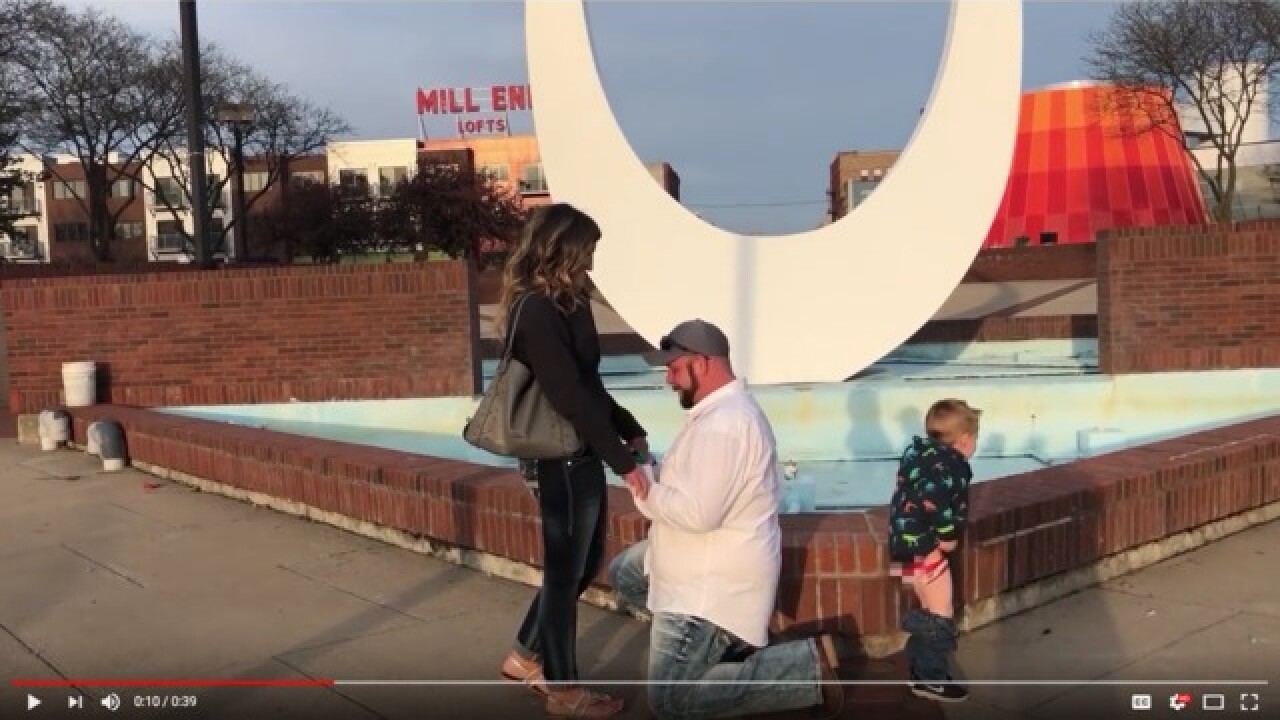 A video of a proposal from a Michigan couple is going viral for all of the wrong reasons after the woman's son dropped his pants and peed mid proposal.

According to WNEM , Kevin Przytula brought his girlfriend, Allyssa, to Bay City over the weekend to propose.

When he dropped to one knee, Allyssa's son dropped his pants and couldn't hold it any longer, peeing right in the shot.

The couple didn't even notice until the person behind the camera giggled and got their attention.

As of Monday afternoon, the video has been viewed more than 3,000 times.