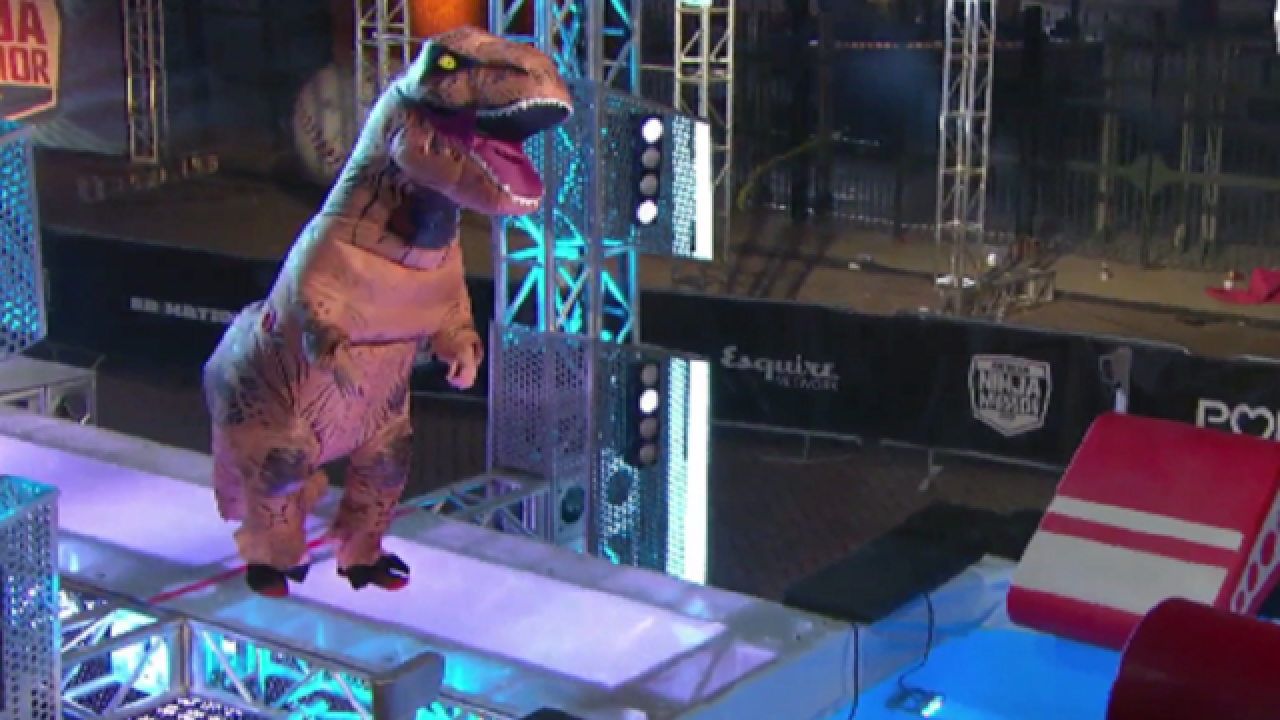 Being a dinosaur has got to be tough gig – mostly due to those tiny arms that make even the simplest of tasks difficult.
So imagine a dinosaur attempting to do one of the most athletic feats TV has to offer.
Dressed as a Tyrannosaurus Rex, a man tried his luck in the “American Ninja Warrior” obstacle course in Atlanta, putting those stubby arms to the test.
The competitor inside the suit, Reko Rivera, managed to make it through several of the barriers. His performance -- though he didn't complete the course --  is going viral.
Watch the hilarious and impressive attempt in the video above.
The best part? Rivera had competed on the show before, but somehow did better with the dino suit on, Time reports.
We think someone has found his calling.
Copyright 2016 Scripps Media, Inc. All rights reserved. This material may not be published, broadcast, rewritten, or redistributed.