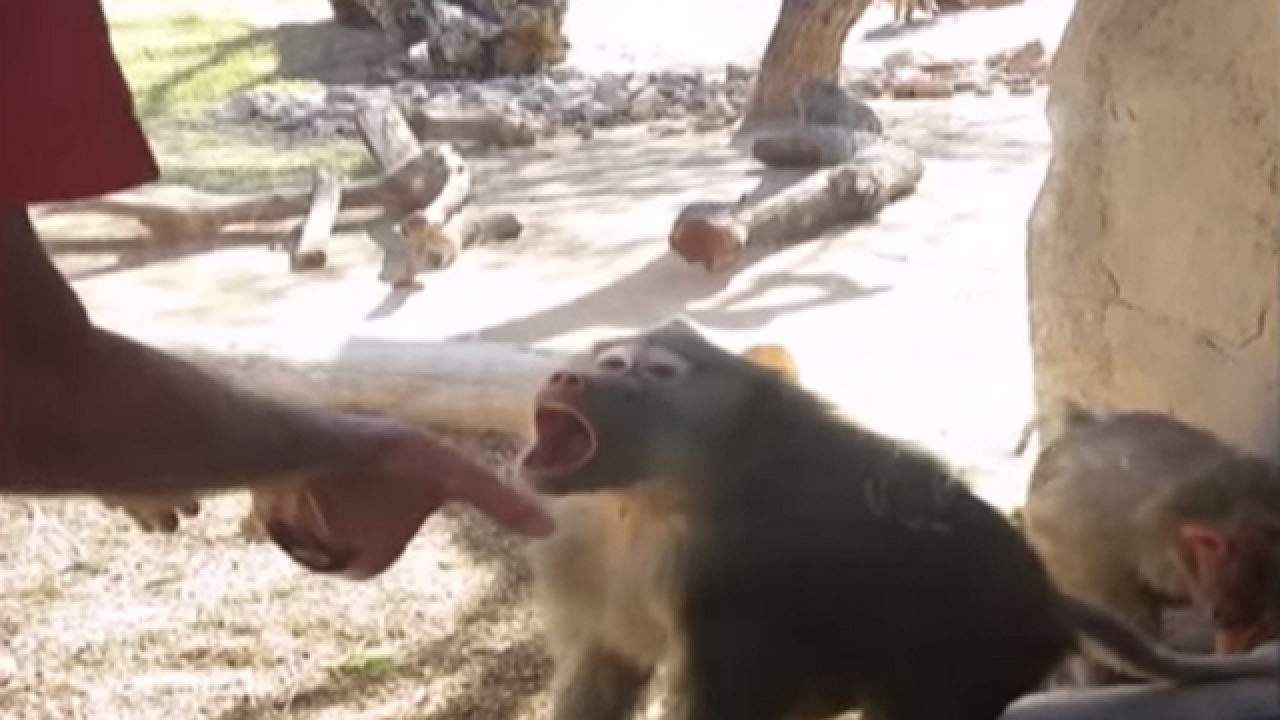 If this little guy ever doubted the authenticity of magic, those days are long gone.
Hilarious video footage shows a baboon’s priceless reaction to a magician’s card trick. The clip went viral after recently appearing on "America's Funniest Home Videos."
With just the flick of a wrist, a white card completely vanishes from a man’s hand – leaving the baboon in utter shock (watch below).
But it wasn’t over.
The magician then makes the card reappear, prompting an equally stunned reaction, this time reaching out in an attempt to touch it.
We known, little fella, magic can be pretty awesome.
Scripps Only Content 2016