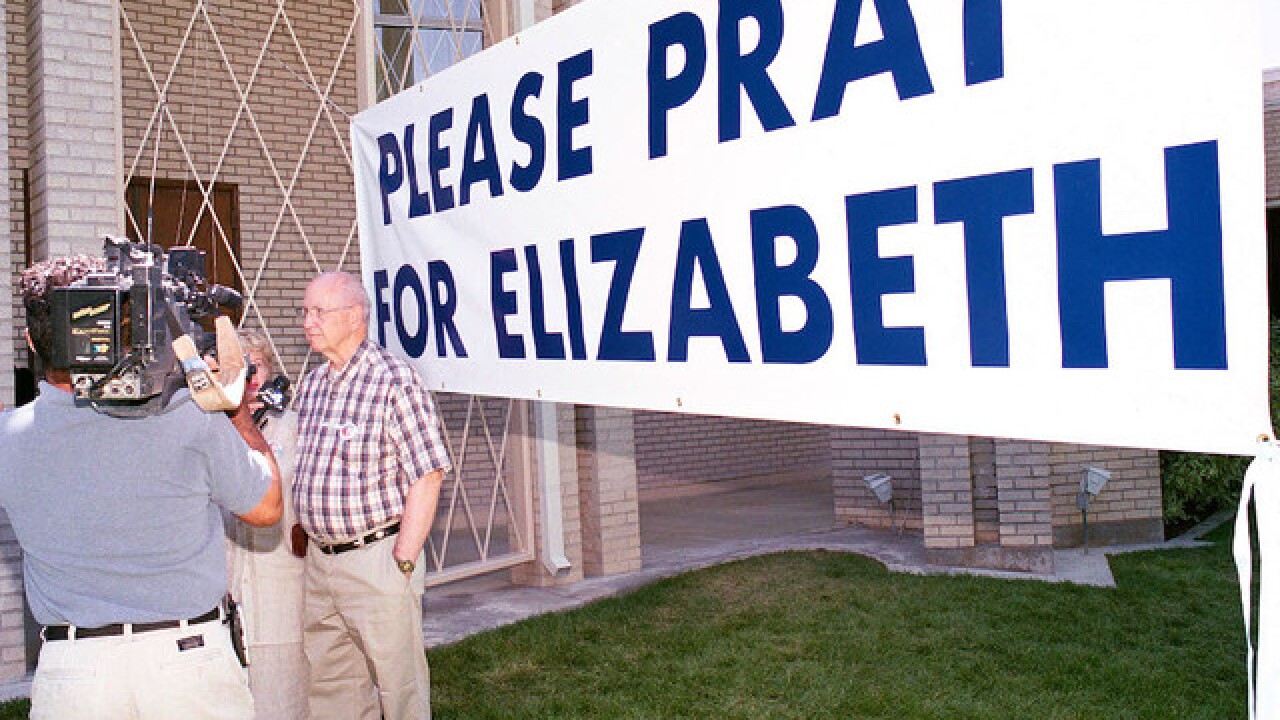 The woman who helped kidnap Elizabeth Smart, and was sentenced to 15 years in federal prison for it, will be released next week.

The Utah Board of Pardons and Parole made the announcement saying Wanda Eileen Barzee, now 72, has served her time. She'll leave prison September 19.

Barzee and her husband, Brian David Mitchell Mitchell, were convicted of abducting Smart, then 14, at knifepoint from her bedroom in June 2002.

Smart was found nine months later, walking down a street in the Salt Lake City suburb of Sandy with Barzee and Mitchell, a drifter and self-described prophet who called himself Emmanuel. He had done some handyman work at the Smarts' home.

Just after her abduction, Mitchell took her to a wooded area behind her home and performed a mock marriage ceremony with her, Smart later said. During the nine months of her captivity, she was held captive in Utah and California.