Air Force 2 was grounded Tuesday night after the plane's engine sparked with Vice President Mike Pence aboard. No injuries were reported. 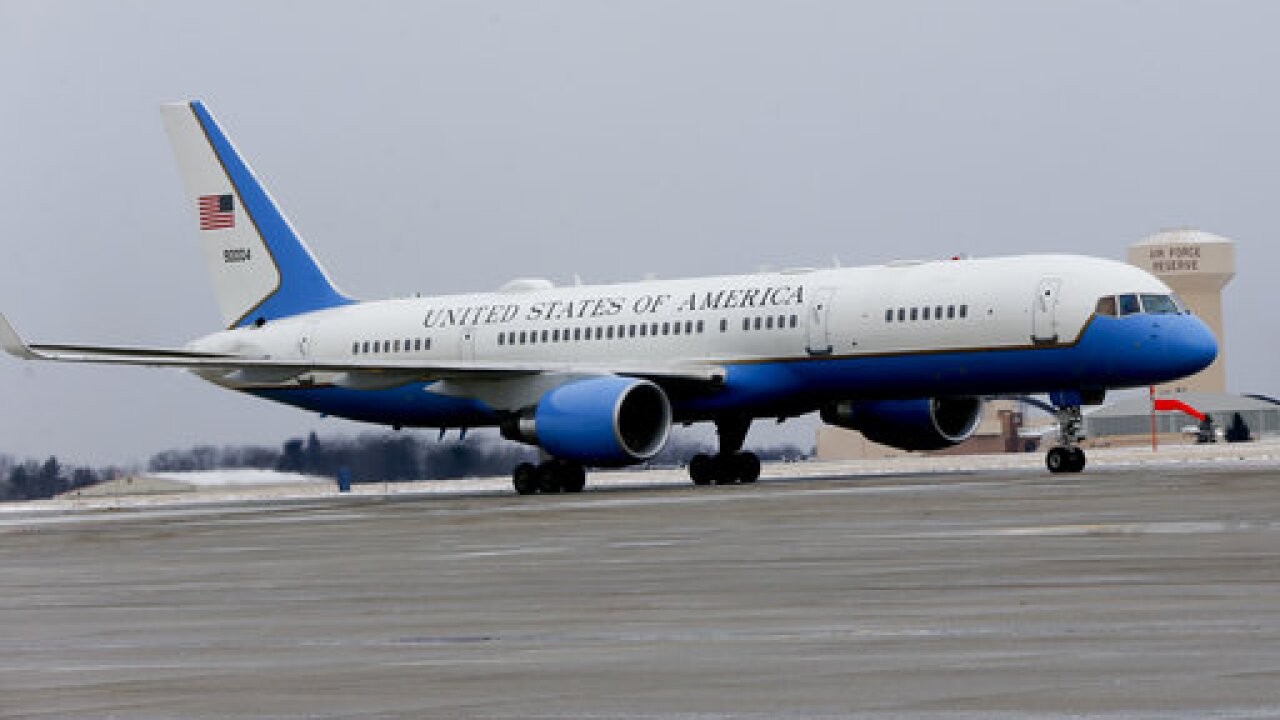 WASHINGTON (AP) — The White House says Vice President Mike Pence’s airplane struck a bird upon takeoff from a New Hampshire airport, causing the pilot to return to the airport out of caution.

Pence was returning to Washington from a campaign event Tuesday at an airport hangar in nearby Gilford. When Air Force Two took off from Manchester-Boston Regional Airport, it struck a bird.

A senior administration official said the vice president and his entourage were in no danger. The official wasn't authorized to address the matter publicly and spoke on condition of anonymity.