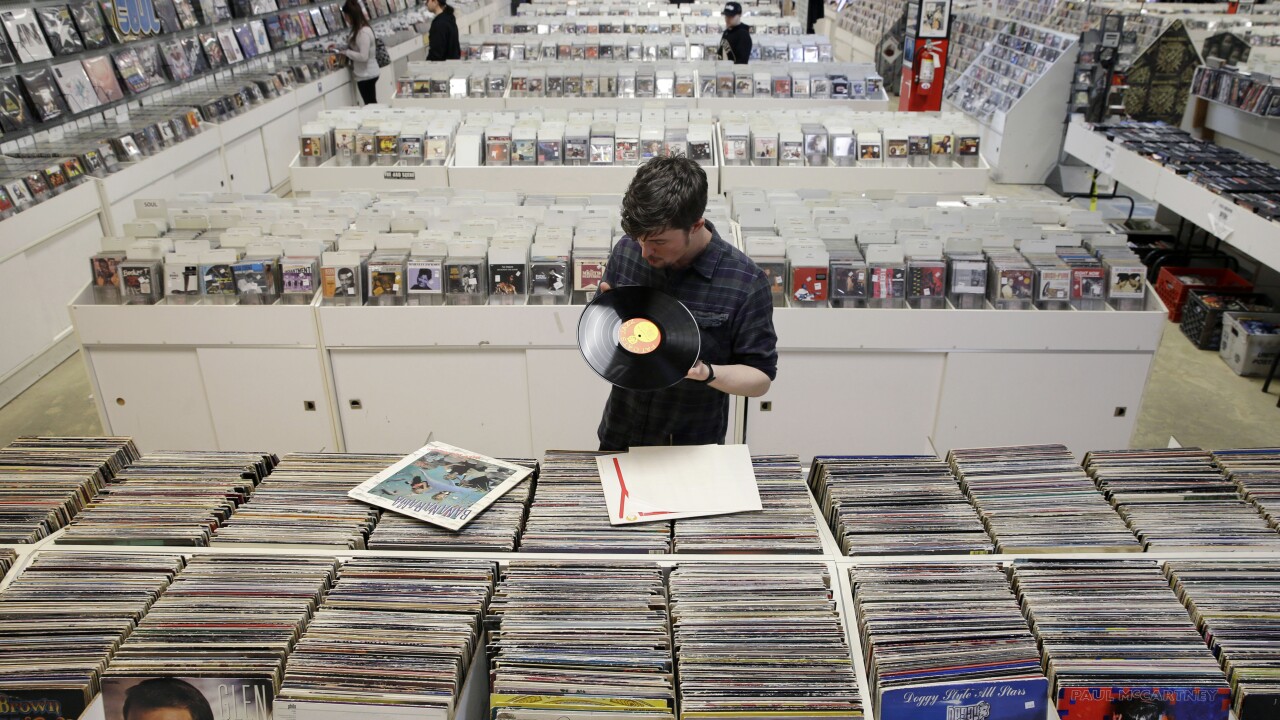 According to a report from the Recording Industry Association of America released last month, vinyl record sales continue to climb while the sale of CDs remains mostly stagnant. CDs are still outpacing vinyl records in physical units being sold, but the gap in dollar amounts spent on the two products is shrinking steadily.

When comparing 2018 and 2019 data from the first half of the year, CD sales increased less than 1% while record sales jumped nearly 13%. CDs net about $247.9 million in the first half of 2019 and records garnered $224.1 million, closing in on its smaller, flatter music cousin. If this pace holds through the end of the year, it's likely sales from vinyl records will surpass CD sales.

It's not too surprising considering the data from music sales at the end of 2018. The RIAA reported a nearly 34% decrease in CD sales from 2017 to 2018 and a more than 40% decrease in how many units were shipped. Meanwhile, vinyl records saw a more than 7% uptick in both figures.

If the trends continue, it would be the first time since 1986 that vinyl records surpassed CDs in music sales, according to data from the RIAA.