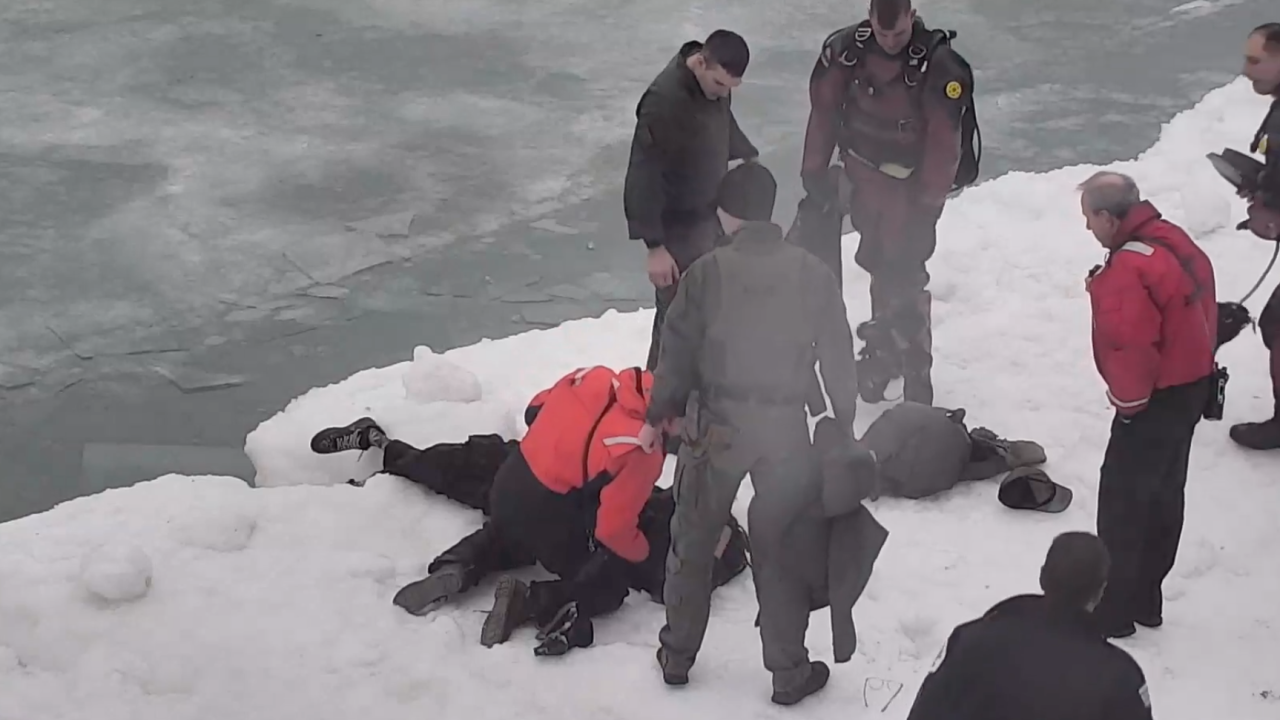 A man walking along a partially iced-over Lake Michigan in Chicago needed to be rescued by fast-acting officers and paramedics, the department said on Sunday.

The unidentified person's rescue was captured on video, and shared by the Chicago Police on Sunday.

In the video, two SWAT officers could be seen reaching the man first after a civilian who witnessed the incident ran to get help. It only took seconds for the two officers to reach into the water and pull the man out of the water.

According to the Chicago Police, the person was transported to Northwestern Memorial Hospital in critical condition.