Beluga whale spotted off the coast of Southern California 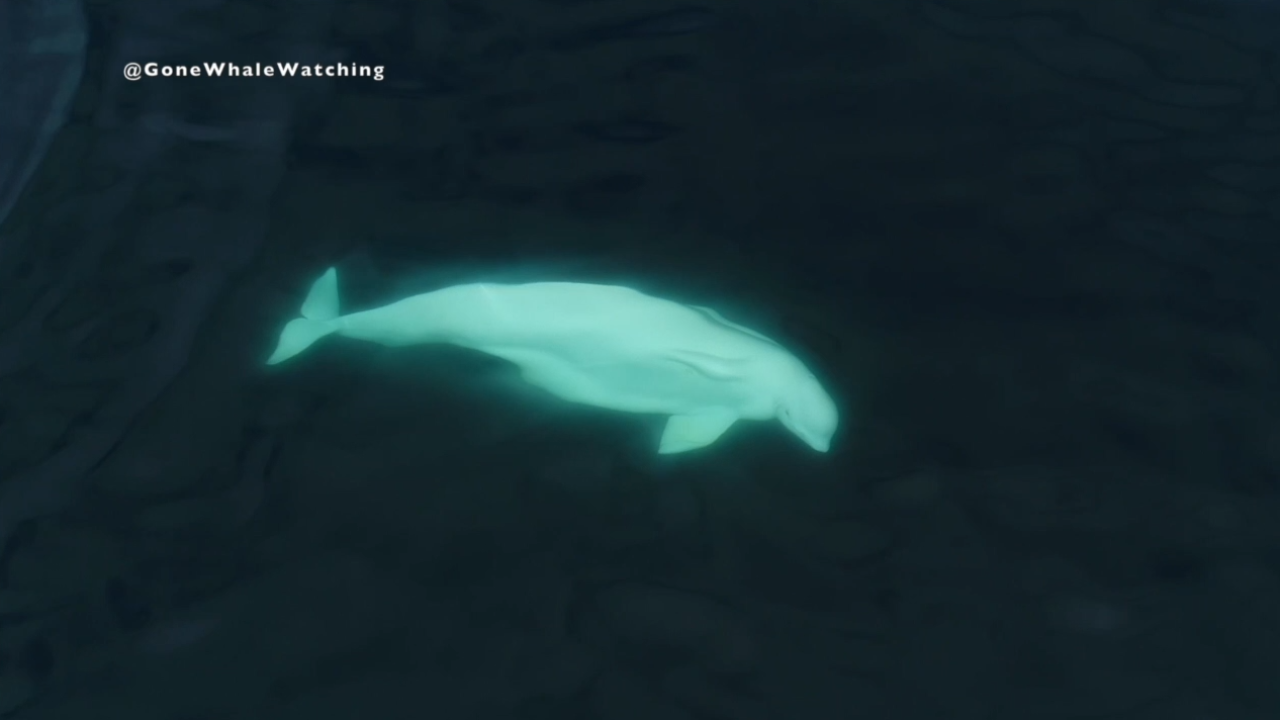 For the first time in history, a beluga whale, which normally lives in arctic waters, was spotted off the coast of Southern California. Now there's an investigation under way to find out where it's going and why.

Something like this has never been recorded before. Never has this animal been seen off the coast of San Diego, and never this far south in the Pacific Ocean.

“Imagine I’m outside at my house in Southern California and I walk out and there’s a polar bear walking down the street. It’s that unusual, it does not make any sense that this whale would be here,” Biagini said.

He said it all started when a friend of his called about the rare sighting. “She called me on the radio and said, ‘Dom we just saw a 15 foot pearly white animal with no dorsal fin.’ I said, ‘Lisa, are you trying to tell me you have a beluga whale in San Diego waters?’”

She wanted his drone expertise because she couldn't quite believe it either. So, he went and they all sat quietly. Watching and waiting for the whale to resurface. After some time it came back up and looked right at the drone.

And then he got worried. What was it doing here and so far from home? The beluga whale looked healthy enough and while incredible, now what?

Dr. Alissa Deming is the Director of Clinical Medicine at the Pacific Marine Mammal Center in Laguna Beach, California. “One of the questions as a veterinarian that we have, is why did he decide to leave his habitat? That could be an indication of something wrong, his ability to navigate his environment.”

Normally, she said, belugas live in the Cook Inlet of Alaska. They're an endangered species and they're social. They usually travel together.

From the looks of the images, Dr. Deming said the whale is older and it is abnormal that he's alone. His skin looks good and he's not thin, so hopefully he's still getting the food he needs.

But, the whale is still too far away from home and researchers are concerned, and are now looking for it.

“It's definitely searching for a needle in a haystack, a little white needle I guess. A lot of time public reporting and whale watching companies can call things in which is how this was opportunistically sighted. NOAA can put planes up or have the US Coast Guard help on a search but there’s so much water we don’t know which direction this animal went,” Dr. Deming said.

The worry is that it's headed south towards Mexico. Waters are warmer there and the Beluga will be harder to track in international waters.

“We would like them to stay up in the Alaska region. As much as I love beluga whales, I don’t want to see them off our coast because that means there’s something really wrong with their normal habitat up there in Alaska,” Dr. Deming added.

For Captain Dom, who's had an incredible run of luck, spotting the beluga and recently five species of whale and four species of dolphin, it's a dream come true.

“It's so beautiful, belugas as white as they are in waters as blue as ours. That’s not something we see here; we don’t have animals that color in water as bright and sunny as ours.”

An incredible sight, one that's now recorded as historical, and one that everyone hopes to never see again. At least when it comes to belugas hanging out in sunny, Southern California.