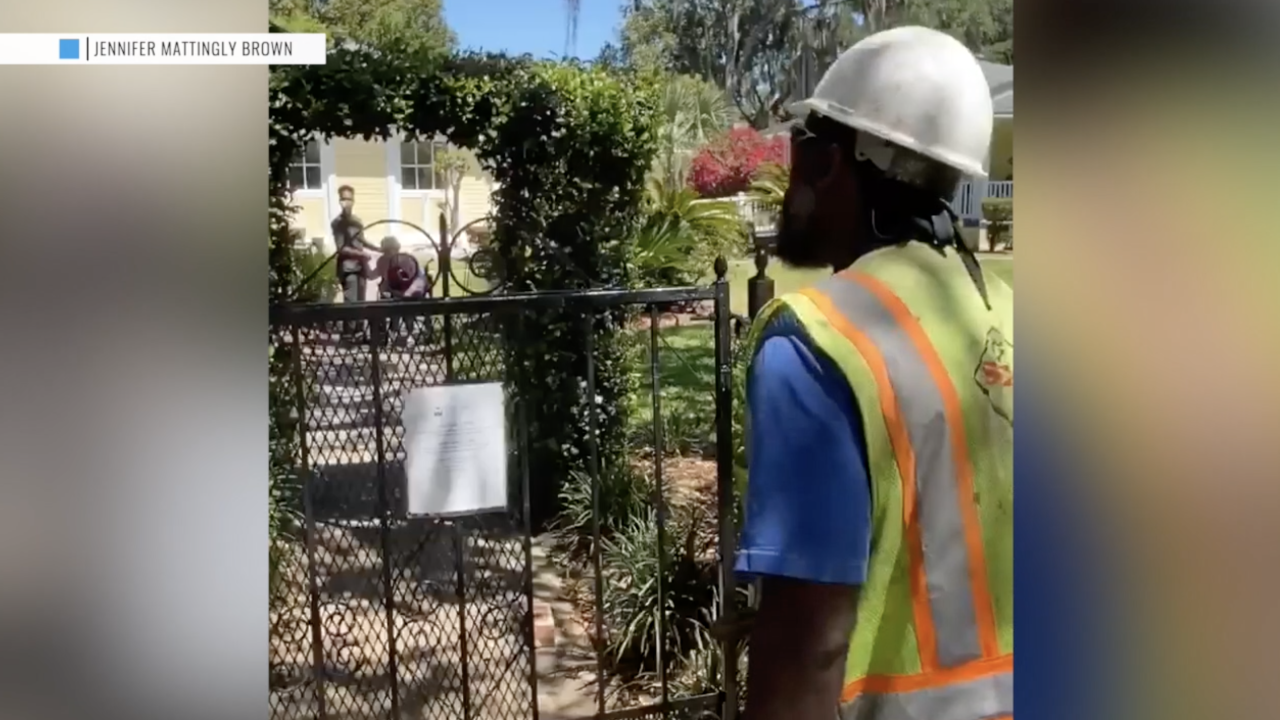 WINTER PARK, Fla. – Although the coronavirus pandemic is keeping people apart physically, it’s bringing them together in other ways. A Florida utility worker proved that.

The man, Albert Jones, gave an impromptu performance for a 94-year-old woman with dementia who was sitting outside an assisted living facility in Winter Park.

Singing “His Eye Is on the Sparrow,” Jones not only brought a smile to the woman’s face, but a video of his performance is now spreading joy online. He even caught the eye of actor Hugh Jackman, who posted the video on his Instagram.

The woman’s daughter, Sarah Ditmars Cahill, told CBS News that it’s been tough not being able to visit her mother at the facility due to COVID-19, so she’s been trying to brighten her mom’s day from outside.

One day, Cahill told CBS that she started singing and dancing from behind the facility’s gate to try and make her mom laugh. Then, she says she heard a beautiful voice from across the street. It was Jones. She then waved him over and suggested he sing to her mom because he was so much better than her.

Jones, in his hard hat and vest, gladly accepted and started serenading Cahill’s mother with the gospel hymn.

That wasn’t the last time Jones sang to the woman though. He returned, by the request of Cahill, to sing “Happy Birthday," to the woman for her 94th birthday.

Cahill told CBS that her mother was very happy to see Jones again and that “she knew his heart,” even at a distance.